On the surface, 12 Years a Slave looks like any other glossy historical melodrama, made with one eye on awards season and the other on a strong run at the box office, the kind of grand scale weepy dismissed as Oscar bait. Anyone familiar with British filmmaker Steve McQueen however, knows to expect something different entirely from this stunning, harrowing film, charting the horrifying 12 years that freeman Solomon Northup spent as a Louisana slave.

12 Years a Slave is McQueen’s third film, coming off the back of Hunger and Shame, a punishing look at IRA hunger striker Bobby Sands’ time in prison and a similarly bleak portrait of a New York sex addict. Both films were powerful character studies and showed McQueen was a talented filmmaker with an unflinching camera, reminiscent of Michael Haneke.

His talents are put to great use here though now McQueen has a script on a level of his stellar ability behind the camera. Based on Solomon Northup’s 1853 memoir of the same name, John Ridley’s script, which keeps the appealingly formal dialogue of the original story while shifting the events slightly, gives McQueen an extraordinary story to tell and he does so in a fashion that’s unmistakably his own.

The first sign that this is a McQueen film comes early on when Northup, played by Chiwetel Ejiofor in a long-awaited breakout role, wakes up from a night of jovial drinking with his work colleagues in a dingy cell, shackled at the hands and feet. Northup rightly protests his status as a freeborn black man and demands he be set free, but without his papers or someone to vouch for his identity, there’s no way out. For his protestations, the vile slaver beats Northup’s back bloody with a wooden paddle until it snaps in half. It’s the first of many devastating scenes, shown in an unbroken take that lasts only a minute or so but feels much longer.

It’s the first of three remarkable, unflinching long takes in the film. The next one arrives halfway through the film, as Northup is living on a Louisiana plantation owned by the relatively kind master Ford (Benedict Cumberbatch). While Ford is gone, Northup is drawn into an altercation with his weaselly overseer Tibeats (Paul Dano, at his most detestable). Tibeats and his cohorts try to lynch Northup before they’re reminded that he is Ford’s property and as such, they have no right to kill him. Nonetheless, Tibeats leaves Northup hanging, with only his tip-toes in the mud keeping him alive. McQueen’s camera holds on Northup, hanging there, gasping for air, while normal life on the plantation happens all around him, no-one batting an eye lid. The scene is painfully uncomfortable but McQueen makes us watch so long that we’re just begging him to cut away.

Similarly, in the final third, the film’s most violent scene dares the audience to look away from the atrocities on-screen. After his run-in with Tibeats, Northup is sold to a new slave-owner, a violent, sadistic drunk named Epps (McQueen regular Michael Fassbender) who has a thing for one of his slave girls Patsey (newcomer Lupita Nyongo’o), who he believes has been sneaking off to see the owner of another plantation. Her punishment, at the behest of Epps’ equally sadistic wife Mary (Sarah Paulsen), is to strip down and take a vicious lashing. The scene is almost unbearable to watch and as McQueen never cuts away, there’s no respite, just a sense of violent and painful urgency.

It’s a credit to McQueen’s considerable skill, and the skill of his outstanding ensemble cast, that a film about such horrifying atrocities can be so compelling and engaging. As Northup, Ejiofor delivers a strong and nuanced performance, giving Northup a dignified presence despite all that’s happening to him. Similarly impressive are Fassbender and Nyongo’o, ably portraying the inner conflict of their characters, one who is hateful but guilty about it and the other trying to stay strong despite being desperate to die. The only bum note in the cast is a jarring appearance from the film’s producer Brad Pitt, sporting a bizarre cadence in all too saintly role.

12 Years a Slave is a triumph deserving of all the superlatives coming its way. This is no overly sentimental, awards-friendly melodrama; instead it’s an outraged look at one of humanities greatest injustices, a film that is actually as important as it’s made out to be and an essential piece of cinema. 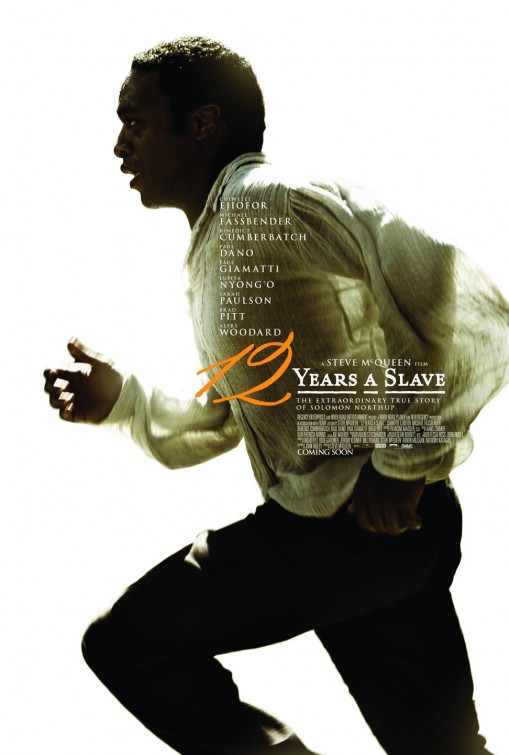