Denzel Washington and Mark Wahlberg team up in this action comedy from Contraband director Baltasar Kormákur. Does it hit the target or is it a complete misfire?

The film follows Robert ‘Bobby’ Trench (Washington) and Michael ‘Stig’ Stigman (Wahlberg) who each play undercover agents for The DEA and Naval Intelligence respectively, posing as criminals in order to take down the drug lord Papi Greco (Edward James Olmos). The twist in this well worn formula is that they’re both ignorant to where their partner’s true allegiances lie in the beginning. Things prove to be a lot more complicated than they initially thought when circumstances have them hunted and betrayed by various parties.

The interplay between Washington and Wahlberg is what really makes this film worth watching. The two leads are funny, charismatic and bounce off each other very well. Wahlberg’s quick wit and womanising charm is easily a match for Washington’s suave and hilarious quips. For the most part the jokes work and the two leads deliver them with such sophistication that the material is elevated above what it otherwise could be. Individually both actors do a great job with their characters. They separate at several points throughout the movie and I never feel like the film is just killing time until they reunite, this is down to the strength of the characters as written and the way they’re performed.

The supporting cast are very good too. Edward James Olmos is great as the slimy drug lord with a penchant for keeping bulls. He comes across as both suitably intimidating and charmingly humorous as required. He is easily a match for the wit of the two leads and there’s a chemistry between all the actors involved that makes their scenes together work really well.

Another highlight is Bill Paxton’s Russian Roulette loving corrupt CIA agent Earl, who comes across as a cheerful yet sinister threat who manages to keep the two leads on their toes throughout.

There are weak links in the film however, particularly Paula Patton and James Marsden who give the least believable performances in the film, struggling with underwritten roles.

The plot can at times be tough to follow; so many people are betraying others that I was wondering what was going on at several points. There is so much going on with such little time spent processing it that the narrative becomes confusing. The ending of the film could never be described, I expect that this was deliberate and that the overall plot is secondary to the story of the two characters and their interactions. The film has something of a Western vibe, with lots of action taking place in the desert and it could be said that the characters have something of a cowboy approach to the way they do things. It deals with the characters camaraderie very well, clearly putting across the idea that Trench and Stig couldn’t count on anyone but each other. In a busy and confusing plot, this is one thing that’s done very well.

2 Guns is a lot of fun to watch and at no point does it take itself too seriously. The plot moves along at a breakneck pace that scarcely lets up, the lead actors have near perfect chemistry and their antagonists are appropriately menacing in a tongue-in-cheek way. All things considered this film is a solid action comedy that has a lot of style if not a lot of substance. 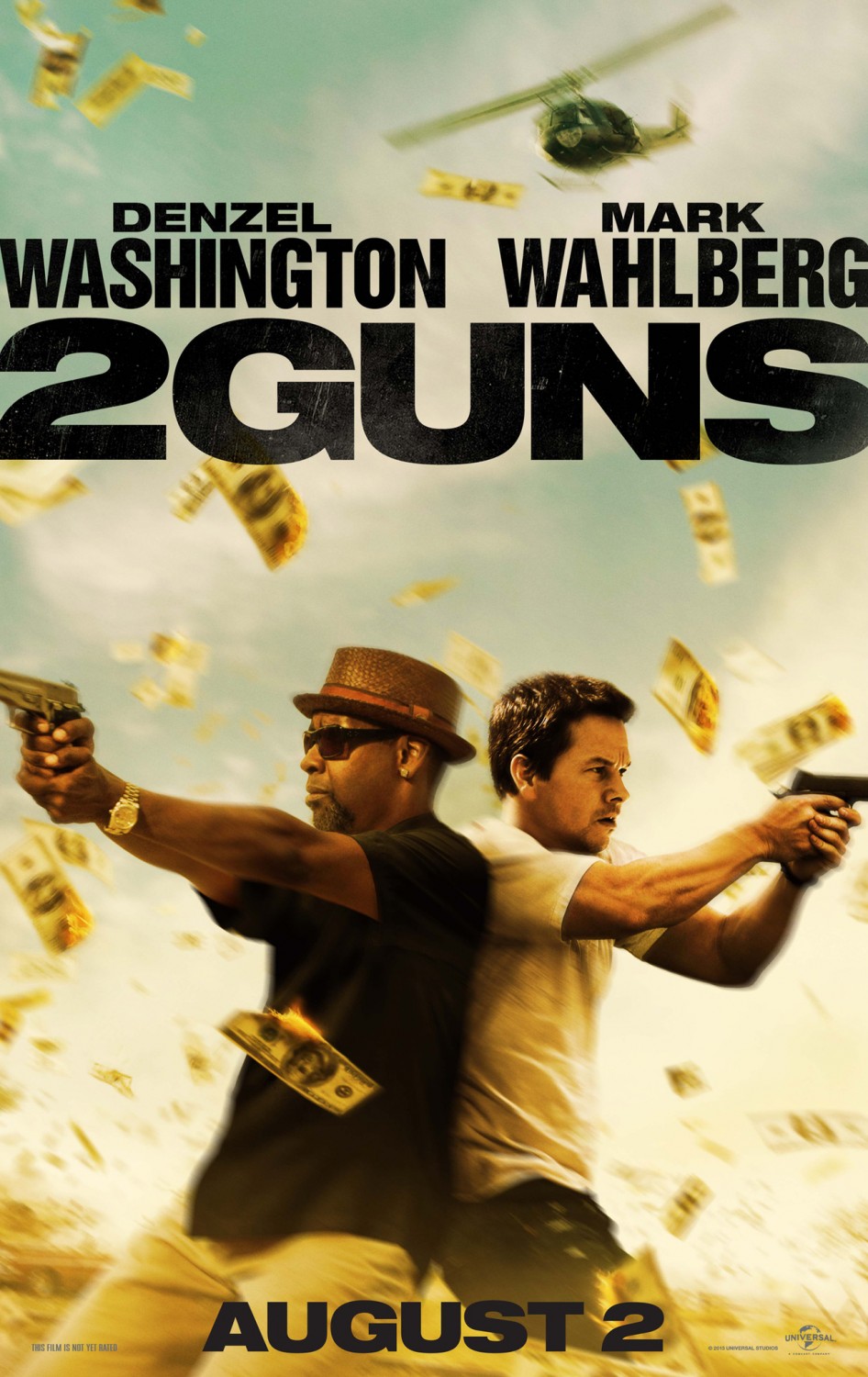