Around the midway point of David Leitch’s slick Cold War thriller Atomic Blonde, Charlize Theron’s undercover agent beats the ever-loving shit out of a series of rival spies in a prolonged and brutal fight scene that ranks as one of the best in recent memory. She kicks, punches, stabs and shoots her way through her Soviet enemies in a brilliantly choreographed, crisply shot and savagely effective action sequence.

During scenes like this, Atomic Blonde soars; it’s bone-crunching, heart-pounding, adrenaline rush cinema shot with real care to show the impressive physical performances of the actors (and their stunt doubles, of course). Leitch isn’t interested in the kind of rapid editing and unintelligible visuals that have plagued any number of post-Bourne action flicks. He shoots everything with clarity and a great use of space, establishing where the characters are in relation to each other and their surroundings.

Nothing else in the film is as crisp as the action however. Kurt Johnstad’s script – adapted from Anthony Johnson and Sam Hart’s graphic novel The Coldest City – is a mess of tangled spy thriller tropes that are never particularly rewarding to unpick. Theron’s British agent Lorraine Broughton is sent to Berlin just as the wall is falling to recover a microfilm that contains a list of undercover agents. Questions are raised about who she can trust: her deeply undercover and potentially unhinged fellow operative Percival (James McAvoy)? Slinky French operative-turned-lover Delphine (Sofia Boutella)?

The film contains so many triple-crossing double-agents that it’s hard to keep track of who’s screwing over who and even harder to care. Thankfully Leitch has such a way with action and an eye for shiny, neon aesthetics that beautifully fits this eighties-set thriller and ensures it’s always a visual treat, even as the plot spaghetti becomes particularly hard to swallow. It’s Theron however who is the film’s MVP, delivering an ultra-cool and physically imposing rebuke to anyone who still thinks we can’t possibly have a female-led spy thriller. She has the chilly façade and take-no-shit swagger but Theron also lends the character a fierce intelligence and a welcome level of vulnerability. We see the toll these brutal fights take on her body and she isn’t immune to feeling grief, however fleeting, when an ally is murdered.

That humanity is crucial to giving us anything to invest in here as almost everyone else here is essentially a one-note spy movie cliché. At least McAvoy brings a wild-eyed sense of fun to his character that’s otherwise lacking in the film, even as Leitch fills the soundtrack with an enjoyable if on-the-nose selection of 80s hits (99 Luftballons gets wheeled out more than once). But with action as superbly crafted as it is here and a commanding performance from Charlize Theron on top of her game, Atomic Blonde is compelling enough that its shortcomings are largely forgivable. Here’s hoping Leitch and Theron turn this into a John Wick-style series, as Lorraine Broughton is a character worth revisiting. 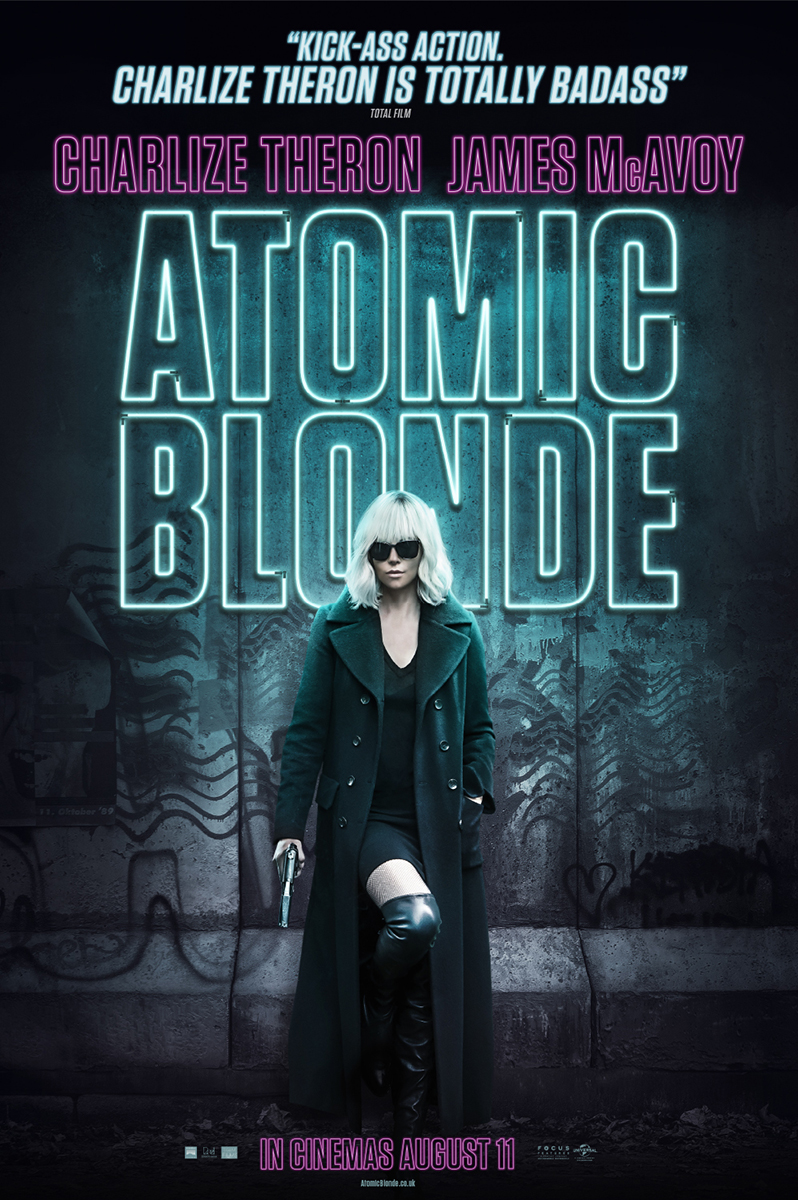