In early-’90s Britain, the Tory government attempted to crack down on rave culture by passing the Criminal Justice Bill. The bill looked to outlaw public gatherings set to music that is “predominantly characterised by a succession of repetitive beats”. This provides the backdrop to Brian Welsh’s lively coming-of-age drama Beats, the story of two West Lothian boys trying to make their way to an underground rave in the summer of 1994.

The boys are Johnno (Cristian Ortega) and Spanner (Lorn McDonald), and together they make a great on screen odd couple. Johnno is the quiet one of the two, with hunched shoulders and a grimace seemingly permanently etched on his face. Gangly motormouth Spanner couldn’t be more different, his boundless energy and devil-may-care attitude proving the perfect antidote to his hangdog pal. But they are brought together by their shared love of house music, which for both lads provides an escape from fractious home lives.

For Johnno, it’s a worried mother (Laura Fraser) and a copper step-dad (Brian Ferguson), who want to move him to a nicer area and get him away from Spanner. Living with an abusive, drug dealing older brother on a rough housing estate, Spanner’s future looks even bleaker than the oppressive suburban hell that awaits Johnno. When the boys catch wind of a hidden rave from a group of older kids, they are determined to have one night of true freedom before succumbing to the inevitabilities of impending adulthood in a world of limited opportunity.

Though Welsh and co-writer Keiran Hurley – adapting his own play for the screen – surround the characters with the political and societal woes of the time, the focus of the film is firmly on the central relationship. Johnno and Spanner have the kind of friendship that’s destined not to last – they’re from different backgrounds and are clearly headed for different things. But for this summer at least, it’s magic, and the rave is the culmination of their bond; a burst of colourful euphoria in their otherwise monotone lives, which Welsh renders literally on screen. It’s the end of an era, and Welsh captures that feeling perfectly – the exuberant highs always tinged with a melancholy edge.

Much of this is familiar from any number of coming-of-age stories but there’s an honesty and authenticity to Beats that marks it out from the pack. For a Scottish audience in particular, the setting, dialogue and characters will all feel extremely familiar and that sense of specificity radiates off the screen. Couple that with a witty and poignant script, and Beats overcomes its well-worn narrative to emerge as an irresistible snapshot of youth, rebellion and friendship. 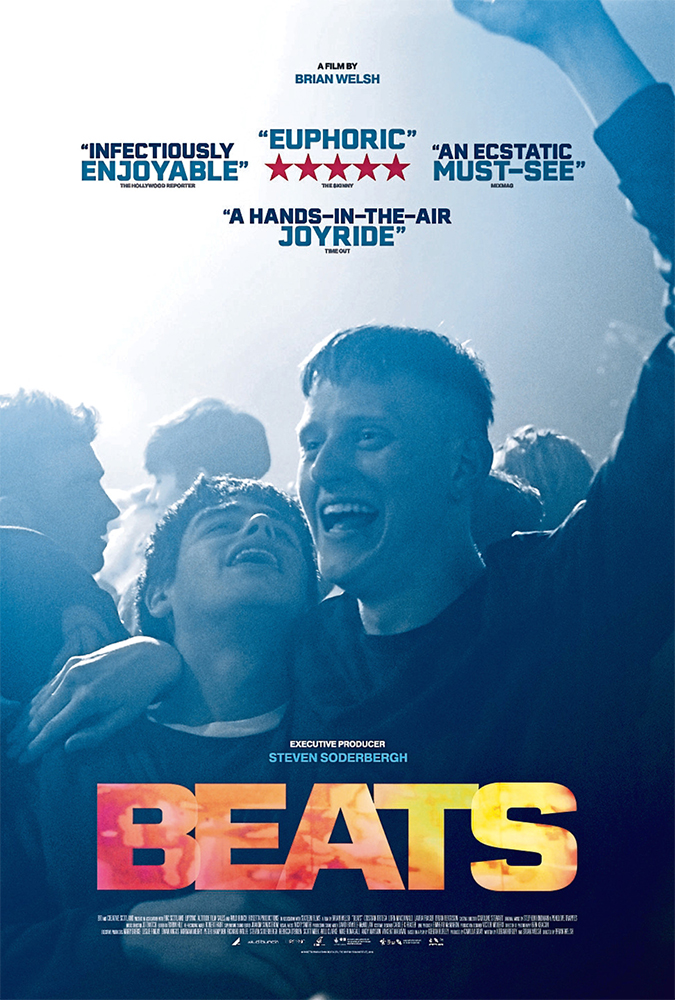