Driven by her obsessive mother, ballerina Nina Sayers (Natalie Portman) strives for perfection, earning the coveted dual role of the Swan Queen in her dance troupe’s upcoming production of Swan Lake. Though perfect for the White Swan, Nina must tap into her own sexuality to portray the sensual Black Swan, a task that pushes Nina’s mental stability to the limit.

After 2009’s phenomenal The Wrestler brought to life a tragic character study through the brutal world of professional wrestling, director Darren Aronofsky turns his attention to the world of ballet. Not as far removed from wrestling as you would at first imagine, Aronofsky tears through the grace and sensuality to bring us the physical and emotional horror endured by Natalie Portman’s fragile Nina in her quest for perfection.

Driven by her obsessive mother (Barbra Hershey), a former dancer herself, Nina’s life is consumed by ballet. When the NYC company she dances for are ready to replace prima ballerina Beth McIntyre (Winona Ryder) for the new season’s production of Swan Lake, artistic director Thomas (Vincent Cassell) chooses Nina for the starring role of the Swan Queen, a dual role encompassing both the innocent, virginal White Swan and her darker, sensual counterpart the Black Swan. While perfect as the White Swan, Nina must open her mind to embody the fiery sexuality of the Black Swan in the face of competition from the smouldering free spirit Lily (Mila Kunis), the perfect embodiment of the Black Swan.

What ensues is a manic psychological horror, charting Nina’s exploration of sexuality and descent into madness, all perfectly realised in a bravura performance by Natalie Portman. Throwing herself into the role with both feet, Portman transforms herself into a dancer, losing 20 pounds from her already slight frame and training for over a year for the role. She believably portrays Nina throughout her rise from the timid, gentle virgin in the earlier scenes to a young woman on the cusp of maturity, desperately striving both to break free of the shackles of her controlling mother and nail her dream role of the Swan Queen.

The supporting cast are all superb including a potential breakout role for Mila Kunis. An actress previously known for light comedy, here she brings a burning intensity and sly humour to Lily, making her the perfect adversary for Nina. Vincent Cassell’s cocksure Thomas also amps up the overt sexuality so absent in Nina, prowling around his theatre like a jungle cat, saddled with the film’s bluntest of dialogue in his attempts to draw Nina out of herself. Cassell’s performance teeters on the brink of caricature but in a film that only just manages to keep itself on the right side of ridiculous, that’s perhaps the only way to play it.

Black Swan acts as somewhat of a companion piece to the low beat The Wrestler, both films centring on a performer pushing themselves to the brink for their art but with Black Swan, Aronofsky has eclipsed his previous effort, this film proving to be his career best so far. Here he delivers a fine psychological thriller that’s perilously close to hammy melodrama but if you let yourself be taken in by the film, it’s a tense thrill ride packed with simmering sexuality, stunning performances and lavish cinematography, the subtle tricks of lighting helping play with the minds of viewers as Nina’s mental stability crumbles. One of the best films of 2010. 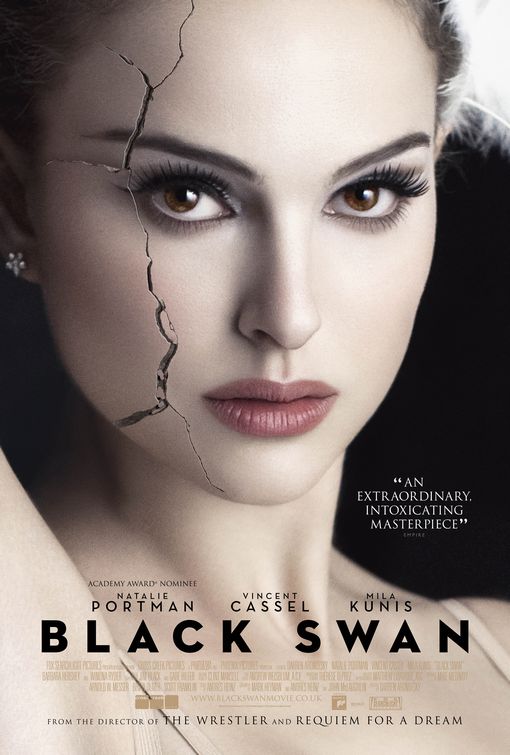