Musical biopics so often suffer from the same issues: the familiar rise-and-fall story arc as the artist finds fame, only to be beset by drugs and/or alcohol and a slew of other rock’n’roll cliches. The counterbalance to that is often the music itself, whether it’s the original recordings or faithful recreations, and of course a charismatic lead character that’s always a plum role for any actor. Bohemian Rhapsody, a biopic of Queen frontman Freddie Mercury, is no different on any count, proving to be a frustratingly conventional look at Mercury’s life but nonetheless a fun and engaging one, enlivened by a tour-de-force performance by Rami Malek.

The film opens on a pre-fame Freddie (Malek) – then known by his real name, Farokh Bulsara, son to immigrant parents from Zanzibar – as he ekes out his days as a baggage handler at Heathrow. But really, he harbours bigger ambitions. When local band Smile loses their lead singer, Freddie stages an impromptu audition, convincing the remaining members – guitarist Brian May (Gwilym Lee) and drummer Roger Taylor (Ben Hardy) – that he’s the man to take the mic. One bass player – John Deacon (Joseph Mazzello) – and a swift name change later and lo, Queen was born.

Racing through the important touchstones in Freddie’s life and the band’s career, the film touches on Freddie’s struggles with his identity – both as a semi-closeted gay man and as the son of immigrants – and of course the inevitable descent into sex and drugs. But as it moves at such a breakneck pace, it never fully delves into any of these themes, instead hinting at them and skirting around them. However accurate the film may or may not be, it’s unlikely that anyone with even a passing knowledge of Freddie and the band’s history will be particularly enlightened by this relatively surface level retelling of events.

That said, at its best, Bohemian Rhapsody is irresistibly entertaining, defying all of its shortcomings to become something immensely enjoyable and at times genuinely thrilling. Its most compelling scenes are those that focus on the music and the shear joy of watching the band performing and recording their iconic tracks, with the creation of the film’s title track proving a particular highlight. Directors Bryan Singer and Dexter Fletcher – who stepped in after Singer’s firing – wisely play the hits, leaning on Queen’s biggest tracks to bring the film back to life any time it begins to lull. It all culminates, of course, with the band’s show stopping performance at Live Aid, where Freddie – on the way to succumbing to AIDs – delivered what might be his defining performance.

Whether the role of Freddie Mercury proves to be Rami Malek’s defining performance or not remains to be seen, but it’s certainly the biggest role the Mr Robot star has played to date and he rises to the occasion with aplomb. Far from just donning a moustache and some prosthetic teeth, Malek fully inhabits the role, particularly nailing the physicality and flamboyance of a man who oozed confidence and charisma. But beyond that, he helps humanise a character who has always seemed larger than life, portraying Freddie as someone who craves greatness and adulation but ultimately struggles to cope with the excesses of fame as he looks to find a meaningful connection in a world of sycophantic hangers on.

While something a bit more ambitious, daring and unconventional would have been more fitting for a man of Freddie Mercury’s stature, Bohemian Rhapsody is nonetheless a respectful and entertaining retelling of his life, with a performance from Rami Malek that really does him justice. 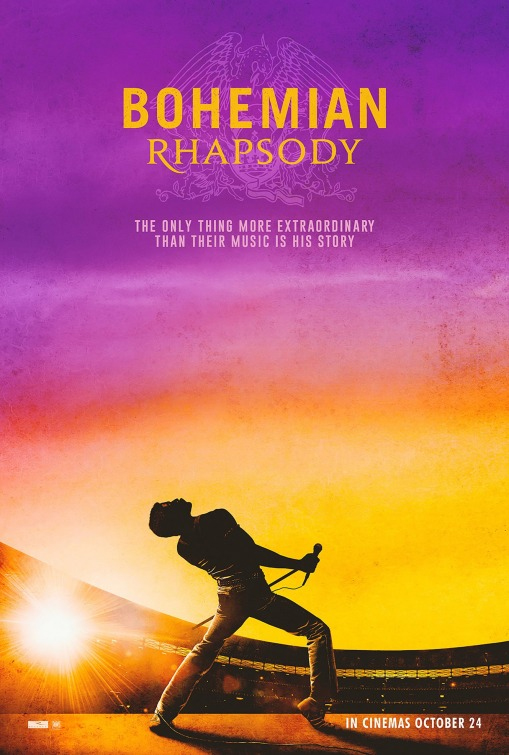