There’s a temptation to label Booksmart, actor Olivia Wilde’s directorial debut, as just a female spin on Superbad. Considering the film charts two best friends’ attempts to have a wild night before they finish up high school, it’s an irresistible comparison to make. But while the similarities are obviously there, Wilde’s well-observed depiction of female friendship feels fresh and essential; even in 2019, a teen movie focussed on female characters is a welcome change from the typical bro-centric high school comedy.

Beanie Feldstein and Kaitlyn Dever star as Molly and Amy respectively, two straight-A students embarking on their final day of high school. The future is set for both girls, with valedictorian Molly Yale-bound in the fall and queer activist Amy jetting off for a gap year in Africa. The girls have spent their school years doing everything by the book, so Molly is shocked to discover that even the kids who have partied the last four years away are destined for Ivy League schools and top tech companies. Suddenly regretting years of quiet nights and homework, the girls set out to finish their school days in style by finding the last big house party of the year.

Unlike most films of this ilk, the focus here isn’t on the girls getting laid. That’s not to say the film is chaste by any means: there are frank and open discussions about sex and both girls have their eye on someone. But the characters here just have more on their mind, a more nuanced set of motivations than just hooking up before they go to college. For Molly in particular, finding this party represents the last chance to show everyone that they were wrong, that actually she is every bit as fun as they are.

In her first turn in the director’s chair, Wilde shows a keen eye for visuals that elevates Booksmart’s aesthetic well beyond what most comedies even attempt. Not content to settle for a sitcom feel, Wilde’s film is decidedly cinematic, enlivening well-worn sequences with flair and visual ingenuity. A set piece shot in a swimming pool in particular stands out as a scene that’s inventively shot while perfectly complimenting the emotional impact of what we’re seeing. Wilde shapes the smart script – from writers Susanna Fogel, Emily Halpern, Sarah Haskins and Katie Silberman – into a film that’s tonally pitch perfect and paced so well that even the slightly creaky scenes are quickly forgotten.

At the centre of it all is a pair of wonderful performances from Feldstein and Dever, two actresses who have been around in supporting roles but are finally excelling in leading roles worth their talents. Feldstein – the sister of Superbad star Jonah Hill – is charming despite her character’s often smug demeanour. Beneath her air of superiority, there’s a real vulnerability and warmth. Dever meanwhile, gives the quieter, more soulful performance as a young woman grappling with her burgeoning sexuality. Together, the girls are electric, sharing a chemistry that’s so lively and natural that it can’t be faked.

Though many of the plot points feel familiar, centering things on a female friendship – particularly one as richly drawn as this one – allows Booksmart to give a fresh spin on some of the genre’s more tired tropes. It’s a film that hits all the crowd-pleasing beats of a typical teen comedy, while infusing it all with an empathy and progressiveness that’s very much of its time. 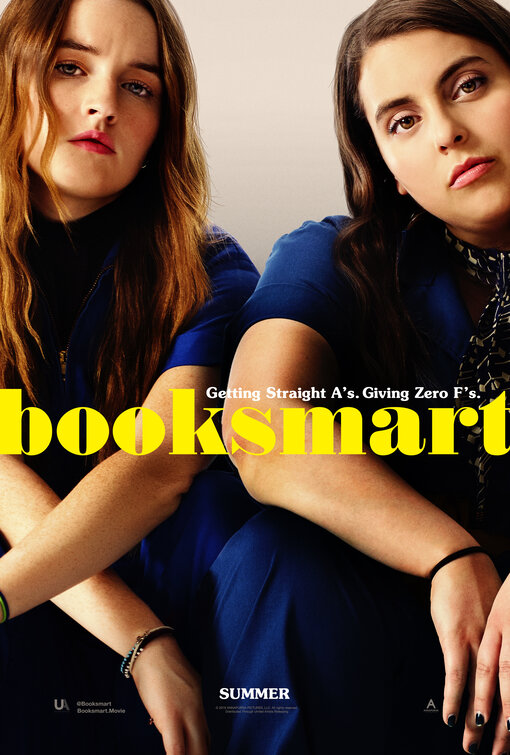