It’s hard to make a character like Captain America work in a modern day setting. His old-fashioned earnestness and old-school patriotism is on the surface completely at odds with the cynicism of today’s world but the choice to model Captain America: The Winter Soldier after the great conspiracy thrillers of the 1970’s proves to be inspired.

Instead of focusing on the ‘man out of time’ aspect of the Captain America character that The Avengers touched on, The Winter Soldier is more concerned with the contrast between the old school, Golden Generation values held by the Captain, aka Steve Rogers (Chris Evans), and the shady practices of his employers SHIELD. The super-espionage organisation has played a big part in Marvel’s cinematic universe so far but their presence has never been felt as much as it is here and their shady practices loudly echo the NSA’s real-life privacy-invasion scandal. It’s the kind of bold move that isn’t often found in a big-budget tent pole and one of many that mark out The Winter Soldier as a different beast to its Marvel franchise-mates.

The Winter Soldier proves to be the most grounded of the Marvel films to date, with at least the first two acts focusing on deception and don’t–trust-anyone paranoia instead of a cosmic MacGuffin or an all-powerful villain trying to destroy the world. The plot delves deep into the corruption that is seemingly rife within SHIELD, who have hung Rogers out to dry, leaving him with only wily spy Natasha Romanoff (Scarlett Johansson) and ex-marine Sam Johnson (Anthony Mackie) as allies. There’s also the small matter of a mythical assassin, the titular Winter Soldier, who appears to be targeting Cap and his buddies. Needless to say, Rogers has history with the Winter Solider, whose real identity will be known to anyone who has even a passing knowledge of the comics or happens to have visited the film’s IMDb page lately.

Nonetheless, their backstory lends the fight scenes between the pair a bit more of an edge, almost recalling the Vader-Luke battles in Star Wars. The violence here, much like the film itself, feels more down to Earth. Rogers may have a fancy shield and be about as strong and fast as any human can get, but he’s still a human and the action scenes are mostly grounded, hand-to-hand battles that are closer to the Bourne series than Marvel’s own back catalogue. It helps that the Winter Soldier is a worthy adversary that can take on Rogers man-to-man, relentlessly and dispassionately trying to complete his mission, like some kind of emo Terminator.

It’s unfortunate that the film ultimately gives in to convention with a big airborne action climax that feels all too familiar in the Marvel universe. It isn’t particularly bad, just unnecessary and generic, which is a big let down for a film that had largely avoided formula up to this point.

Nonetheless, The Winter Soldier proves one of Marvel’s better films thanks to a tight espionage plot and an endearing cast buoyed by new additions – Robert Redford’s casting as SHIELD’s head honcho is a smart nod to films like Three Days of the Condor which were a clear influence here and Anthony Mackie is a welcome shot of charisma. Marvel have been relatively strict in following their house style but this film stands out, for the better, as something a little different and hopefully that’s a sign of things to come. 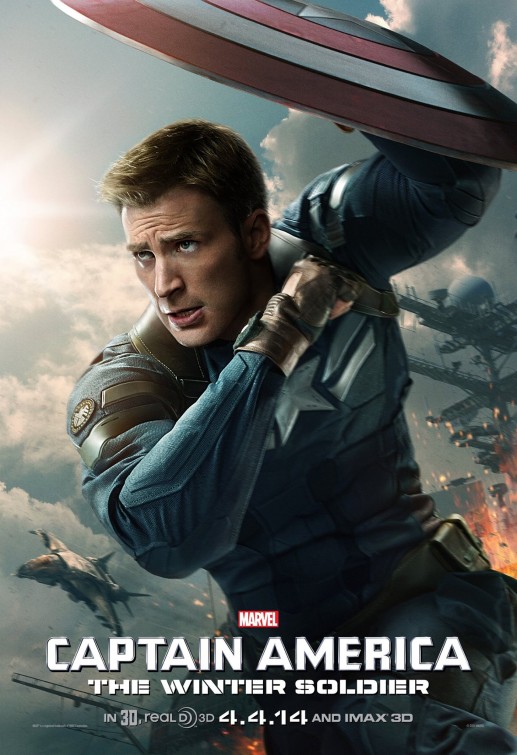