“How can a film starring Tom Hardy, Gary Oldman and Noomi Rapace possibly be bad?”, you might ask. Well Daniel Espinosa’s grim, sluggish, muddled Soviet thriller Child 44 has all the answers.

Hardy is always magnetic on screen and even saddled with an iffy Russian accent, he gives a compelling enough performance as Leo Demidov, a national war hero turned MGB agent at the centre of the film’s two stories, both of which could’ve made a better film on their own.

Firstly, there’s the story of Leo’s wife Raisa (Rapace), who has been wrongfully identified as a spy by Leo’s agency buddies, in particular Joel Kinnaman’s blandly sinister Vasili who has a serious grudge against the couple. Leo is given the chance to denounce his wife by his senior officer (Vincent Cassell) but he remains loyal and the two are shipped out to a crumbling outpost miles outside Moscow.

This plotline takes up most of the first half of the film and has a few interesting wrinkles, particularly the revelation that Leo and Raisa’s marriage is founded on fear rather than love, with Raisa afraid to reject the besotted Leo’s advances. Considering Leo has just given up his home, his career progression and his status as a hero to save her life and live in the middle of nowhere, this turn of events could have provided ample fuel for a compelling drama all on its own.

However, that storyline essentially resolves itself in order to focus on the murder mystery plot involving a serial killer who is murdering children in and around Moscow. The killer first comes to Leo’s attention when his godson is found dead on a railway line, but in Stalinist Russia, murder is seen as a capitalist problem so no-one can acknowledge the death as murder for fear of being executed for treason. It’s another potentially interesting twist on a standard murder mystery, but it only stops Leo investigating the crimes for so long before he’s somehow able to nip in and out of Moscow at will and track down the killer without much resistance.

Any tension between Leo and Raisa pretty much evaporates at this point as she tags along with Leo and his weary commanding officer (Gary Oldman) on the trailer of the killer, who is revealed to be a generic movie weirdo with muddy motivations.

Ultimately neither of these stories is fleshed out enough and the complexities are never properly explored, with most of the personal dramas, political sideplots and the murder mystery aspects wrapped up all too easily. The murky, morally dubious world we are given here demands some layers and shades of grey but ends up boiling down to good guys (Leo) and bad guys (Vasili). The very end even feels like a set-up for something yet to come, as if this is the poorly executed pilot for a TV series that never quite made it. Considering the talent involved, it’s a baffling mishandling of a story with so much potential. 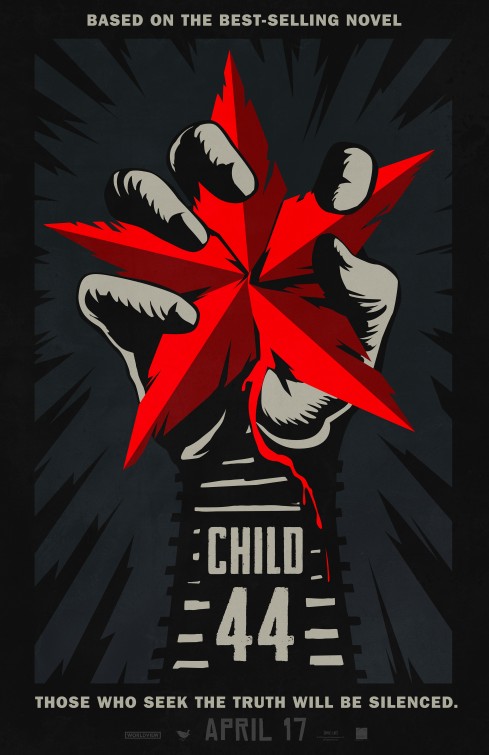