Drawing on the cringe comedy and mockumentary style of Christopher Guest and Garry Shandling, British sitcom The Office was a sensation, spawning a number of imitators and making a star of its creator and leading man, Ricky Gervais. It’s been fifteen years since the last episode of that show ended, so although Gervais has kept his character, David Brent, alive in the meantime, you’d be forgiven for seeing this leap to the big screen as more than a little bit cynical. Thankfully the film is lot funnier and far less desperate than it might seem, proving to be one of the best sitcom-to-big-screen transitions.

Life on the Road finds Brent the subject of another documentary after any mild fame he gained from the documentary-within-a-mockumentary that was The Office has died down. But the film finds him in another office, this time as a salesman at a sanitary supplies company. Since he’s not the boss of this office, no-one has to put up with his embarrassing and offensive attempts at humour and most of his new colleagues are quick to shut him down, save for fellow wannabe comedian Nigel (Tom Bennett, brilliant) and Pauline (Jo Hartley), who has the hots for the oblivious Brent.

The subject of the faux-documentary this time is Brent’s last ditch attempt to launch a music career, taking a month off work to go on tour with his band Foregone Conclusion. The dynamic between Brent and the rest of his band echoes that of the original series. He’s paying them all to be there – they are all session musicians, other than rapper Dom Johnson (Doc Brown aka Ben Bailley Smith) – so they have to put up with him, but none of them like him. Cue a series of deadpan eye rolls and mortified glances as they try to hold it together while Brent ‘gets political’ in a series of ill-conceived, offensive protest songs that find Gervais’ sweet spot right on the line between funny and so cringe-worthy you worry you might pull something.

With such an enduring character, it can be difficult to find new shades that we haven’t seen before and with Life on the Road, Gervais doesn’t really reveal any other side to Brent. What we get is definitely funny – particularly any time he allows himself the chance to just ride out a long and excruciating wave of social embarrassment – but very little here feels new. In fact, there’s a slightly dated feel to some of Brent’s tone-deafness, which has always been part of the point but in a time when people are generally more socially conscious, it feels like a missed opportunity to update Brent’s misguided faux-activism.

It’s clear that Gervais has a massive affection for this character that comes through in every scene but that affection works to the film’s detriment as it reaches its climax. Gervais succumbs to an overly sentimental instinct that hampered his last sitcom Derek, having other characters’ opinions of Brent shift so suddenly and dramatically that it doesn’t really ring true. The film’s overriding message, encapsulated by Brent’s outburst late in the film, is that it’s better to try and fail than just settle for your lot in life: “they’re reps who like being reps and I’m a rep who wants to be something else”. That sentiment is true to the Brent character – and surely a veiled dig at the notoriously thin-skinned Gervais’ critics – but the characters rallying round him feels unearned and underdeveloped.

While it’s certainly a flawed film that would probably have benefitted from some input from The Office co-creator Stephen Merchant, Life on the Road is an often hilarious reminder of why Brent is such an iconic comic character. If this proves to be the last time we see the character – and really, where else is there to go? – it would be a fitting send off. 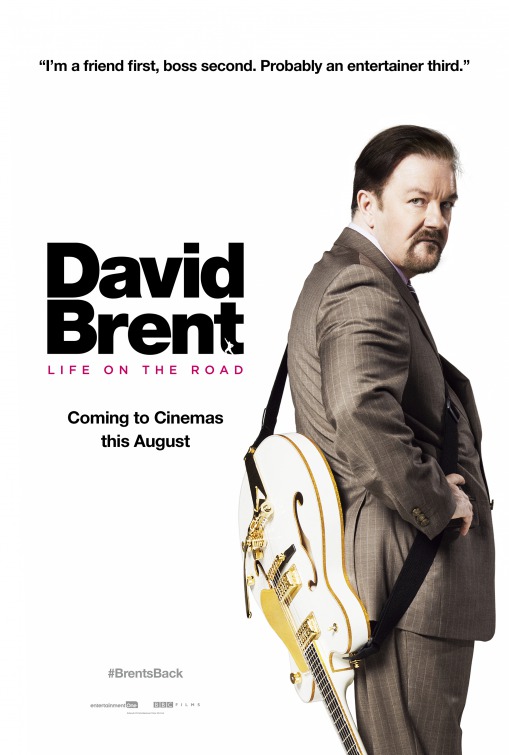