Though he made his name with the dull gorefest that was 2013’s Evil Dead remake, Uruguayan director Fede Alvarez showed enough visual smarts to suggest he was capable of something better. His sophomore effort Don’t Breathe is a huge leap forward, milking its simple-but-effective premise for every possible exploitative thrill it can possibly find. Right up until this approach becomes tedious, Alvarez takes both his characters and the audience on a grimy, visceral thrill ride through a haunted house where the ghoul is all too human.

The characters we follow into the house are Rocky (Jane Levy), Alex (Dylan Minnette) and Money (Daniel Zovatto), three small time Detroit hoods looking for an easy score. They usually keep their jobs small enough to avoid any serious jail time if caught but this one is too good to pass up: a blind army veteran (Stephen Lang) with a sizeable chunk of cash stored away in his creaky old house, which is situated in a mostly abandoned neighbourhood. Money and Rocky plan to use the cash to run off to California for a fresh start, with Rocky’s little sister in tow. The less-hardened Alex is roped in by Money’s bullying and an obvious crush on Rocky.

The kids make the mistake of thinking they can sneak into the man’s house while he sleeps and, as long as they’re quiet, get out of there without any problems. Think again. Lang’s veteran is a hulking, highly trained beast who doesn’t take kindly to these strangers lurking in his house. At first it seems like he’s just defending his home and his money but when he locks up the house and boards up the windows with the kids still inside, it’s apparent there’s a lot more to this man than the kids bargained for. Of course, we already know there is after an ultimately pointless opening scene is a shot of the man dragging a limp body up the street. While that technique can be an effective way of setting the tone, here it just leads to distraction and needlessly gives away what could’ve been a genuine surprise.

Don’t worry though, there’s much more in store later on as the script – co-written by Alvarez and his Evil Dead collaborator Rodo Sayagues – turns into a seemingly never-ending series of plot twists, shock reveals and false endings. Characters are saved at the last second and return from presumed death numerous times in a wild third act which first elicits gasps, then incredulous laughter and eventually tired eye rolls. Alvarez’s commitment to shocking exploitation cinema works for the most part though there are some moments during the finale that almost veer from appealingly schlocky to crass and unpleasant.

His script might be wobbly but behind the camera, Alvarez shows a brilliant command of space, tension and pacing. Early shots inside the house establish where everything is: the rooms, the exits, the alarms and yes, potential weapons. The camera swoops through the house with the characters, letting us pick up little details about the occupant and get our bearings before the shit really hits the fan. The action builds slowly at first, with short, sharp bursts of chaos any time Lang’s trigger-happy vet gets an idea of where any of the other characters are. Most of it is quiet, of course, as the kids sneak through the house and the man tries to track them down, sometimes coming almost face to face with each other in scenes that make both the characters and the audience hold their breath.

There are scenes of ingenuity and nerve-shredding tension peppered throughout the film, with the highlight coming via a Silence of the Lambs-esque night-vision sequence that gives Lang – all grizzled features and taut muscle, with deformed eyes – the appearance of a literal monster as well as a figurative one. Lang is best known for his villainous role in Avatar but here he gives a quieter, more physical performance with only a handful of lines but is superb nonetheless. Before the extent of his horrific actions are exposed, the character is borderline sympathetic, especially when compared to the kids trying to rob his house. That quickly shifts though and we’re asked to root for the kids – Rocky especially – who has just enough of a sympathetic backstory to make it work.

While the messy final third threatens to derail the film, Don’t Breathe is an impressive exercise in old-school tension and exploitative thrills, with Alvarez making good on the potential he showed with his debut. 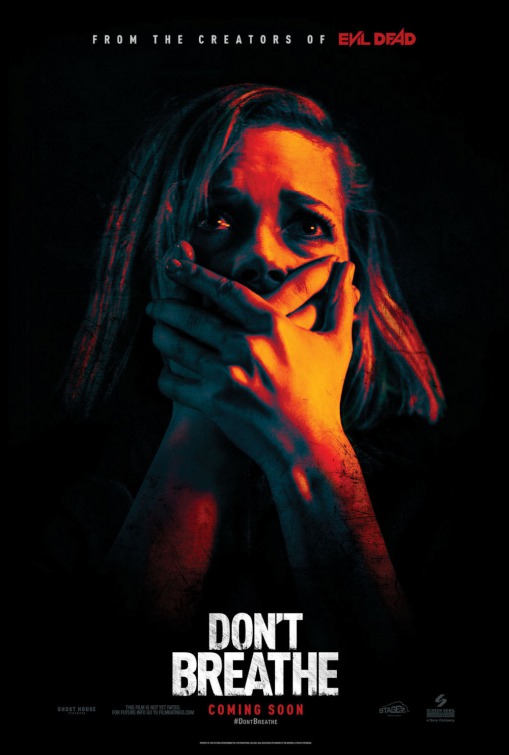