Eager to protect his neighbour and her son, a Hollywood stuntman and part time getaway driver gets involved in a heist that goes horribly wrong, leaving him involved in a bitter, violent feud with local mobsters.

A movie stuntman by day, Driver moonlights as a getaway driver for hire and in a superbly executed opening sequence, we see Driver’s expertise at work as he navigates the streets of LA with craft and precision, operating as a wheelman for two hoods after a job, exhibiting composed cunning to evade the police giving chase.

We’re soon introduced to Driver’s neighbour Irene, played with quiet vulnerability by Carey Mulligan. Driver grows close to Irene and her cute son Benecio (Kaden Leos) only to discover that Irene’s husband, the ludicrously monikered Standard Gabriel (Oscar Isaac), is due to return home from prison in a week. Showing genuine remorse for what he has done, Standard tries to stay out of the kind of trouble that ended him up in jail but he is quickly dragged back in after the local mob attacks him and threatens his family. Eager to protect Irene and Benicio, Driver agrees to help Standard with his ‘one last job’ which of course goes hideously wrong and lands Driver in a bitter feud with veteran mobsters Nino (Ron Perlman) and Bernie Rose (Albert Brooks).

On screen for virtually the entire film, Gosling adds another strong performance to a CV that already boasts a number of them, including The Believer, Lars & The Real Girl, last year’s sensational Blue Valentine and his Oscar nominated turn in Half Nelson. Rarely speaking unless absolutely necessary and sporting a dirty white racing jacket with a gold scorpion emblazoned on the back, Gosling creates an iconic anti-hero that could become a real cult favourite.

Much like the character, the film itself has a strong undercurrent of violence bubbling just beneath the surface waiting to explode and when it does, it really does. Featuring gory headshots, hammer attacks, wrist slitting and head stamping, Drive is without a doubt one of the most violent films of the year, showing everything in unflinching detail. Alongside the extreme acts of violence and essential to a film called Drive, there are also a number of well executed car chase sequences. Directed with flair and avoiding the typical messy shots, clunky CGI and pointless explosions seen in the majority of action movies, the driving here is slick but grounded in reality, a throwback to a different era.

The thrilling car chases and brutal, gory violence offsets an otherwise quiet, moody film, filled with long, meandering shots of LA, all neon lights and tall buildings, beautifully shot by cinematographer Newton Thomas Siegel. Many scenes play out with barely any dialogue, particularly those involving Driver and Irene as they do the majority of their talking with their eyes and body language, brilliantly played by Gosling and Mulligan. The supporting cast is peppered with solid character actors including Breaking Bad’s Bryan Cranston as Driver’s shady mechanic and confidante Shannon, veteran comedian Albert Brooks dialling back the comedic likeability in favour of a darker, seedier persona and Ron Perlman hamming it up as Jewish mobster Nino. Mad Men’s Christina Hendricks also pops up in a small but memorable role.

Boasting an iconic lead, a strong supporting cast, gorgeous cinematography and a killer electro soundtrack, Drive is definitely one of the year’s coolest films. Refn has marked himself out as a real auteur, creating an arty yet mainstream noir thriller that’s both beautiful and exceptionally bloody. Though it received a Palme D’Or nomination and a Best Director prize for Refn at Cannes this year, a film so steeped in genre style as Drive is unlikely to be a front runner come awards season but it is certainly one of the year’s best films. 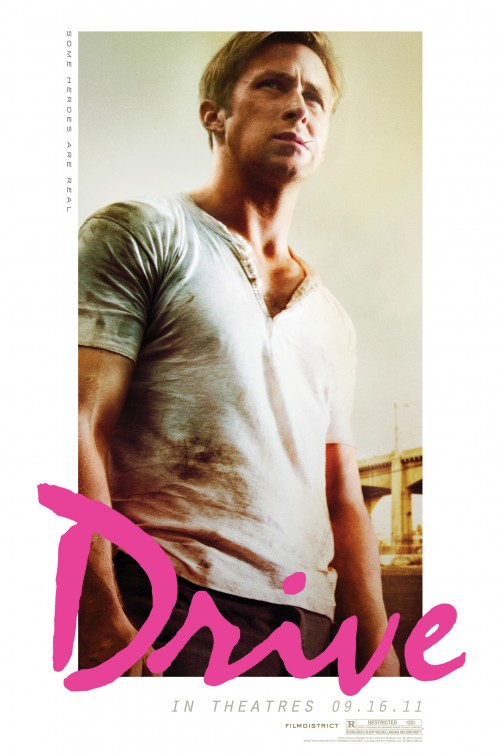