When financial strains force newlyweds Molly (Gretchen Lodge) and Tim (Johnny Lewis) to move into Molly’s childhood home, the ghosts of Molly’s traumatic past begin to haunt her. With truck driver Tim out on the road a lot, the bumps in the night and continual voices, real or imagined, begin to take their toll on ex-heroin addict Molly and she begins to lose control.

Back in 1999, Eduardo Sanchez changed the horror genre as co-director of The Blair Witch Project but he has subsequently fallen off the map with lacklustre efforts. Lovely Molly won’t make quite the same impact as his debut but it’s a welcome return to form for Sanchez.

The found footage style of The Blair Witch spawned numerous copycats and paved the way for the likes of Paranormal Activity to rake in box office dollars. Sanchez avoids completely going back to the well but there are handheld camera scenes as compulsive video blogger Molly attempts to document her torment. These scenes are effective in small doses, lending an intimacy to the terror which is given more weight by Sanchez’s focus on character as much as scares. Though the extent of the abuse Molly and her sister Hannah (Alexandra Holden) faced at the hands of their dead father is never fully disclosed, the characters still feel more fully fleshed than you would expect in a film of this ilk.

Sanchez also delivers a satisfyingly gruesome payoff with some really bloody horror in the final act. He wisely keeps the audience guessing as to whether Molly’s issues are real or imagined – though a scene late on suggests there’s a lot more to it – but the film is effective as a gory study of a young woman losing her mind.

If the film isn’t likely to make an impact, its star certainly is. As Molly, newcomer Gretchen Lodge gives a fiercely committed performance. She is both touching and terrifying as she helplessly descends into madness, equally as mesmerising when struggling with her addiction as she is sexually abusing the local pastor or slaughtering a dear.

Though it doesn’t entirely hang together, a few unnecessary subplots feel underdeveloped and Tim is a weak character, Lovely Molly succeeds in creating sufficient tension leading up to a brutally violent climax which hinges on the power of Lodge’s performance. 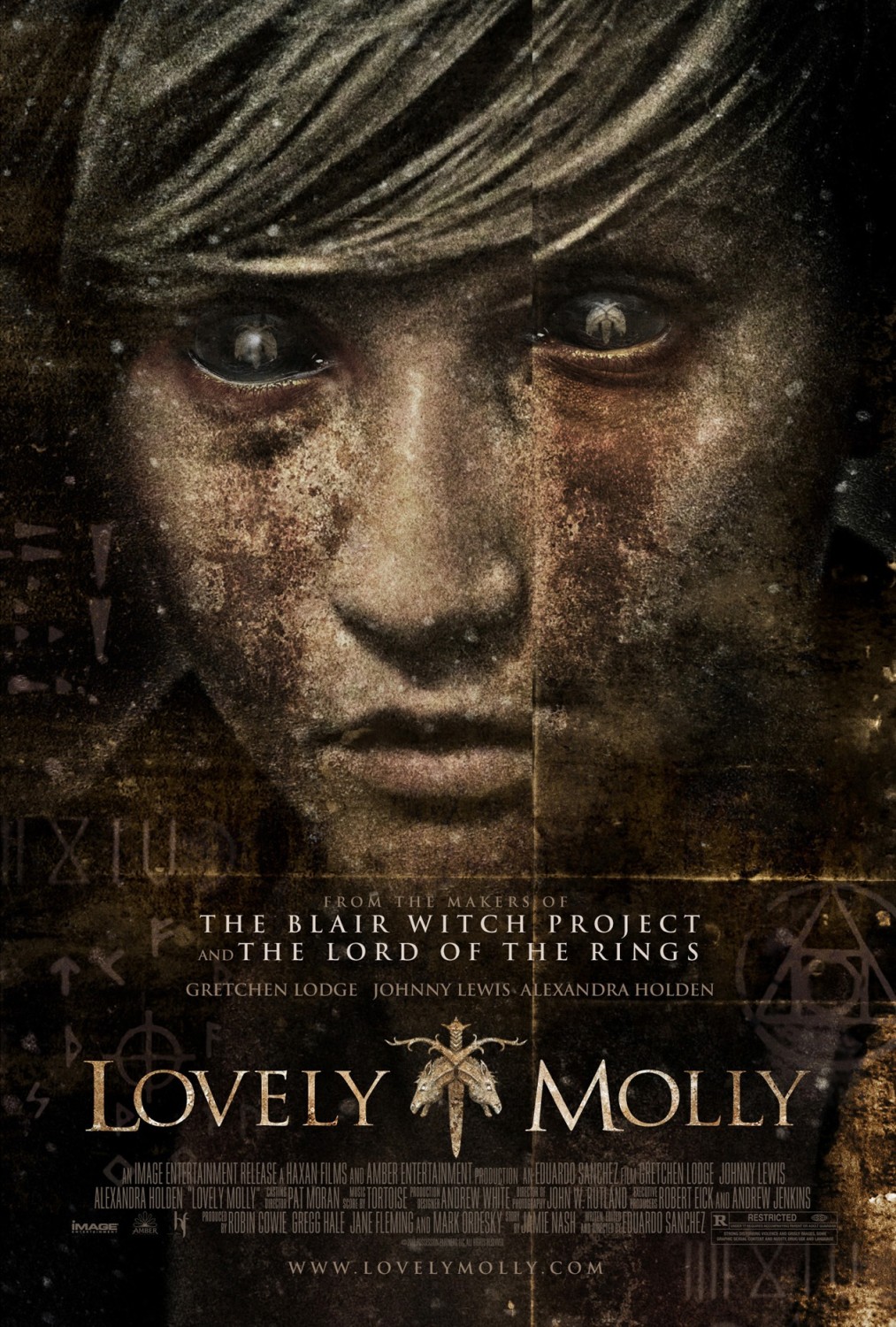