Separated by only one mile, the Birmingham districts of Aston and Handsworth are embroiled in a long standing gang war between Aston’s ‘Johnsons’ and Handsworth’s ‘Burger Bar Boys’. The conflict is so bad that if someone from Aston is spotted in Handsworth or vice versa, they’re likely to get beaten up at best, shot at worst.

After her 2009 drama 1 Day starred real life gangbanger Dylan Duffus, director Penny Woolcock was contacted by a member of the Johnsons crew named Shabba, eager to arrange a meeting with Duffus to try and negotiate a truce between the rival gangs.

The attempts of the two men to bring their community together provides the basis of One Mile Away, an engaging documentary that takes place between early 2010 and late summer 2011, culminating in the London riots that spread across the country.

Woolcock’s film follows Shabba and Duffus in their efforts to recruit key members from either side to help bring about peace but both are met with resistance and suspicion that it’s some kind of set up involving the opposing gang or even the police. One man willing to discuss change is Zilla, an older member who has just been released from prison after serving a long stretch for murder. Woolcock devotes a section of the film to the process that landed him behind bars, condemning the legal system that allows an anonymous witness to give crucial evidence and put potentially innocent people away for a long time.

Perhaps the most shocking thing about Woolcock’s film is seeing the mentality of youths in these areas and how they’re already caught up in the gang culture by the time they’re in their early teens. Days after interviewing a group of 17 year olds, a young teenager is stabbed and killed, leading to an outbreak of violence that culminates in shootings at a local carnival, providing the film’s harshest and most tense scenes.

Though it is Shabba who begins the film, the majority of the focus is on Duffus, a more natural screen presence who speaks with intelligence and charisma about the ridiculous scenario his community finds itself in. Shabba, though just as well meaning, is quicker to blame politicians, the police and ‘the system’ in general, even advocating violence as a means to get their point across when the rioting breaks out.

The riots provide a turning point in the film, moving the focus from the gang wars to the bigger picture of the way police treat minorities and how the government is happy to turn a blind eye if it’s more convenient. Woolcock herself becomes part of the film as the police attempt to shut down her filming and demand to see all of her footage before she’s allowed to continue.

Though the use of amateur hip hop from various key players in the documentary is an inventive touch, it feels like an unnecessary gimmick only adding to the feeling that a lot of these ‘gangstas’ have watched Boyz In The Hood a few too many times but missed the point. Still, the overall themes of community and the positive breakthroughs towards the films end add up to a satisfying, if occasionally frustrating film. 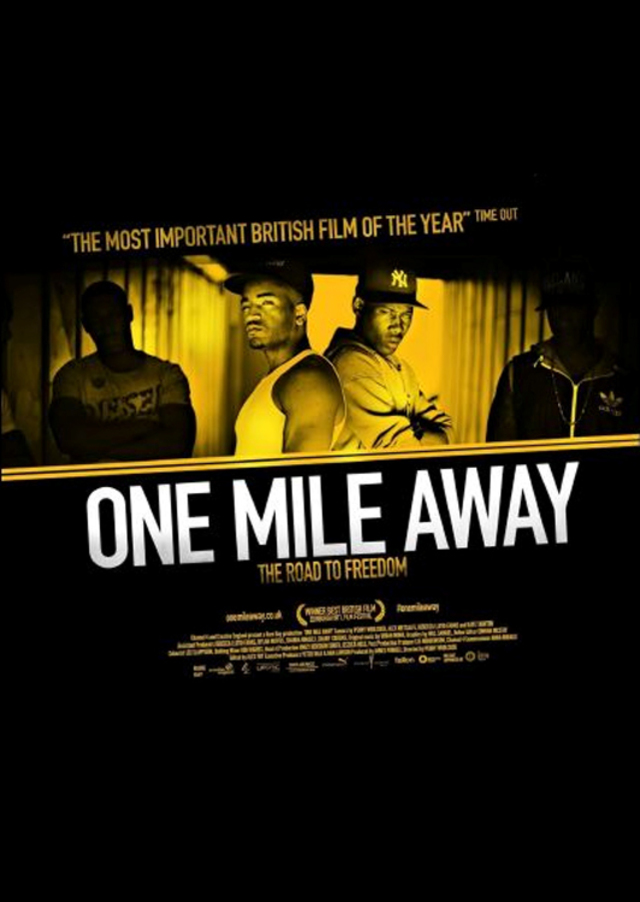