Considering the festival had already featured a number of big hitters, speculation was rife about what the ‘surprise movie’ would be at this year’s Edinburgh International Film Festival. The favourites seemed to be controversial Cannes entry Only God Forgives or Irvine Welsh adaptation Filth.

The revelation that it was in fact Richard Curtis’ latest romantic comedy About Time was met with sighs of derision from those expecting a flashier choice but two hours later, many will have been won over by this sweet, schmaltzy crowd-pleaser about appreciating the little things in life.

In his biggest role to date, Domhnall Gleeson plays Tim who has just been told by his father (Bill Nighy) that he’s capable of time travel. Like any man in his early 20’s, Tim immediately starts to work out how this can help him get a girlfriend, which of course it does, in the form of Mary (Rachel McAdams), a beautiful American he meets in an inventive and delightful meet-cute.

From there, About Time doesn’t quite go in the direction you’d expect. The romance is there of course and Tim’s relationship with Mary is as charming as you would expect but what gives the film its considerable heart is his interactions with his family, particularly his dear old dad. As essential as the love story is to developing Tim’s character to a point that the ending has some real weight to it, it’s the scenes of father and son playing ping pong or walking on the beach that pack the real emotional punch.

The film does have an element of over-familiarity and as it develops, it’s hard not to pick out the old Curtis tropes as they crop up. From the bumbling lead to the beloved character actors that fill out the supporting cast in eccentric roles, pretty much everything you expect from a Curtis movie is here.

But Four Weddings… this isn’t and thanks to a shift in focus late in the film and an excellent cast, About Time feels fresh and exuberant. Gleeson proves an ideal leading man, evoking Hugh Grant with his charming clumsiness though he’s considerably more likeable. McAdams and Nighy are both fantastic too, making Tim’s love for each of them feel completely justified.

Though the time travel element does become tedious as well as robbing the film of some of its stakes in the first two acts, About Time ends on a moving and poignant third act that, while not exactly subtle with its themes, is imbued with the little joys of life, even in the face of immense heartache.

It might not be a classic of the genre but there’s no doubt this film marks a welcome return to form for one of the masters of the romantic comedy. 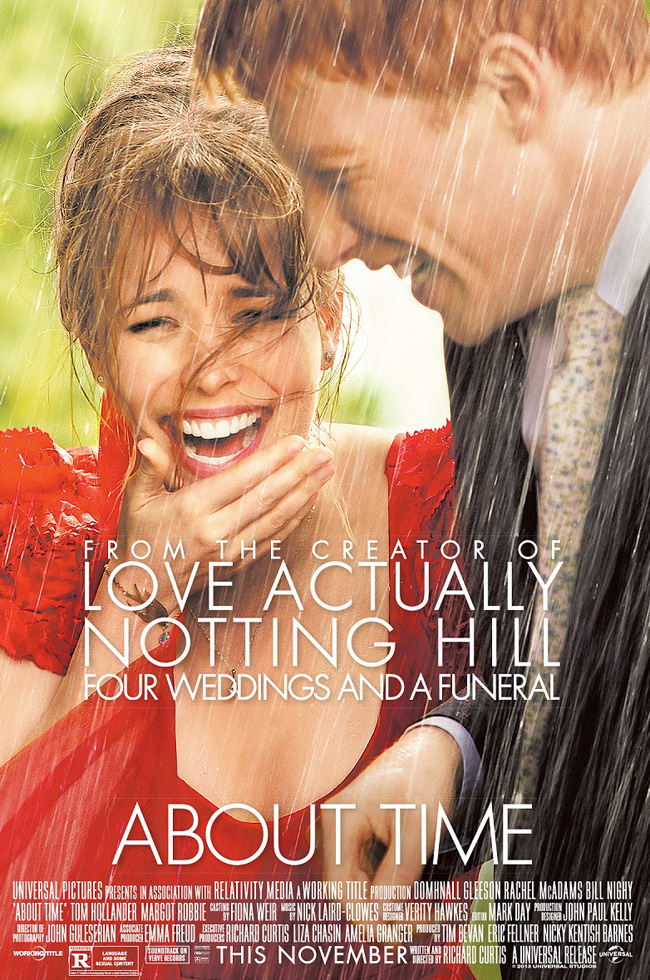