John McKay’s Not Another Happy Ending seemingly has its sights set on being Scotland’s answer to the frothy romcoms that make their way to these shores from the US. The film certainly looks the part, showing a bright and glossy Glasgow full of young, stylish professionals with cool jobs. Unfortunately, looking pretty is about as good as the film gets.

Rising star Karen Gillan is Jane Lockhart, a struggling writer who somehow manages to dress like 70’s-era Diane Keaton and live in a designer flat. She’s trying to get her first novel published, a sob story about her absentee father. After shipping it around various publishers, she finally finds Tom (Stanley Weber), a volatile Frenchman with an up-and-coming publishing house. He’s willing to give her a chance and together they begin redrafting the novel.

Despite a blossoming relationship, things come to an abrupt end when Tom changes the title of Jane’s novel, which crushes her since he was the only one who “got her”. It’s hard to see how or why he “got her” since the only real interaction we’ve seen between them up to this point is a cutesy montage of them skipping through the streets and the like.

Jane’s novel becomes a huge hit and her life seems to be on the up. Her father Benny (Gary Lewis) is back on the scene and she’s moved in with her successful new boyfriend Willie (Henry Ian Cusick), who is writing a screenplay based on her novel. However, it seems her newfound happiness is causing writer’s block, preventing her from writing her follow-up novel and ending her publishing deal with Tom.

The biggest problem here is that every story strand is sorely underdeveloped; especially the one we should care about most. The whole thrust of a romcom should come from hoping that the central couple get back together but Jane and Tom’s relationship is so weakly established that there’s just no desire to see them get together. Jane’s relationship with her father is also painfully simplistic. He was such a deadbeat that he inspired an entire novel yet as soon as he turns up out of the blue, their relationship is rosy almost instantly.

The plot is also bogged down by the inclusion of a subplot involving Jane’s visions of Darsie (Amy Manson), the lead character in the novel she’s struggling to finish. It feels like an idea that should’ve been cut before ever making it into the finished film.

In the lead role, Gillan is likeable but has a flimsy character to work with. Seemingly everything Jane does is just an attempt to gain audience sympathy whether it be bumbling around like a low-rent Zooey Deschanel or crying over her publisher, boyfriend, father, writer’s block or whatever else is thrown at her. It isn’t Gillan’s fault; the script just leaves her hanging.

It would all be a lot easier to forgive if the film was funny but laughs are few and far between. The humour is all too broad and obvious to really land, with many of the gags eliciting groans rather than chuckles.

There’s the potential for a good film here but ultimately Not Another Happy Ending suffers from too many ideas and not enough focus, sacrificing the weight of the main story in favour of needless subplots. It’s bright and perky depiction of a city normally shown in varying shades of grey is a refreshing change but not enough to save the flimsy sitcom plot. 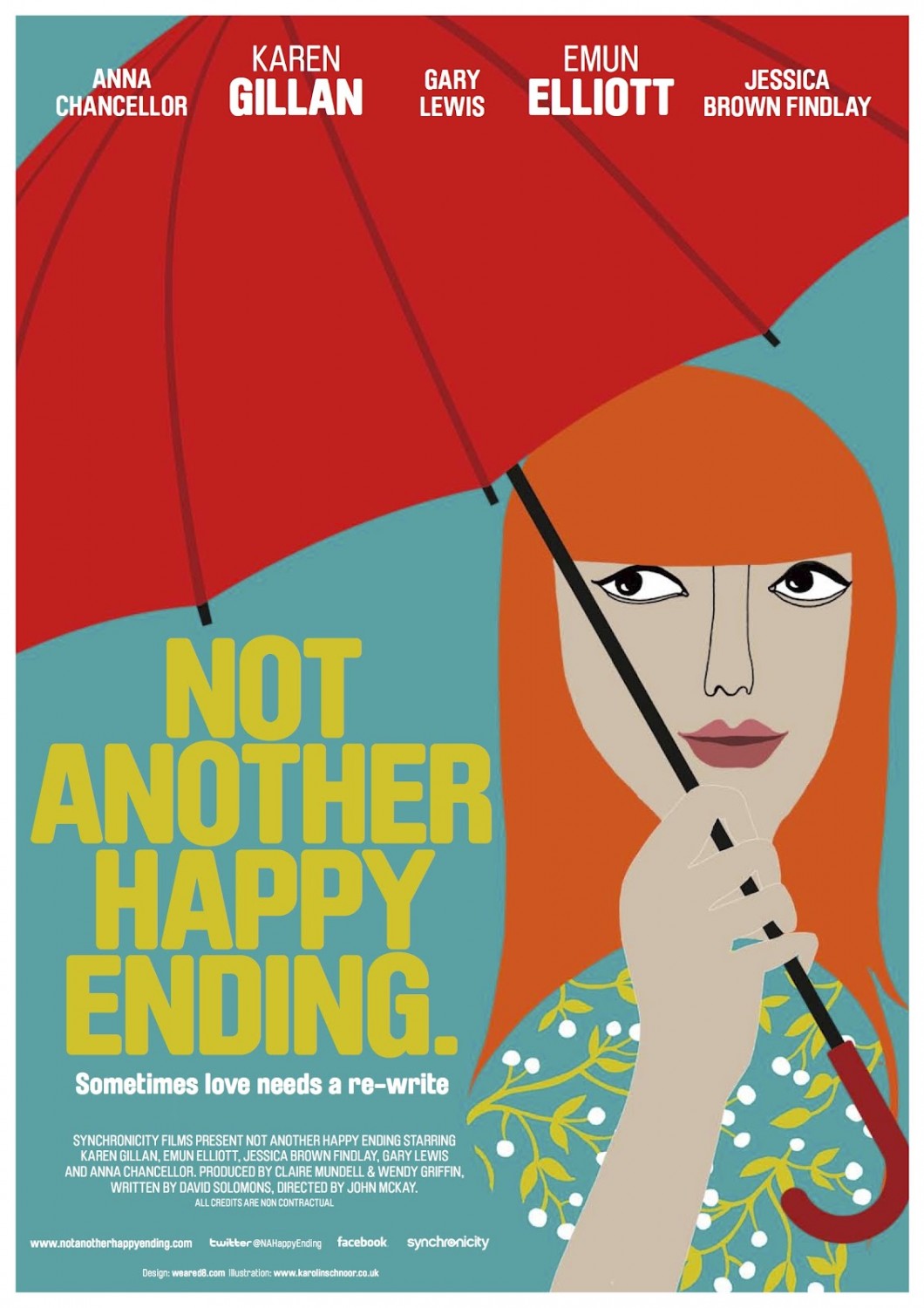