Before revving up for the seventh Fast & Furious, horror maestro James Wan has just enough time to crank out a one-two punch of mainstream chillers. The sequel to his 2011 hit Insidious is due to land this autumn but for now, we have The Conjuring, a slick and sophisticated ghost story based on the real life case files of paranormal investigators Ed and Lorraine Warren.

In the early 1970’s, the Warrens were approached by Roger and Carolyn Perron (Ron Livingston and Lili Taylor) when things start going bump in the night at the idyllic farmhouse they just moved to with their five daughters. At first the paranormal activity is just stopped clocks and banging doors but things gradually get more sinister as the family pet is found dead and something starts grabbing the girl’s feet in the night. The Warrens turn up expecting a routine debunking but quickly discover that this is a family desperately in need of their expertise.

The script, by twin brothers Chad and Carey Hayes (The Reaping, House of Wax), does plenty of smart and effective groundwork early on, establishing the Perrons as a strong and happy family unit and the Warrens as experts in their field who harbour personal demons of their own. When the two families eventually cross paths to ward off the evil spirits tormenting them, the characters feel like more than just flimsy horror clichés there to be murdered in gruesome ways.

Wan’s visual stylings help ramp up the unsettling atmosphere as his camera creeps slowly through the halls of the Perron home, occasionally fooling us with the odd red herring or comic moment but still we watch on in terror, anticipating the next jolt.

The film does wear its influences on its sleeve, most notably The Exorcist and The Amityville Horror – itself based on one of the Warrens cases – and many elements do feel awfully familiar. From the flocks of suicidal birds and the anxious pet right down to the creepy doll and the chaotic exorcism, it’s all fairly generic horror fare. But thanks to Wan’s masterful control of pacing and suspense, the film never feels tired or rote and the excellent cast deliver relatable characters worth caring about.

So while there’s a sense of seen-it-all-before, The Conjuring is a sensationally entertaining old-school frightfest that’s scary in the fun, satisfying way that has you peaking through your fingers at the time but grinning on your way out. It’s refreshing to see a genre film that cares about its story and characters, rather than serving up a number of contemptible teenagers ready to be tortured. Wan’s attention to character makes this an emotionally resonant film in a way that his contemporaries can only dream of. 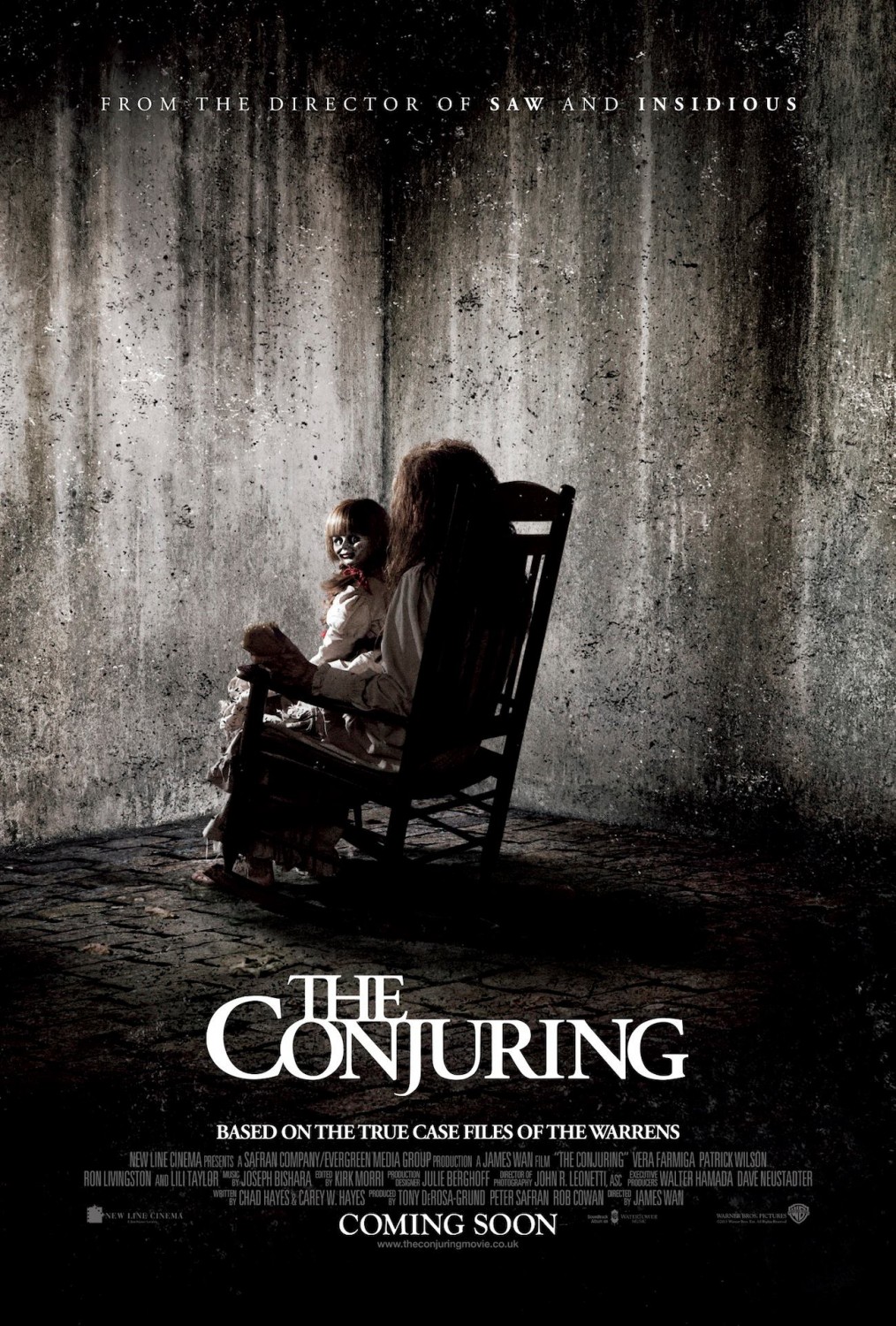