Robert Watson-Watt is a figure not often seen on screen but his contributions to the Second World War and his innovations in radar technology in general are ubiquitous in modern life. In Castles in the Sky, Watson-Watt gets the biopic treatment in a basic but engaging film that would make for comforting Sunday night viewing on the BBC.

Set in 1935, Eddie Izzard plays Watson-Watt as a clumsy academic plucked from the Meteorological Office to help with the war effort after his radical pitch captures the attention of the ministers at Whitehall and they decide to finance his methods, which involve using radio waves to locate enemy aircraft early enough to prevent their attacks.

With his Scottish accent and lack of an Oxbridge education, Watson-Watt is an outsider from the get go, particularly in the eyes of Frederick Lindemann (David Hayman), a minister who sees attack as the best form of defence and would rather build more planes than sink money into the pipe dreams of a bumbling weatherman. Watson-Watt sticks to his guns though, piecing together a ramshackle team of his meteorologist colleagues to help him with his inventions.

Castles in the Sky is very much a good story well told. There’s nothing flashy on display and the film generally conforms to all the usual biopic tropes but director Gillies Mackinnon keeps the tone light and breezy, making for an easy and pleasant watch. It certainly doesn’t break any new ground but it’s hard to dislike its good nature and amiable cast.

Eddie Izzard brings his usual slightly batty charisma to his role as Watson-Watt, perfectly convincing as an eccentric genius. There’s a real tenderness to his relationship with his patient and loving wife (Laura Fraser) that gives the film some heart, even as the ‘work putting a strain on home life’ trope feels familiar from any number of biopics.

Despite an over reliance on cliche and a lack of any relative ambition, Castles in the Sky is a fun and absorbing tale of an unsung British hero that might not live long in the memory but is a satisfying and comforting watch nonetheless. 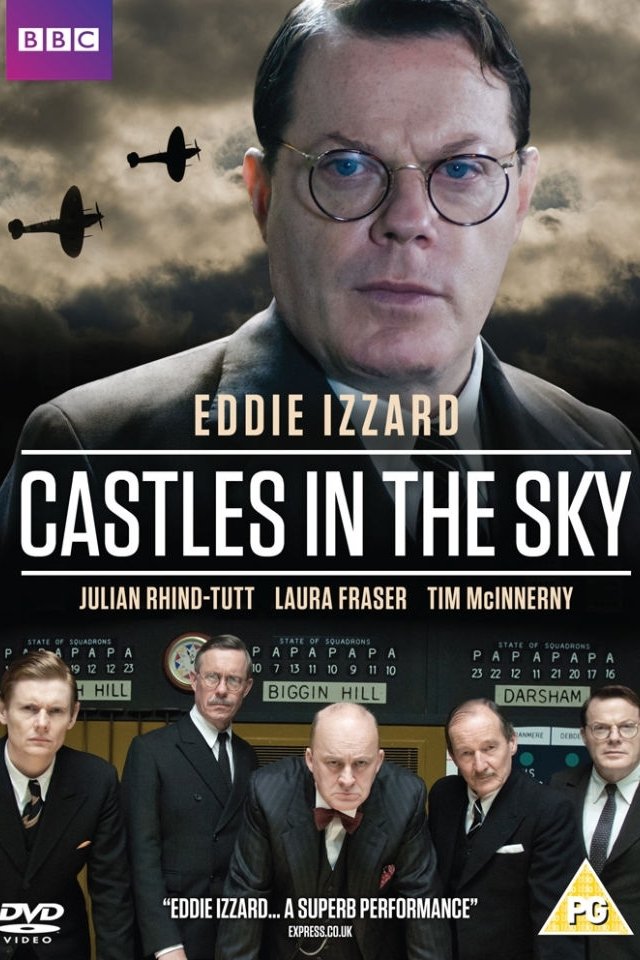