It’s never easy to review a film that is better the less you know about it going in. James Ward Byrkit’s mind-bending sci-fi Coherence is very much one of those films, with much of the joy derived from the slow unravelling of the mystery at its centre.

The simple set up centres on four couples getting together for a dinner party that is soon undone by a series of bizarre occurrences that may or may not have been caused by a comet that’s currently passing overhead. At first it’s small things like phone screens inexplicably cracking but soon the power goes out and all the phone lines are dead, with only one house on the street with any electricity.

Once things begin to get stranger, the group starts to unravel, with all of their personal histories and old grudges coming to the fore. The main focus is on Em and Kevin (Emily Foxler, Maury Sterling), with their already fragile relationship threatened by the presence of Laurie (Lauren Maher), Kevin’s ex who is now seeing their friend Amir (Alex Manugian).

Meanwhile, former cult TV star Mike (played by former cult TV star Nicholas Brendon) is struggling to stay on the wagon in the midst of all the strange goings-on, which worries his sweet-natured wife Lee (Lorene Scafaria). There’s also the lingering worry that new-ager Beth and Hugh (Elizabeth Gracen) has slipped some of her home-made rescue remedy into the dinner, an accusation which offends her and husband Hugh (Hugo Armstrong).

Marking Byrkit’s first solo outing behind the camera – he has been a frequent collaborator of Gore Verbinski – Coherence is a fantastic example of low-budget filmmaking. With essentially one location and eight cast members, Byrkit manages to craft a film more gripping and atmospheric than any number of mega-budget thrillers. The mystery is expertly drip-fed and much of the film’s joy comes from trying to stay ahead of the plot and giggling at the ingenious revelations when they finally do come along.

While the twists are fun, it’s the strongly realised characters and their interpersonal dramas that make it a more rounded film. Byrkit explores the tense group dynamic and the characters various insecurities well, adding more weight to the twists and turns of the narrative. The early interactions between the characters give us enough insight into their personalities and relationships without huge exposition dumps, making their later actions feel natural. The semi-improvised feel of the dialogue and the natural performances from the cast make the group feel like genuine old friends with a lot of history between them.

Like the films of Shane Carruth but with a sense of humour, Coherence is a sci-fi thriller with real brains and Byrkit manages his plot and characters masterfully, wringing maximum tension from every scenario. It’s a rewarding and consistently entertaining piece of filmmaking that genuinely keeps you guessing for the entirety of its brisk runtime. 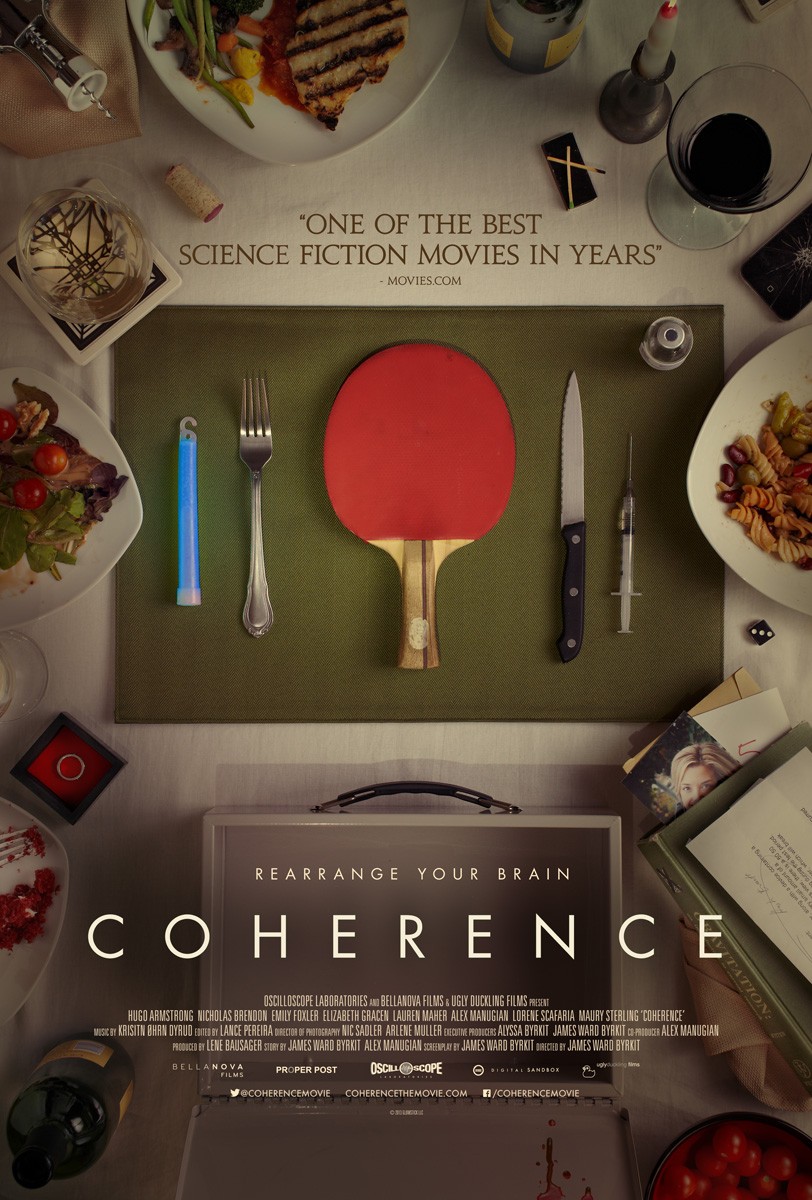