Cold in July, adapted from Joe R. Lansdale’s novel of the same name by Stake Land director Jim Mickle, is a genre-bending Southern noir that, just when you think you’re getting a handle on it, does a one-eighty and becomes something completely different.

At first, it would seem we’re getting the story of an ordinary man dealing with the consequences of a brutal act of violence after the film opens on picture-framer Richard Dane (Michael C Hall) shooting and killing a burglar to protect his young family.

But as soon as you settle into that film, things take a sharp change when the burglar’s father (Sam Shepherd), recently released from prison, starts to stalk the family, it would appear we’re getting something along the lines of Cape Fear or Night of the Hunter. This is probably the most interesting portion of the film, particularly as it would seem local police chief Ray Price (co-writer Nick Damici) might be covering something up.

No sooner has that film began than things flip on their head again with the arrival of Don Johnson’s brash private detective Jim Bob. Johnson’s arrival sparks a complete tonal shift in the film the second half plays out like a semi-comedic, pulpy detective story with loose ends from the first half frustratingly dropped and never revisited. Damici’s potentially shady police chief disappears from the film and is replaced by two brand new antagonists (Wyatt Russell and Tim Lajcik) who we only get to know through shorthand means of showing us they’re evil.

There’s enough content here to fill a TV mini-series and perhaps it would have been better off spread out over a longer running time, letting the story flow and evolve more naturally. Still, credit to Mickle who does an impressive job of making sure the tonal shifts are never jarring and managing the different sections of the film well, showing some real promise behind the camera.

In front of the camera, veterans Shepherd and Johnson get the most to work with, with the former delivering his trademark Southern-fried grit and the latter stealing scene as a blustering big mouth. In a relatively rare film role, Michael C Hall keeps his character compelling and sympathetic despite muddled motivations.

There’s a lot of promise here and it’s hard not to think of what Cold in July could have been but it’s unfair to judge a film for what it isn’t. What it is, is an appealingly grubby Southern noir that entertains in a violent, grindhouse kind of way. 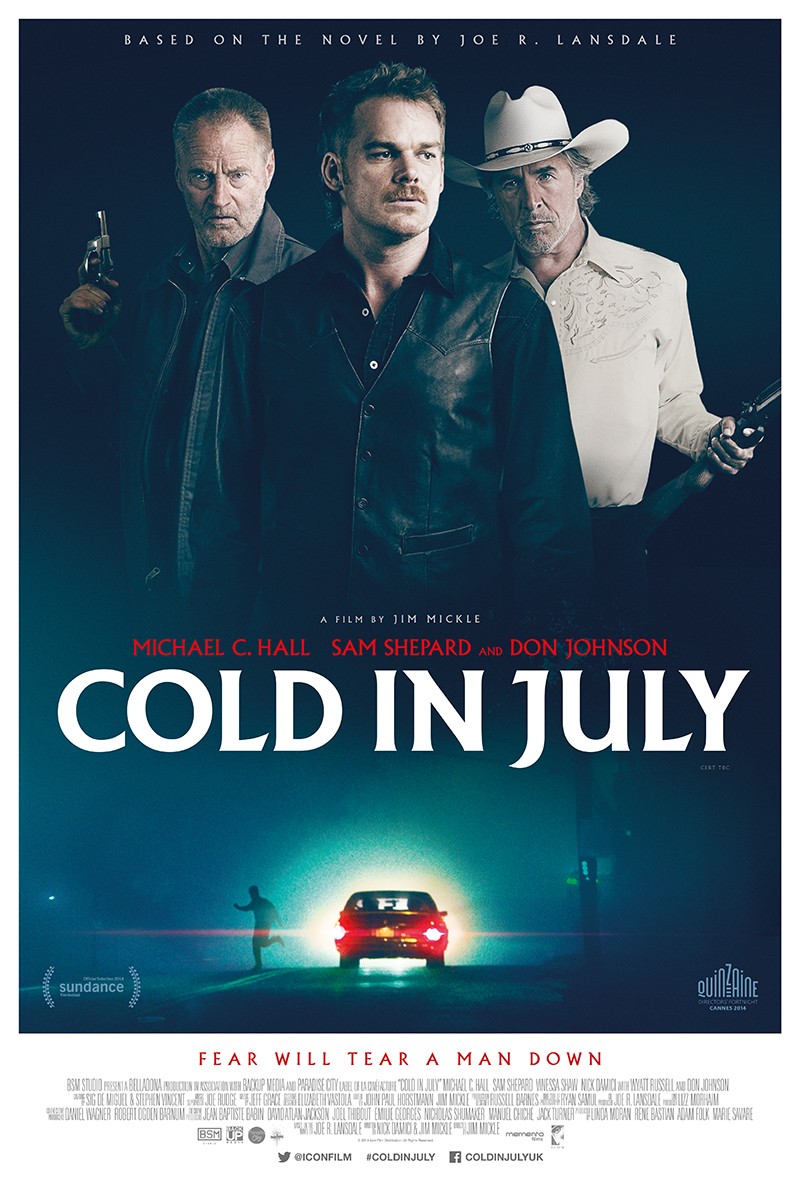