In his fourth film with director Hans Petter Moland, Stellan Skarsgard tries his hand at the middle-aged revenge movie with In Order of Disappearance, a darkly comedic revenge thriller from Norway that sees the veteran Swede avenge the suspicious death of his son.

Skarsgard plays Nils, a regular guy who has just been awarded Citizen of the Year for his tireless work on the snow plow. When his son is found dead with mass amounts of heroin in his system, Nils refuses to accept the police line that it was an overdose. While his wife is just surprised that their son was an addict and devastated at his death, Nils decides to dig into the real circumstances of his son’s death, bringing him into contact with the local mob as well as a Serbian gang lead by Bruno Ganz’s Papa.

On paper, it sounds like a standard vengeance flick, with the ordinary man sent over the edge by a great personal injustice and that’s how the film feels early on until the signs start to appear that this is something a bit slyer than that. There are inspired moments of bone-dry humour involving a squeaky morgue slab and a bumbling suicide attempt that set the tone for a significantly different film than you might have been expecting.

Moland and writer Kim Fupz Aekeson find the humour in the darkest of moments but also aren’t afraid to be silly, with some brilliant throwaway lines and hilarious sight gags, especially the morbid title cards that appear everytime a character is offed, with their name, date of birth, date of death and religious denomination. It’s a great joke that just gets better with repetition, especially towards the film’s end when the body count really starts to rise and it becomes a struggle to fit them all in one card.

In the lead role, Skarsgard gives a masterclass in subtlety, underplaying the role to perfection yet still convincing as a man capable of extreme violence. Unlike someone like Liam Neeson, Skarsgard does pass as a regular guy and his particular set of skills involves hard work and methodical planning rather than martial arts and gun play, so his mission is carried out in a rather more ramshackle fashion than we’ve come to expect from this kind of film.

Elsewhere in the cast, Bruno Ganz appears late in the film with a memorable performance and Kon Tiki’s Pal Sverre Hagen gives the most broad performance of the film as drug kingpin The Count, a petulant man-child in the middle of a bitter battle with his ex-wife over custody of their son.

With its dark wit and sweeping snowscapes, In Order of Disappearance – also known as Kraftidioten in Norway, which translates to ‘prize idiot’ – is a bloody, funny and compelling film that is unmistakably Scandinavian, with a tone mostly reminiscent of Jo Nesbo’s Headhunters, though there’s a hint of Fargo and In Bruges in there too. If you can tune into the humour, this is a blackly comic treat to be savoured. 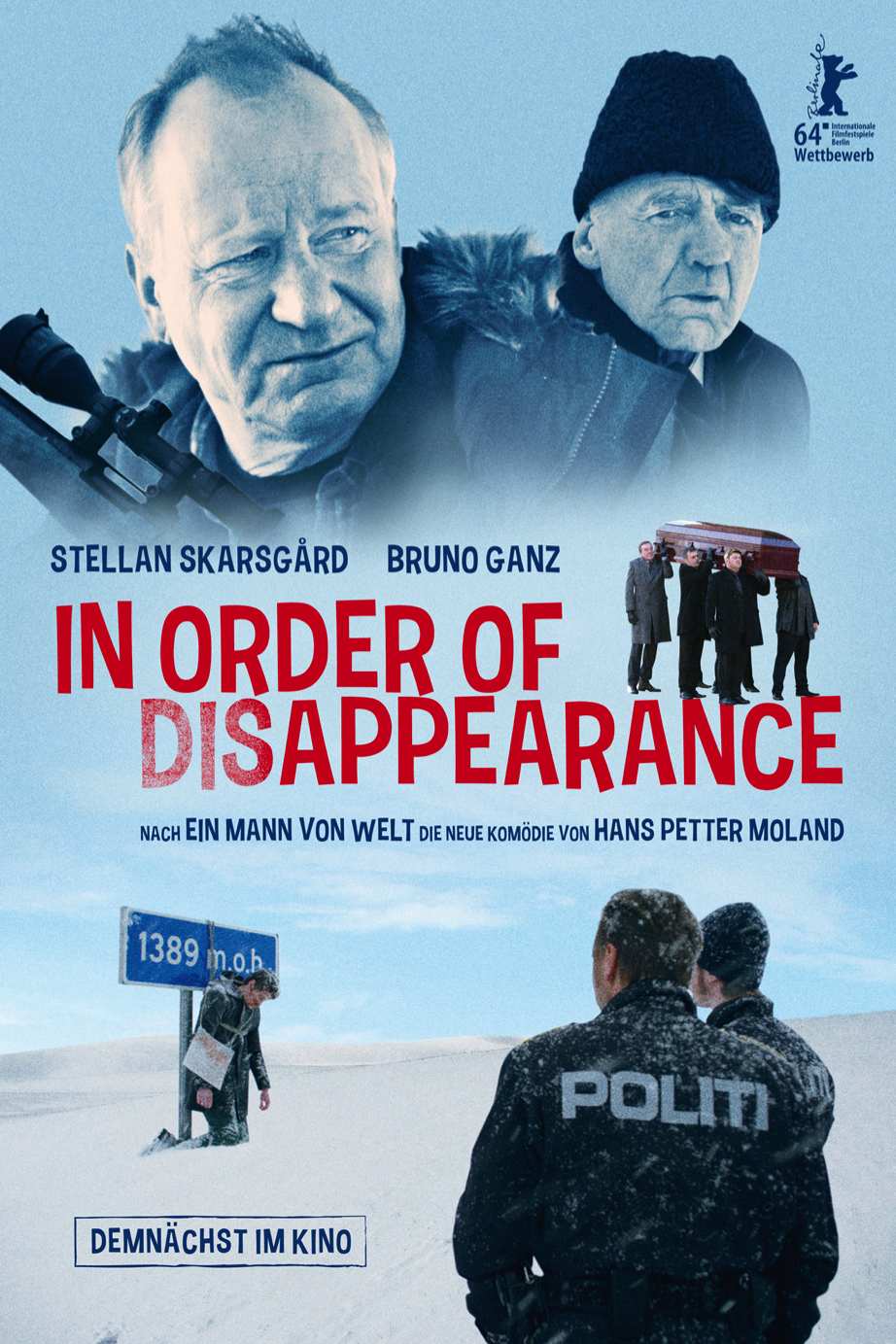