The opening sequence of Let Us Prey, a visually striking scene which sees a mysterious figure standing on the seafront surrounded by shrieking crows, sets the tone for an uneven but enjoyable exercise in genre filmmaking from debut director Brian O’Malley.

After becoming the victim of a hit and run, the shady figure (Liam Cunningham) finds himself in a small police station in a rural Scottish town and it quickly becomes apparent that he is there to make the sinners in the station pay for their sins, from the murderers, child molesters and thieves in the cells to the corrupt coppers running the place. His vague supernatural influence makes anyone who comes into contact with him face their deepest, darkest sins which proves too much for some of the residents of the station.

While the stranger’s origins are never fully explained and the extent of his abilities is never really clear, Cunningham brings a lot of stone-faced gravitas to the role that makes him a compelling character. He spends most of the film in a cell, taunting the other prisoners and goading them into violent action. He also gets in the head of the coppers, including newbie Rachel Heggie (Polyanna McIntosh), a good woman with a dark past who is essentially just trying to do the right thing.

As the film progresses, O’Malley ramps up the tension and the chaos, finally culminating in an audacious and ridiculous finale that tips over into full, bloody, quasi-religious B-movie schlock with ample amounts of brutal violence and bloody carnage. There’s a lot of fun to be had in the cheap thrills and spills but equally, much of the dialogue is cringe-worthy and the wooden supporting cast fail to register on any level. Only Cunningham and McIntosh make any impression, with the latter proving an effective kick-ass action heroine.

While the leads do a good job and there’s a nasty feeling of claustrophobia with the film’s action taking place almost exclusively in the police station, Let Us Prey is ultimately hampered by its wonky script. The plot doesn’t make a whole lot of sense and the dialogue is often atrocious but there’s just enough style to help paper over the cracks and make this a pleasing B-movie watch, particularly for fans of the genre who will no doubt get a kick out of the horror movie tropes and blood-soaked climax. 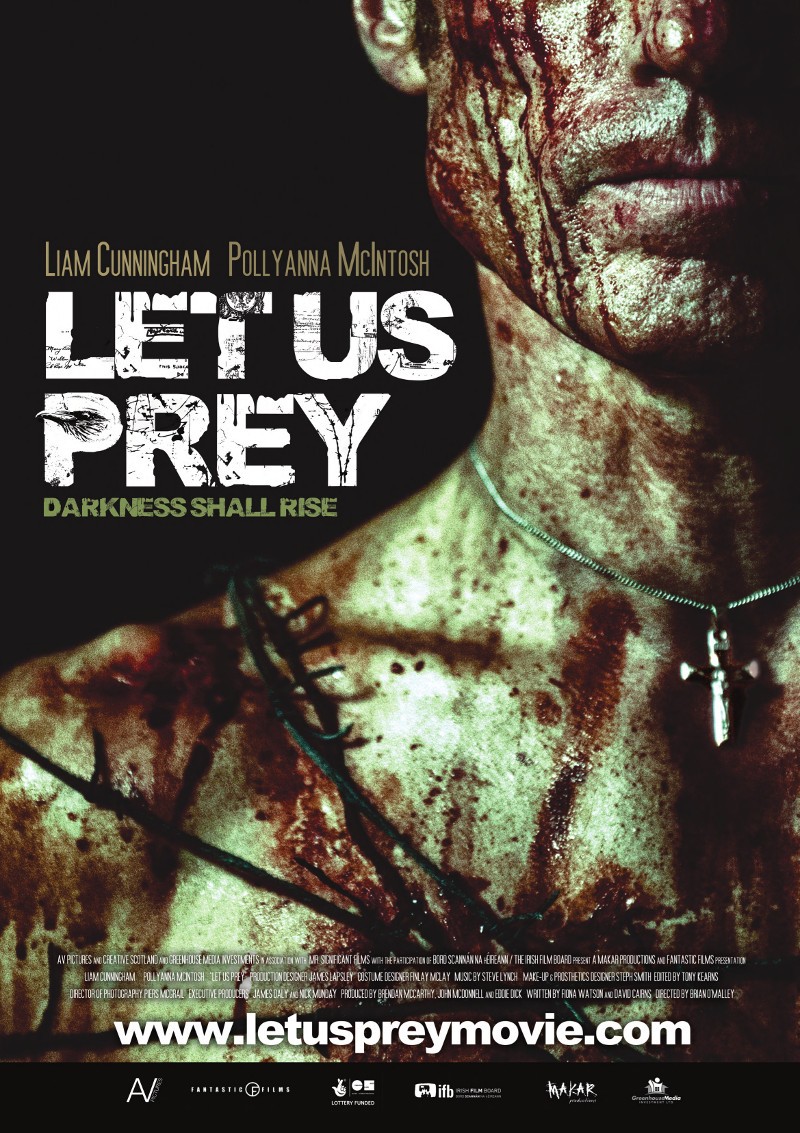