Just when you think you’ve seen every possible spin on the zombie movie which, however stale it gets remains on of cinema’s most popular and enduring genres, along comes a film like Life After Beth to offer some fresh meat for zombie fans – and comedy fans alike – to tuck into.

The film stars Dane DeHaan as Zach, a young man who is devastated at the loss of his girlfriend Beth (Aubrey Plaza) who, in the opening scene of the film, goes for a hike alone and ends up dying from a snakebite. Zach remains close to her parents and they treat him like a son, particularly dad Maury (John C. Reilly) and the two sit up all night, playing chess and smoking pot. When Maury and his wife Geenie (Molly Shannon) suddenly stop answering the door and won’t return his calls, Zach starts snooping around their house and finds, to his shock, that Beth isn’t dead afterall.

Zach demands an explanation from Beth’s parents but they are as surprised as he is. She just showed up one night, out of the blue, and they’re not going to complain. Despite his concerns that his resurrected girlfriend might be turning into a zombie, Zach is elated to have Beth back, particularly as it would seem her resurrection has caused some memory loss, and she can’t remember ending their relationship. But as increasingly bizarre events begin to occur throughout the neighbourhood, it becomes apparent that Beth’s reappearance is part of something bigger.

While writer/director Jeff Baena has fun with the zombie aspect of the film – particularly with a running gag about the undead’s weakness for smooth jazz – his focus is always on Zach and Beth’s relationship. Her death and subsequent resurrection proves a potent allegory for love, loss and learning to let go, whether it be moving on from a dying relationship or coming to terms with the death of a loved one.

The casting could hardly be more perfect for the central couple. DeHaan is an actor capable of great intensity with a string of impressive dramatic performances under his belt already but here he strikes a different note, proving to be an able comedic performer as he deals with the conflicting emotions caused by watching his girlfriend die, come back to life and slowly begin to decay.

Known for her deadpan style and her signature role on TV’s Parks and Recreation, Plaza has been steadily building a strong film career and here she has found her best role to date. Beth’s transformation from miraculously resurrected angel to rotting, flesh-eating zombie allows Plaza to show off some comedic range while also playing into her offbeat sensibilities.

It doesn’t hurt that the two young leads are surrounded by such a strong supporting cast with old pros Reilly, Shannon, Cheryl Hines and Paul Reiser all making the most of their screen time, while Matthew Gray Gubler steals scenes as Zach’s gun-toting brother.

While it might not be the same shot in the arm that Shaun of the Dead was for the zombie genre, Life After Beth marks an assured debut behind the camera for Baena, whose sharp script mixes a tender romance with morbid zombie humour and screwball family comedy reminiscent of his work with David O. Russell on I Heart Huckabees. The result is a witty and charming zomcom that gets the best from its excellent ensemble cast. 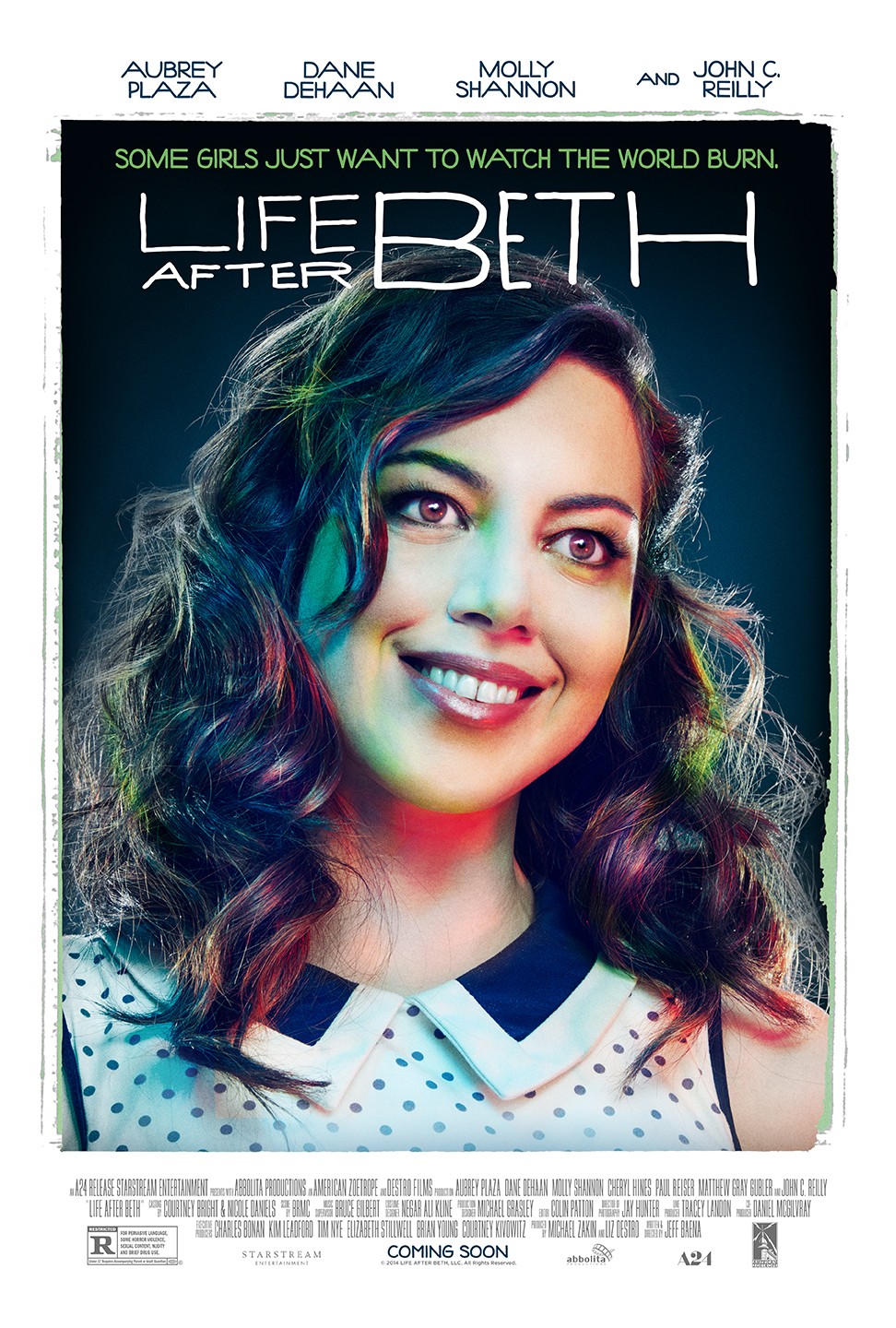