After years of TV work, writer/director Andy Goddard makes his feature debut with Set Fire to the Stars, the absorbing and lyrical tale of impish Welsh poet Dylan Thomas’ first tour of the US in 1950.

Elijah Wood stars as John Brinnin, a straight-laced East Coast academic and aspiring poet who brings his hero Dylan Thomas (Celyn Jones, who also co-writes) to the US for a 40-night tour but finds the rambunctious Welshman a little more than he can handle. Thomas arrives like a drunken whirlwind, causing chaos wherever he goes and getting himself thrown out of his swanky New York hotel within his first couple of nights. This prompts Brinnin to whisk them both off to his rural cabin in Connecticut to try and reign in Thomas’ antics.

In the cabin, Brinnin comes to realise Thomas is a far more troubled and unstable person than he expected and the film veers toward melancholy as Thomas pines for his estranged wife. The details of their relationship are never fully disclosed but the film’s emotional high point comes in a surreal and affecting scene involving the vision of Thomas’ wife – played by Kelly Reilly – appearing to him in the middle of the woods.

Though the film is shot in Wales with mostly British actors, Goddard does a nice job of recreating 1950’s New York and, shot in crisp black and white, the wintery streets and period interiors look fantastic.

Sharing leading man duties, Wood and Jones are both fantastic. Wood’s is appealingly earnest as the buttoned up Brinnin who’s calm exterior begins to crack under the weight of Thomas’ erratic actions and wild mood swings. Jones – in his biggest role to date – is magnetic as Thomas, embodying every side of his well-known persona and convincing both as a charismatic genius and a troubled drunk. The two actors peak in a moving and atmospheric scene of candle-lit story-telling in the cabin with a neighbouring couple played by Kevin Eldon and Shirley Henderson.

It perhaps doesn’t dig deep enough into what fuels Thomas’ creativity or his inner demons but nonetheless, Set Fire to the Stars is a suitably poetic and at times electrifying portrait of a key time in Thomas’ life with a potential break-out role for the excellent Celyn Jones. 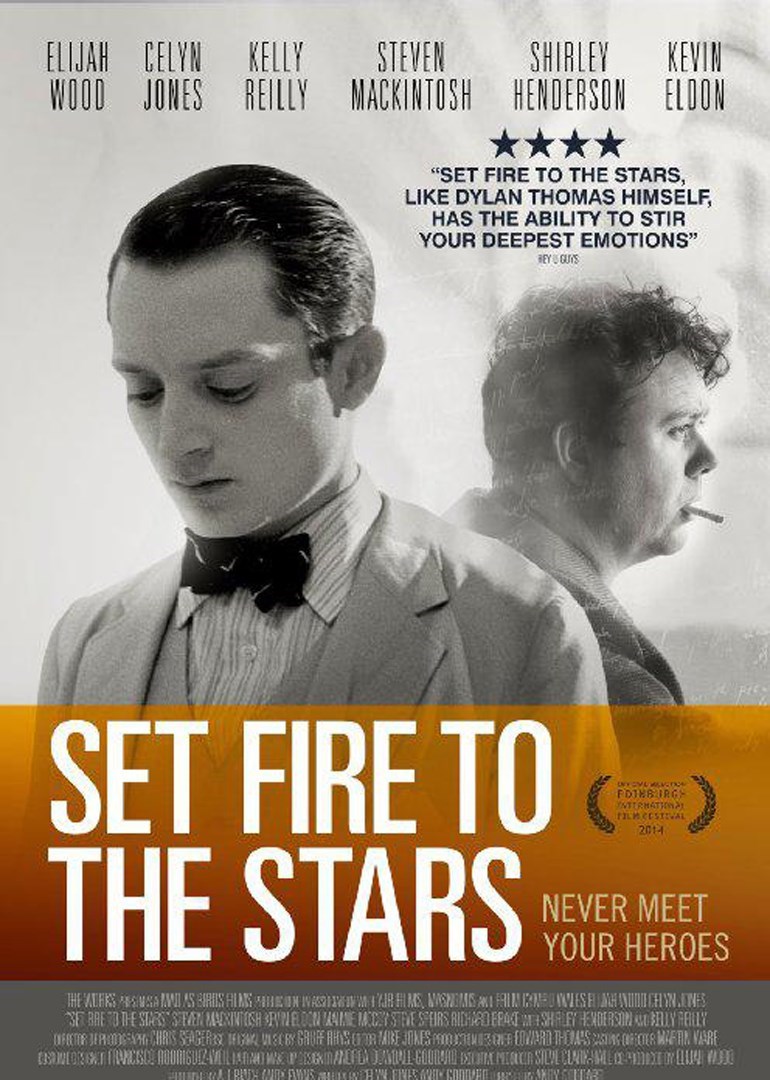