Closing out this year’s Edinburgh International Film Festival, We’ll Never Have Paris sees The Big Bang Theory star Simon Helberg make his directorial debut alongside his wife Jocelyn Towne in a comedy that draws on their own clumsy romantic past.

Helberg stars as Quinn, a florist in his late twenties who’s on the brink of proposing to Devon (Melanie Lynskey), his girlfriend of ten years. But when his leggy blonde colleague Kelsey (Maggie Grace) professes her love for him, he starts to wonder if he should maybe have sown his oats a little more before settling down. He manages to talk himself into breaking up with Devon and stumbles into a relationship with Kelsey that he immediately regrets.

We’ll Never Have Paris finds most of its humour in Quinn’s misguided, ill-fated attempts at growing up, clumsily moving from one disaster to another. Even when a reconciliation with Devon appears to be going perfectly, he finds a way to ruin it and she jets off to Paris to find herself. Instead, she finds suave French violinist Guillaume (Ebon Moss-Bachrach) and shacks up with him. Quinn gives chase, tracking her down in Paris to try and win her back from his more cultured and mature romantic adversary.

The most obvious comparison here is Woody Allen, with Helberg’s narcissistic and neurosis-ridden protagonist instantly calling to mind Allen’s more comedic work. While the character’s indecision and romantic missteps occasionally frustrate, Helberg is a likeable presence that manages to keep it believable that a woman as charming as Lynskey’s Devon would stick with him.

The supporting cast is a mixed bag however. While Alfred Molina is as warm as ever as Quinn’s father and Moss-Bachrach impresses as Devon’s new lover, Zachary Quinto appears miscast as Quinn’s quirky best friend and Maggie Grace is lumbered with a role that is more like a collection of flighty clichés than a real person.

While it never breaks any new ground in the romantic comedy genre, We’ll Never Have Paris is a likeable and breezy film that is leant extra intrigue by its semi-autobiographical origins. It’s a bold move from Helberg and Towne to examine a tumultuous time in their relationship, particularly Helberg who isn’t afraid to portray himself – albeit an exaggerated version – in a light that isn’t always flattering. 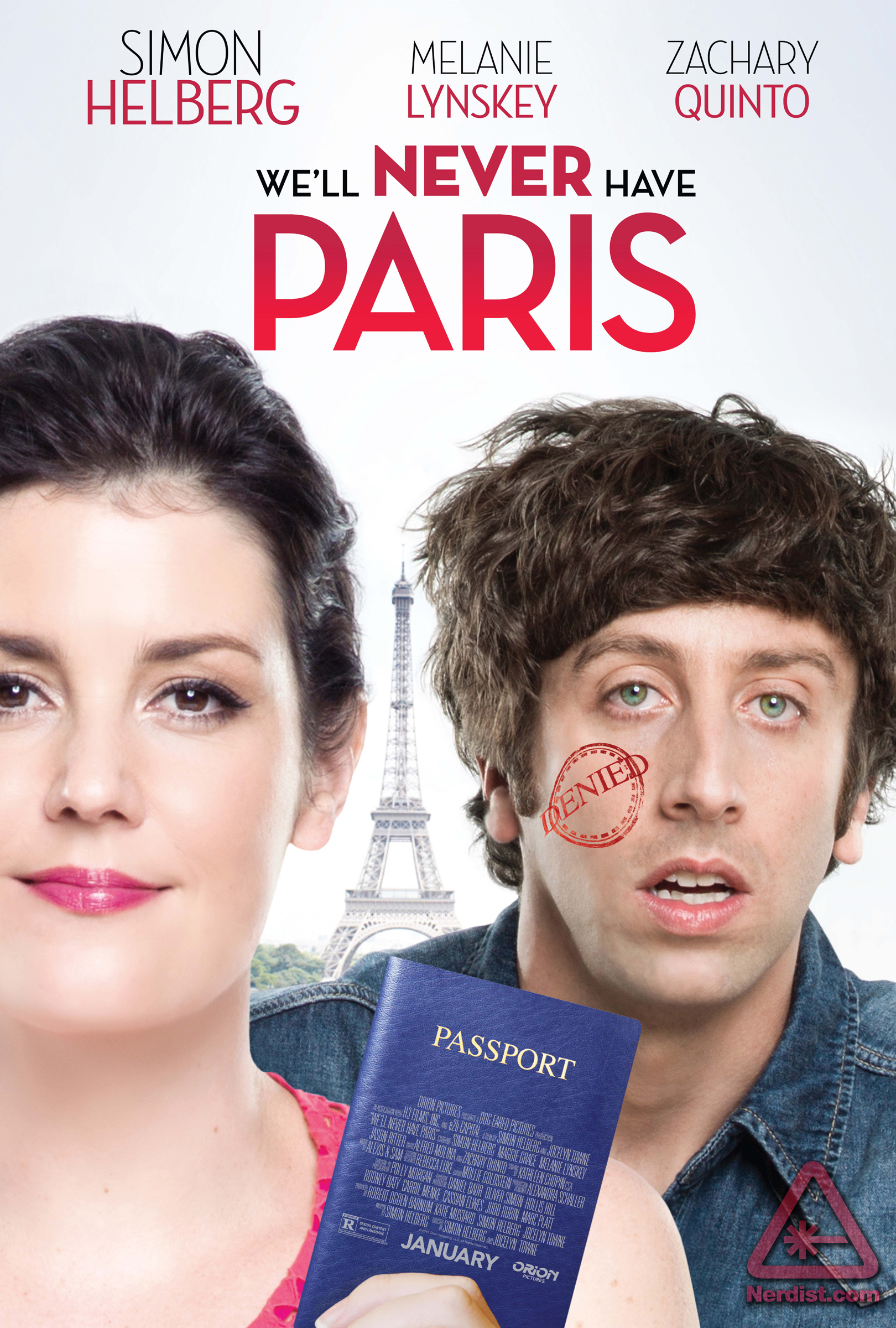