After making a name for herself at the turn of the century with well-received romance Love & Basketball, writer/director Gina Prince-Bythewood is back in the romantic drama arena with Beyond the Lights, a smarter-than-it-looks melodrama about the pressures of fame and our celebrity-obsessed culture.

Raised in London by her determined single mother/manager Macy (Minnie Driver), Noni Jean (Gugu Mbatha-Raw) is a megastar before her album has even ‘dropped’, winning a Billboard award for her collaboration with tabloid beau, repulsive rap star Kid Culprit (Machine Gun Kelly). Only a couple of hours later, after downing a bottle of champagne in her hotel room, Noni tries to take a plunge off the balcony until earnest young cop Kaz (Nate Parker) grabs her and talks her into living.

So begins an unlikely romance that no-one wants to happen. Kaz sees through Noni’s sexy media image and she likes that, slowly realising that this is someone who doesn’t want anything from her. However, Macy sees Kaz as a constant reminder of a suicide attempt that her camp is frantically trying to sweep under the carpet while Kaz has political ambitions and his father (Danny Glover) thinks the media sideshow will alienate the pastors who can swing votes in the right direction.

The pressure from their respective parents puts a huge strain on the burgeoning relationship and Noni and Kaz call it off, get back together, call it off again and so on, in true Hollywood melodrama style. Their relationship is really cemented in a sojourn to a quiet shack in Mexico where they can escape their outside influences.

Beyond the Lights’ romance is a big, Bodyguard-style weepie, with Prince-Bythewood wringing every ounce of emotion from the twists and turns of these star-crossed lovers but she has beefed up the film with a sharp and unfavourable look at the music industry and, in particular, the way women are treated in the media. We follow Kaz as he accompanies Noni on a standard day and he – just like us – is aghast at the way this young girl is carted around like a piece of meat.

Most startling of all is a magazine photoshoot where the photographer casually asks Noni, already cavorting around in her underwear, to lose her top. Noni looks to her mother, hoping for her to step in and set the record straight but instead she nods approval and Noni has to go through with it. The relationship between Noni and her mother is almost as central to the film as Noni’s romance with Kaz, with Macy initially drawn as a one-dimensional, casually exploitative stage parent but eventually revealing more layers – through smart writing and a smart performance – to the point we actually sympathise with her.

There’s nothing subtle about Beyond the Lights and the plot isn’t that far removed from a cheesy Nicholas Sparks slush-fest but Prince-Bythewood manages the heightened emotions of the film excellently and her two fantastic lead actors are up to the task of delivering the high-pitched material. Mbatha-Raw in particular gives a star-making performance as a girl so used to putting on a front that when she finds someone who isn’t interested in that, it’s hard for her to eventually strip herself of that image and just be herself. Mbatha-Raw handles that transition beautifully, convincing as both the scantily-clad, glitter laden pop star and the quiet English song bird underneath.

Parker is similarly impressive, expertly portraying Kaz’s conflicted emotions about potentially sacrificing his political career and getting involved with a girl he wants to be in love with but can’t fully trust that she really wants to be herself and isn’t just going through a phase.

Beyond the Lights is essentially a modern fairytale, too far-fetched to be realistic – and Prince-Bythewood presumably isn’t going for absolute verisimilitude – but the emotions at its core feel honest and human even if the world the characters are inhabiting is exaggerated, and the director has the patience to let the story play out at its own pace. Not that it’s slow; the film is hugely entertaining for the entirety of its two-hour run time, offering a slice of big, glossy and unabashed Hollywood wish-fulfilment. 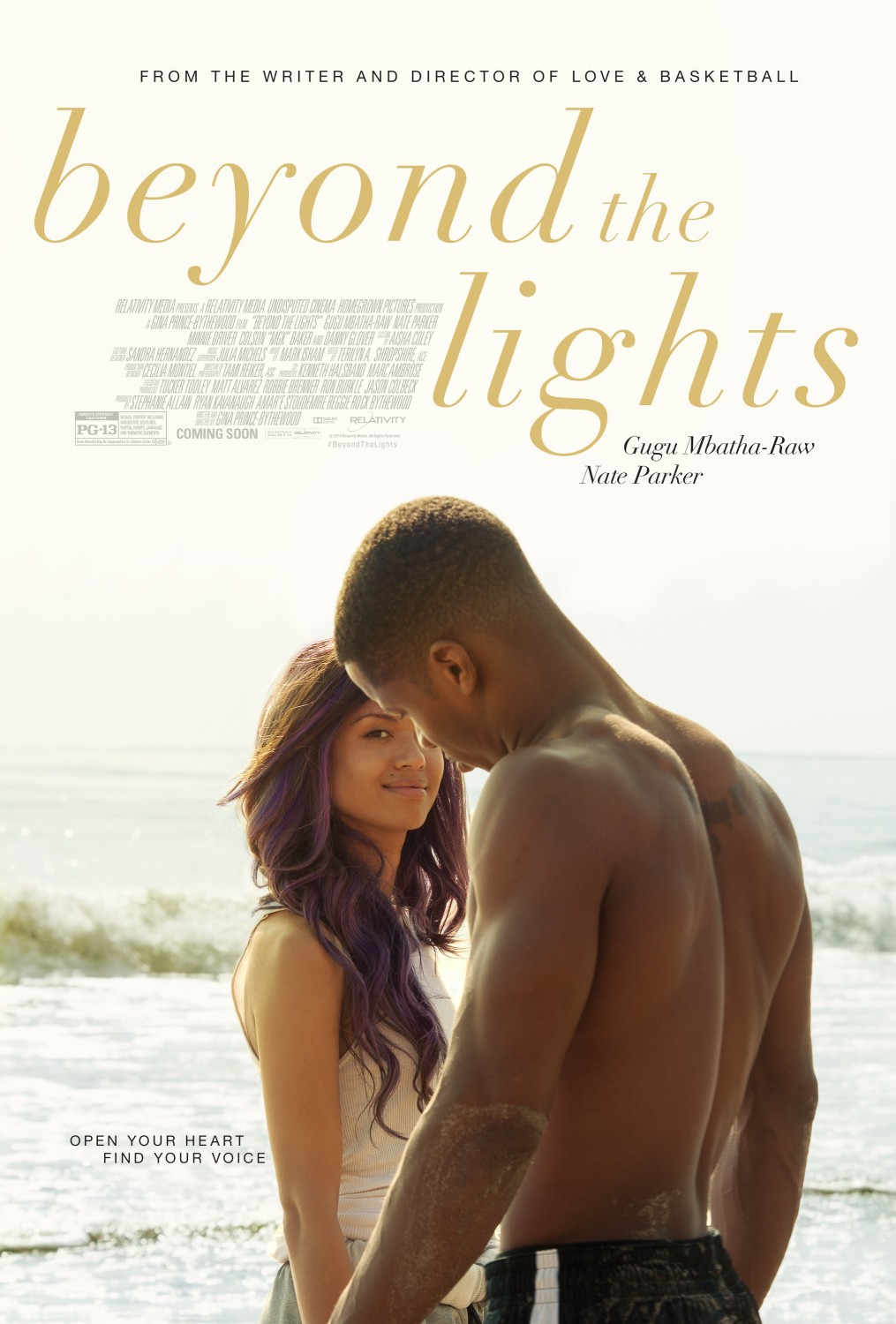