With its fresh, witty spin on both the high school comedy and the gritty ghetto flick, it’s easy to see why Rick Famuyiwa’s fourth feature Dope was such a hit at Sundance earlier this year. It’s set in the same ghetto milieu as the likes of Boyz n’ the Hood and Menace II Society but side-lines the gang warfare in favour of focusing on three geeks surviving life in high school.

The film focuses on Malcolm (Shameik Moore), a straight-A student with college aspirations and a love of 90’s hip hop. He and his friends Diggy (Kiersey Clemons) and Jib (Tony Revelori) are the freaks and geeks of their school thanks to their love of so-called “white shit”, which apparently includes Game of Thrones and Childish Gambino.

Malcolm refuses to be drawn into the hood politics and instead keeps his head down and works towards getting into an Ivy League school. A spanner in the works arrives via local drug lord Dom (Rakim Meyers aka A$ap Rocky) who uses Malcolm as a go-between to patch things up with his girlfriend Nakia (Zoe Kravitz). Malcolm is smitten with Nakia, who invites him along to a party that night. The party ends in a shootout and Malcolm somehow ends up with a backpack full of MDMA that he’s going to have to get rid of as painlessly – and lucratively – as possible.

Much as Malcolm looks to avoid stereotypes, so too does Famuyiwa whose film forgoes the gritty realism that’s so often part and parcel of any film with an inner-city setting and instead plays out more like a Superbad style coming-of-age caper. The film energetically flows from one madcap scene to another, as Malcolm, Diggy and Jib go on a series of wild adventures before enlisting the help of white-boy hacker/stoner Will (Blake Anderson) to help sell the drugs online.

Though this isn’t Famuyiwa’s first time behind the camera, Dope thrums with all the verve and style of a first time feature, with Famuyiwa throwing everything into the film and most of it sticks. There are some missteps along the way, including intermittent narration from Forest Whitaker that feels like it doesn’t really belong and an undercooked romantic subplot that’s side-lined for most of the movie, but ultimately the wild, messy style of it all lends the film a fizzy energy that papers over any cracks.

In the lead role, relative newcomer Moore arrives like a ready-made movie star. Tasked with anchoring pretty much every scene in the film, he conveys Malcolm’s bewilderment at the situations he finds himself in without ever going big or crazy. It’s a quiet, naturalistic performance and Moore is never less than magnetic (especially in an extended dance sequence during the end credits). Revolori and Clemons’ characters feel a little more one-note, defined by their race and sexuality respectively – he’s white-ish, she’s gay – more than anything else but the actors still ensure the characters are likeable and get their share of laughs.

As the story wraps it, it takes a turn for the serious. It isn’t subtle and does feel slightly cack-handed at first but as Malcolm talks directly to the camera, delivering the film’s themes – identity, perception and the struggle of breaking out of the box society puts you in – in an angry, passionate monologue, it ultimately feels like a powerful full-stop for the film, a reiteration of everything it had to say packaged in a way that can’t be ignored. It may play more like Risky Business than Do the Right Thing but Dope does have a message and delivers it in a fresh, funny way. 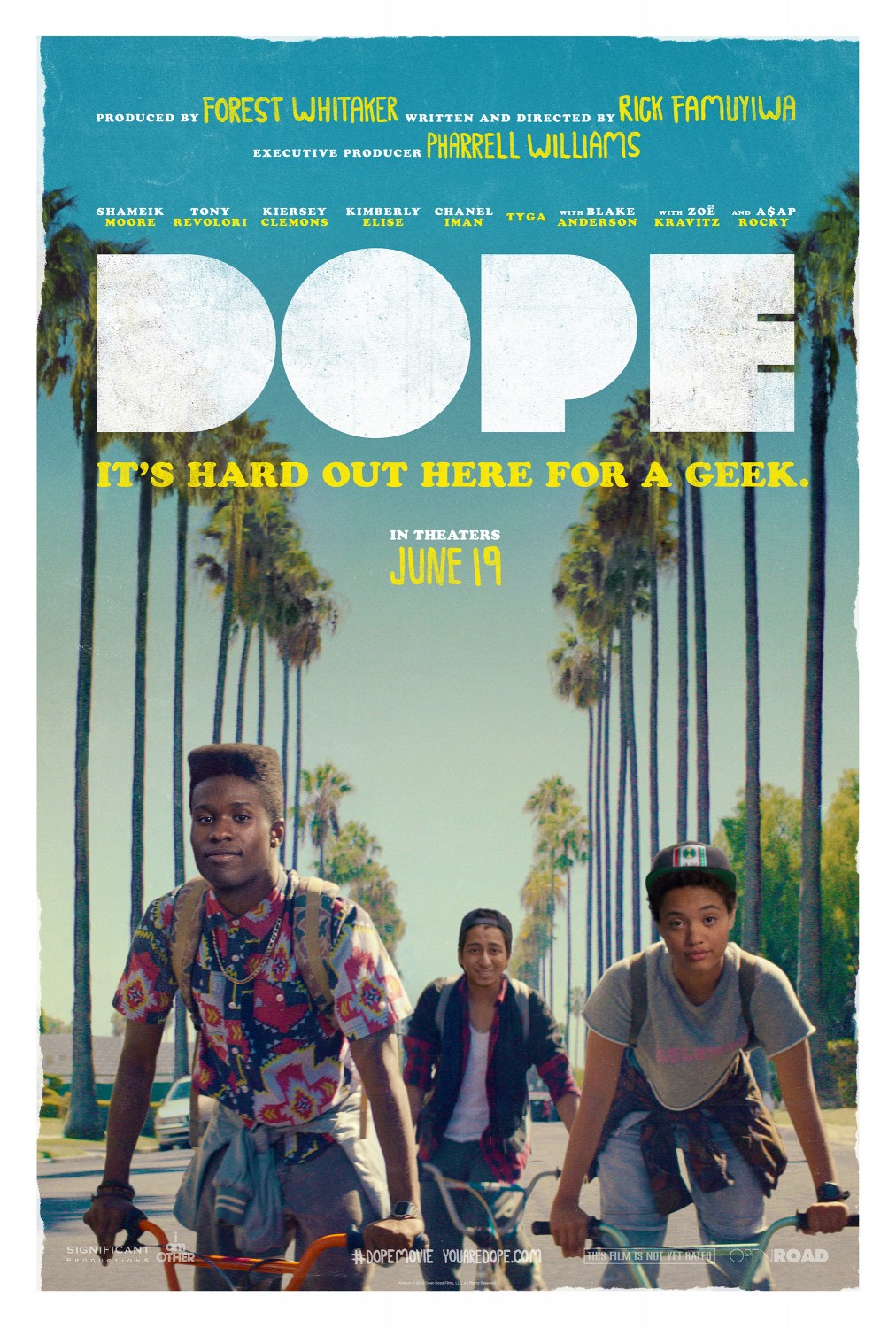