Focusing on a homeless man making his way from Glasgow to London at Christmas time, writer/director Jake Gavin’s Hector is a sensitive and warm-hearted film that takes an even-handed look at the day to day life of someone who has slipped through society’s cracks.

Starring Peter Mullan as the titular Hector, what’s striking about this low-key but quietly affecting film is the way it doesn’t wallow in Hector’s situation or succumb to obvious homeless stereotypes and the grim tone that often haunts British film. Though Hector is homeless after a difficult situation in his past, he finds companionship in fellow rough-sleepers Hazel (Natalie Gavin) and Dougie (Laurie Ventry), and together they go about their day.

For Hector, that involves collecting his pension, getting a warm cup of coffee and having a quick wash in a supermarket bathroom. This aspect of homeless life isn’t often explored and Gavin’s film gives a real insight into how someone without their own bed and bathroom manages to get by in their daily life.

With Christmas coming up, Hector is making his annual trip down to a shelter in London, trudging along motorways and relying on the kindness of long-distance truckers to get him down there. Along the way, he makes contact with his estranged sister (Gina McKee) and her husband (Stephen Tompkinson), who let Hector know that they aren’t too keen to get back in touch. Once he makes it to the shelter, Hector meets up with some old friends, including Jimbo (Keith Allen) and kind-hearted social worker Sara (Sarah Solemani), who helps him track down his brother (Ewan Stewart).

What’s refreshing about Hector’s journey south is the way he is often positively received by those around him. There’s the inevitable run in with some young NEDs and an unfortunate misunderstanding in a café that highlights the dangers faced by living on the streets and the stigma that comes with it but overall, Gavin presents a number of characters who are kind and welcoming to Hector without ever becoming patronising.

In the central role, Peter Mullan gives a typically excellent performance. He imbues Hector with a quiet dignity and has an easy-going manner about him that makes it easy to believe that so many people would be quick to help him out. His weathered features and weary body language convey a tiring and difficult life but Mullan maintains an overriding positivity, making Hector a sympathetic character but never someone we pity. The supporting cast are routinely solid with Solemani in particular impressing as a good person looking out for Hector without coming off as a one-dimensional saint.

While revelations about Hector’s past give a disappointingly neat explanation for his current status, overall Gavin’s film is thoughtful and eye opening without being preachy or becoming too heavy. He may or may not have painted a complete picture of homeless life but he has certainly shone a light on the human side of life on the street through a warm, insightful and ultimately hopeful character study. 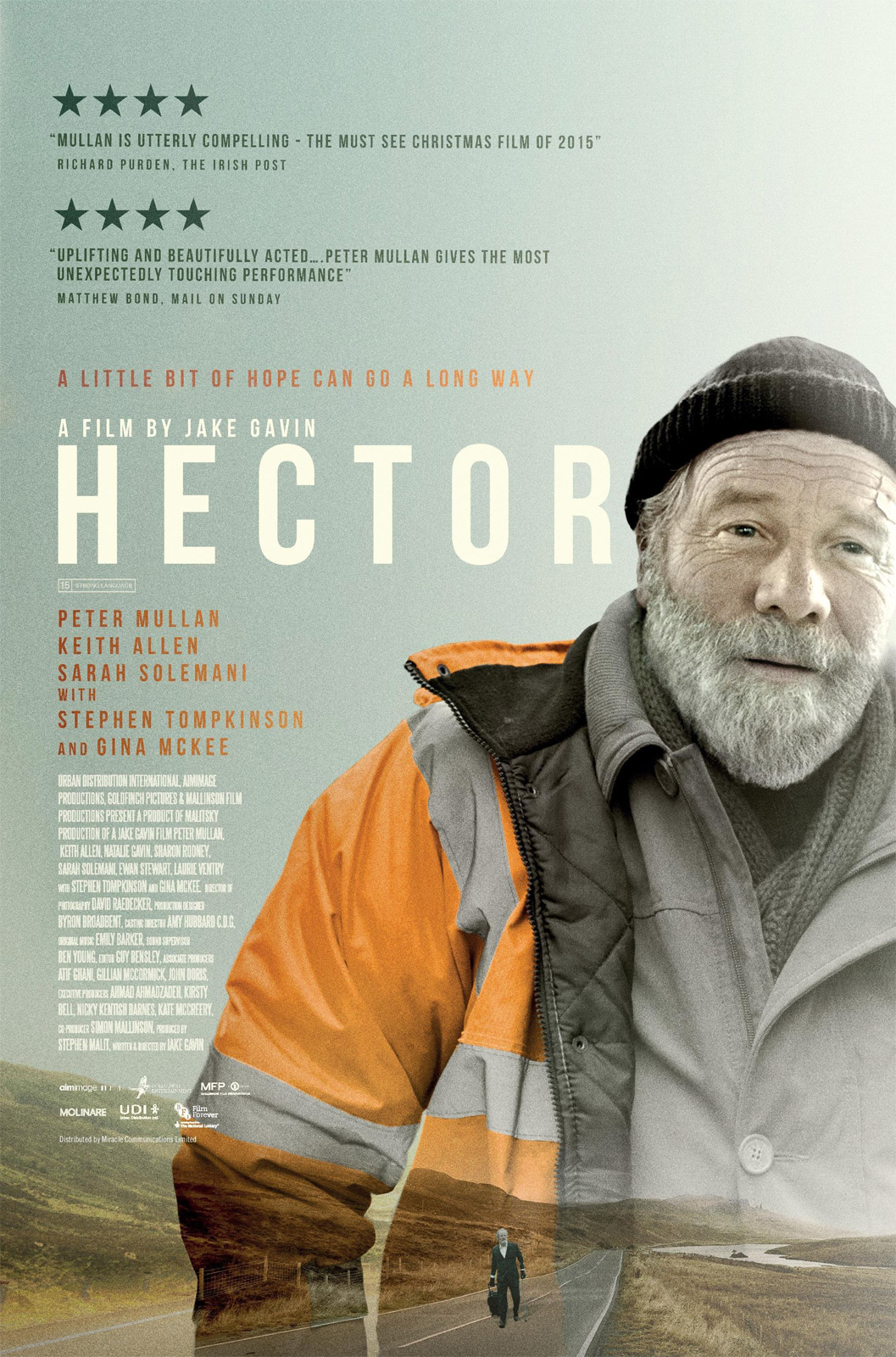