The recurring theme throughout many of Pixar’s great films – since their first feature Toy Story back in 1995 – is the idea of a secret world that we regular humans don’t know about: the world Andy’s toys inhabit in the Toy Story trilogy; the bugs dealing with grain issues in A Bug’s Life; the monsters of Monsters Inc; or the society of fish in Finding Nemo. The studio’s latest – and possibly greatest – film Inside Out combines that hidden world with Pixar’s trademark poignancy and emotion by focusing on the hidden world of, well, the emotions themselves.

Inside Out’s ingenious premise focuses on the inside of a little girl’s brain and opens on a scene so beautiful it’s almost impossible not to cry right away. The film begins when Riley, the little girl in question, is born and along with her comes Joy (voiced by Amy Poehler), a perky sprite that inhabits Riley’s brain and takes the reins right away, making the little girl elicit an adorable giggle.

Through a montage, we see Riley grow up, with the world inside her brain beginning to fill out with more emotions – Anger (Lewis Black), Disgust (Mindy Kaling), Fear (Bill Hader) and Sadness (Phyllis Smith) – and little ‘personality islands’ have sprung up around the control room. When Riley makes a memory, it pops up into the control room and is fired off to the relevant section. The world Docter has created is inspired, an idea so brilliant that it’s a relief that the execution is so perfect.

The main plot of the film begins when 11-year-old Riley’s parents upsticks and take her from her comfortable life in Minnesota to a new life in San Francisco. As Riley loses touch with her friends, struggles to settle at her new school and misses her hockey team, she has an emotional crisis that sends Joy and Sadness deep into the recesses of Riley’s mind and the main plotline sees Joy toil her way back to the control room. Meanwhile, Anger, Disgust and Fear are left to run the show in Joy’s absence, making Riley more stroppy and sarcastic as a result.

It’s heart wrenching to watch this happen as it’s something anyone can relate to: the loss of childhood innocence and the impending complexities of adulthood. As Sadness touches Riley’s previously Joy-inflected memories, they turn from a bright yellow orb to a chilly blue, tainting previously happy memories with a tinge of sadness that’s all too familiar and at times overwhelming. Almost every other scene is a tearjerker so powerful that it rivals Docter’s previous masterpiece Up in the tissue-count stakes.

Amongst the tears however is a high laugh count, from inspired visual gags like Joy and Sadness being turned into Cubist blobs during a journey through Riley’s Abstract Thoughts, to the spot-on representations of other characters’ control rooms. The comedy is often so perfectly timed, including the film’s best joke late on in the story, that it pierces the sadness of a previous scene and gets a bigger laugh for it.

Pixar may have faltered in recent years and the worrying amount of sequels on their slate may have set off alarm bells amongst those thinking the previously untouchable studio was on the decline. Inside Out shatters that perception, with Docter delivering a film that’s ingeniously conceived and beautifully executed; a universally relatable and heartbreakingly human film that is sure to earn classic status in years to come. 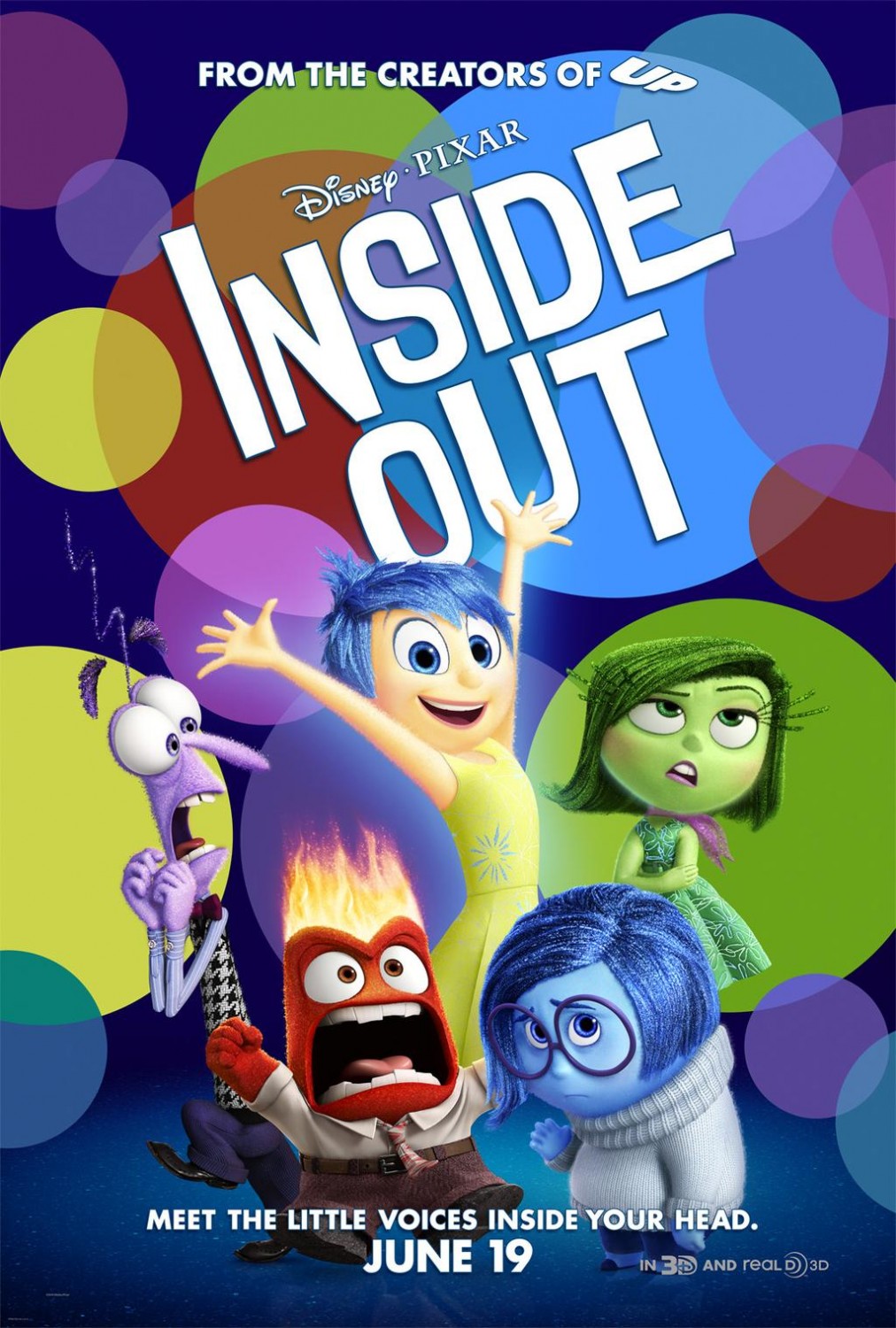