hys Ifans stars as Len, a successful music producer who became so disillusioned with the music industry, he packed up and quit right in the middle of an awards ceremony. Now living in a quiet neighborhood in upstate New York, Len spends his days listening to music, watching old British TV shows and hanging out with local kid William (Keir Gilchrist).

That quiet existence is disrupted by the arrival of both his estranged son Max (Jack Kilmer) and his pop star protege Zoe (Juno Temple), who is looking to escape the parties and press that are taking over her life.

Directed by first timer Tim Godsall, Len and Company is a slight but nuanced film and Godsall mines a lot of good material from his three leads and the way they bounce off each other in their secluded house. Both Max, an aspiring rock star, and Zoe, who is on the verge of a breakdown, are seeking some kind of fatherly guidance from Len and desperately want his approval but Len is in the midst of his own mid-life crisis and just wants peace.

Temple and Kilmer are both fantastic but this is Ifans’ show and he seems to relish Len’s blunt, curmudgeonly nature. Ifans conveys with some level of subtlety the regrets and longing for a different era that bubble beneath his grumpy exterior and occassionally bursts into moments of real passion and fire. It’s one of Ifans’ most interesting performances to date.

Some unwelcome melodrama in the third act, via a misjudged stalker angle, feels entirely out of place and knocks the film off its path a little bit but nonetheless, Len and Company is a curiously compelling little film. 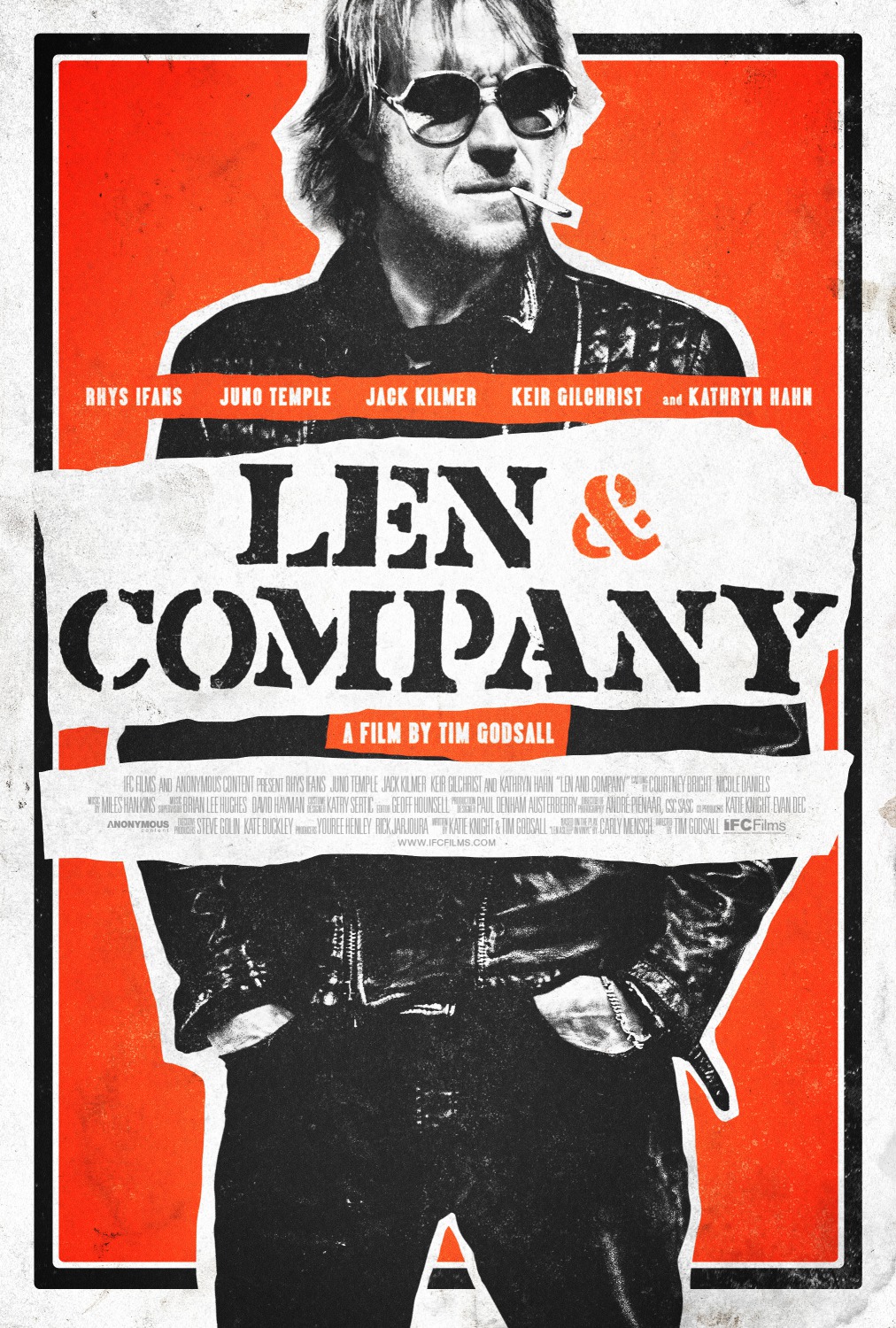