Veteran director, actor, writer and all round Hollywood legend Peter Bogdanovich is back behind the camera for She’s Funny That Way, his first narrative feature in ten years. A throwback to the screwball comedies of yesteryear, the film tells the story of a hooker-turned-actress and the way in which she connects various different lives around her.

Imogen Poots stars as Izzy, a young escort with dreams of becoming an actress. She shares a night of passion with Arnold (Owen Wilson), a sweet guy who’s nothing like her usual clients. He gives her $30,000 as long as she promises to quit escorting and turn her life around. The next day, she lands an audition for a leading role in a Broadway play. The director? Arnold.

That is the first in a long line of connections and coincidences that continue to escalate throughout the film as we meet each character, including leading lady Delta (Kathryn Hahn), Hollywood star Seth (Rhys Ifans), aggressive therapist Jane (Jennifer Aniston), her beleaguered boyfriend Joshua (Will Forte), an obsessed judge (Austin Pendleton) and the private detective he’s hired to keep tabs on Izzy (George Morfogen).

It’s a tangled mess of characters and crossed paths and part of the joy is discovering the various connections between them as the coincidences continue to pile up throughout the film. Of course, it’s all silly but that’s what Bogdanovich – who also wrote the screenplay – is going for and he nails the light-hearted, farcical tone of screwball comedies while crafting an intricate story of implausible but humorous happenstances.

Some of the set-pieces are delightfully staged, particularly a dinner date sequence that throws all of the characters into the same restaurant, each one there with someone they shouldn’t be with and trying to avoid the others. It’s a well-crafted scene that makes the best use of the impressive ensemble that Bogdanovich has assembled.

Poots in particular gives an impressive performance as Izzy. Her clumsy body language shows a knack for slapstick comedy and her Noo Yawk accent is surprisingly good throughout. She crucially provides the film with a likeable centre for all of the less sympathetic characters to swirl around. Ifans gives good sleaze, Wilson does what he does and naturally does it very well, while Aniston goes against type with a bitchy, highly strung performance.

It might not match up to the classic screwball comedies that it’s trying to emulate, but She’s Funny That Way is a light and fluffy confection of a film, a charming exercise in farce from a director and cast who are clearly enjoying themselves. 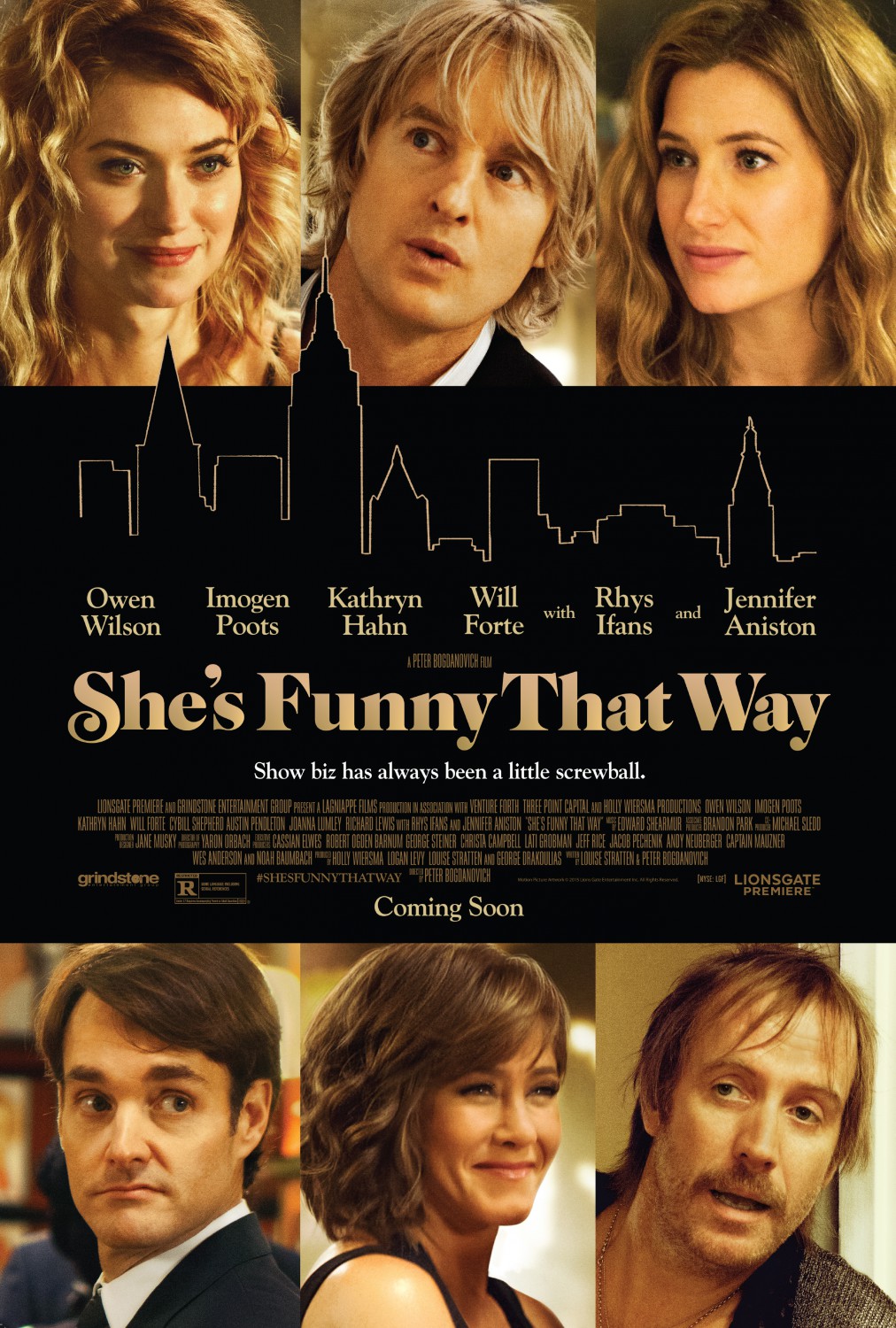