Jack Black delivers one of his best performances to date in The D Train, a surprisingly insightful and often hilarious comedy from first time directors Andrew Mogel and Jarred Paul.

Black stars as Dan, the exceptionally uncool chairman of his high school reunion committee. After spotting Oliver (James Marsden), the coolest guy from their high school days, on a cheesy TV ad, Dan tries to impress the other members of the committee and up attendance to the reunion by heading to LA and convincing Oliver to come along.

The biggest issue with the film is that Dan decides to make up a heinous lie involving corporate mergers to his boss Bill (Jeffrey Tambor) and his wife Stacey (Kathryn Hahn) to pave the way for his trip to LA. But when Bill insists on coming along, the lie grows legs in a way that’s funny but a little too silly, meaning the plot of the film rests on something that could’ve been avoided with one line of dialogue.

Nonetheless, The D Train overcomes that misstep with a second act twist that elevates this film beyond the standard midlife crisis story it seems to be telling and it becomes a much richer exploration of masculinity, sexuality and male friendships.

That’s not to say it suddenly becomes a sombre, soul searching film. Getting laughs is still the film’s raison d’etre and it’s extremely successful. Black and Marsden are both on top form as a needy loser who has never moved on from high school and a super confident, promiscuous bro struggling to make it as an actor respectively.

Black’s character here is more ordinary than we’re used to seeing from him and he perfectly embodies the everyday schlub who’s moderately successful at work and kind of happy at home with his family but still hung up on his past and the dreams of what he thought he could’ve been.

Marsden, whose leading man looks often see him miscast, is a better comedic performer than anything else and this role is a perfect vehicle for him. His character is essentially just as big a loser as Dan is and when the chance comes along to be worshipped and revered again just as he was in high school, it’s too good to resist. In LA, he’s one of thousands of good-looking guys trying to make it but back home, he’s a god, especially in the eyes of Dan.

It’s that complex relationship and the excellent performances at the heart of the film that makes The D Train such a pleasant surprise. 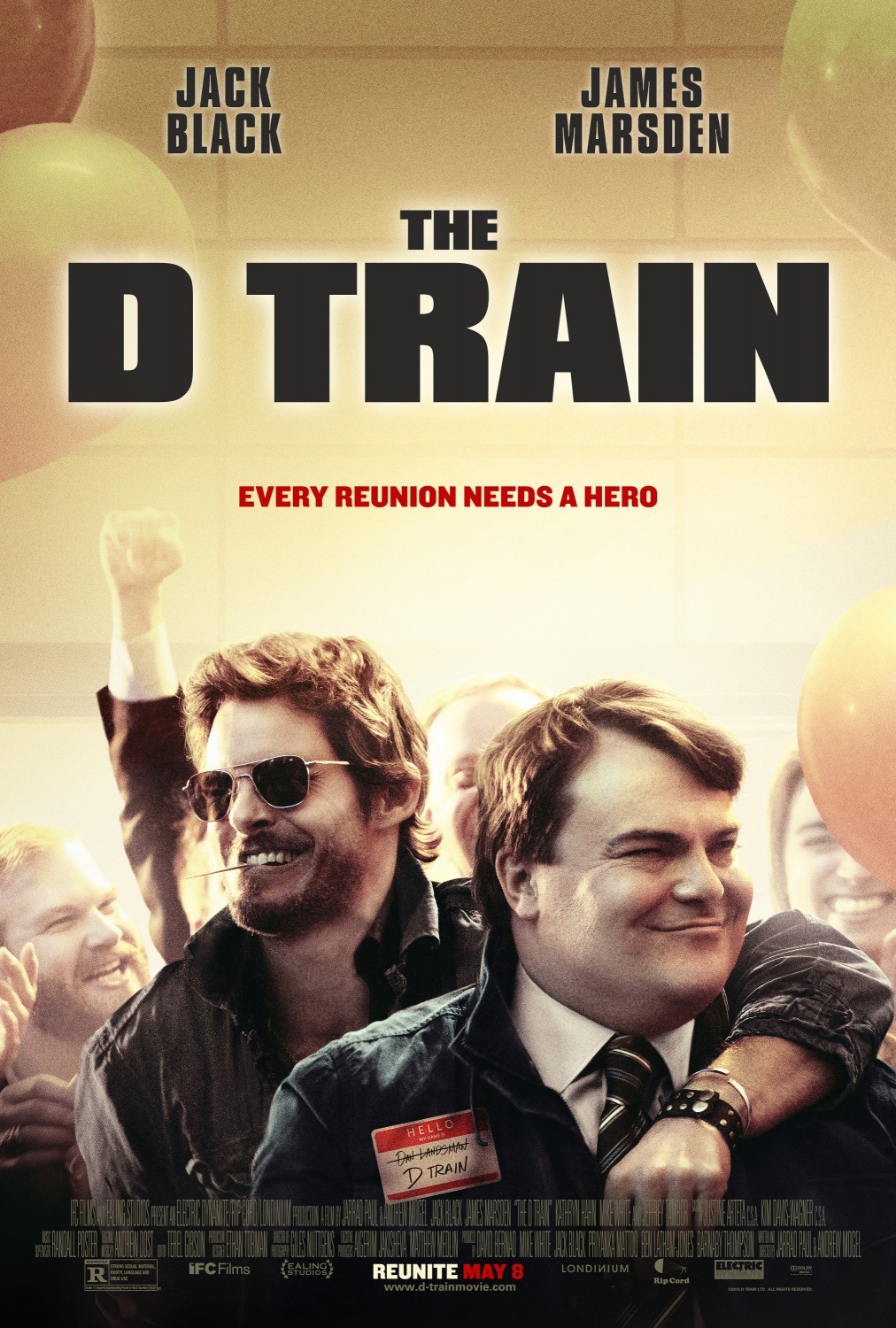