Based on Phoebe Gloeckner’s semi-autobiographical graphic novel of the same name, Marielle Heller’s The Diary of a Teenage Girl is a funny, bold and refreshing coming of age story focusing on teenager Minnie (Bel Powley) as she discovers her sexuality, freedom and adulthood over the course of a few tumultuous months.

Set in 1970s San Francisco, the film opens with 17-year-old Minnie strutting down the street, proudly proclaiming via voiceover that she just lost her virginity. However, as she delves into the story of her first sexual encounter, we discover that it’s hideously inappropriate and extremely illegal, considering the man in question – Monroe (Alexander Skarsgard) – is 20 years her senior and oh yeah, also happens to be her mother’s boyfriend…

It doesn’t end there as the couple’s affair continues with Minnie completely smitten with her first conquest and genuinely believing they can have some kind of relationship while Monroe knows it’s wrong and he should end it but really, he just doesn’t want to. Meanwhile Minnie’s mother (Kristen Wiig) is content to push her daughter towards drink, drugs and boys but isn’t oblivious to her burgeoning sexuality and clearly worries that Minnie will soon overshadow her.

Heller, best known as an actress, is making her debut as a writer and director and does an admirable job. Much of the film is shot with a warm, nostalgic hue that’s fitting for the counter cultural seventies setting and thanks to Minnie’s dreams of becoming a cartoonist, the film is littered with inventive animated flourishes and some fully animated scenes that bring Minnie’s distinctive drawings to life.

It’s a style that perfectly matches the teenage perspective the story is told from, with everything coming from Minnie’s point of view and as such the film feels as curious, impulsive and energetic as its protagonist. It’s interesting to see a coming of age story told from a fresh angle and Heller depicts Minnie’s sexual awakening(s) with unflinching honesty, veering into some dark territory as Minnie gets involved in increasingly sketchier scenarios, putting herself and her personal relationships in jeopardy along the way.

Given the difficult task of carrying the film from its first scene to its last, Bel Powley gives one of the most revelatory performances of the year. The young Brit made a name for herself earlier this year in Royal Night Out but this film will no doubt be a huge breakout, her performance expertly embodying a girl developing the confidence and self-assurance of an adult but who is still as naïve and reckless in her actions as a child. The supporting cast are similarly excellent, with Alexander Skarsgard’s quiet charm making Monroe more than just a typical sleaze ball despite his reprehensible actions and Kristen Wiig conveys alcohol-soaked insecurity perfectly.

Ultimately, The Diary of a Teenage Girl is an energetic and vibrant comedy that isn’t afraid of the more risqué elements of its story and presents flawed characters who often make morally dubious decisions in an honest, non-judgemental way. Written and directed with wit, style and providing a keen insight into teenage behaviour, this is an assured and powerful debut from Heller with a star-making turn from Powley at its core. 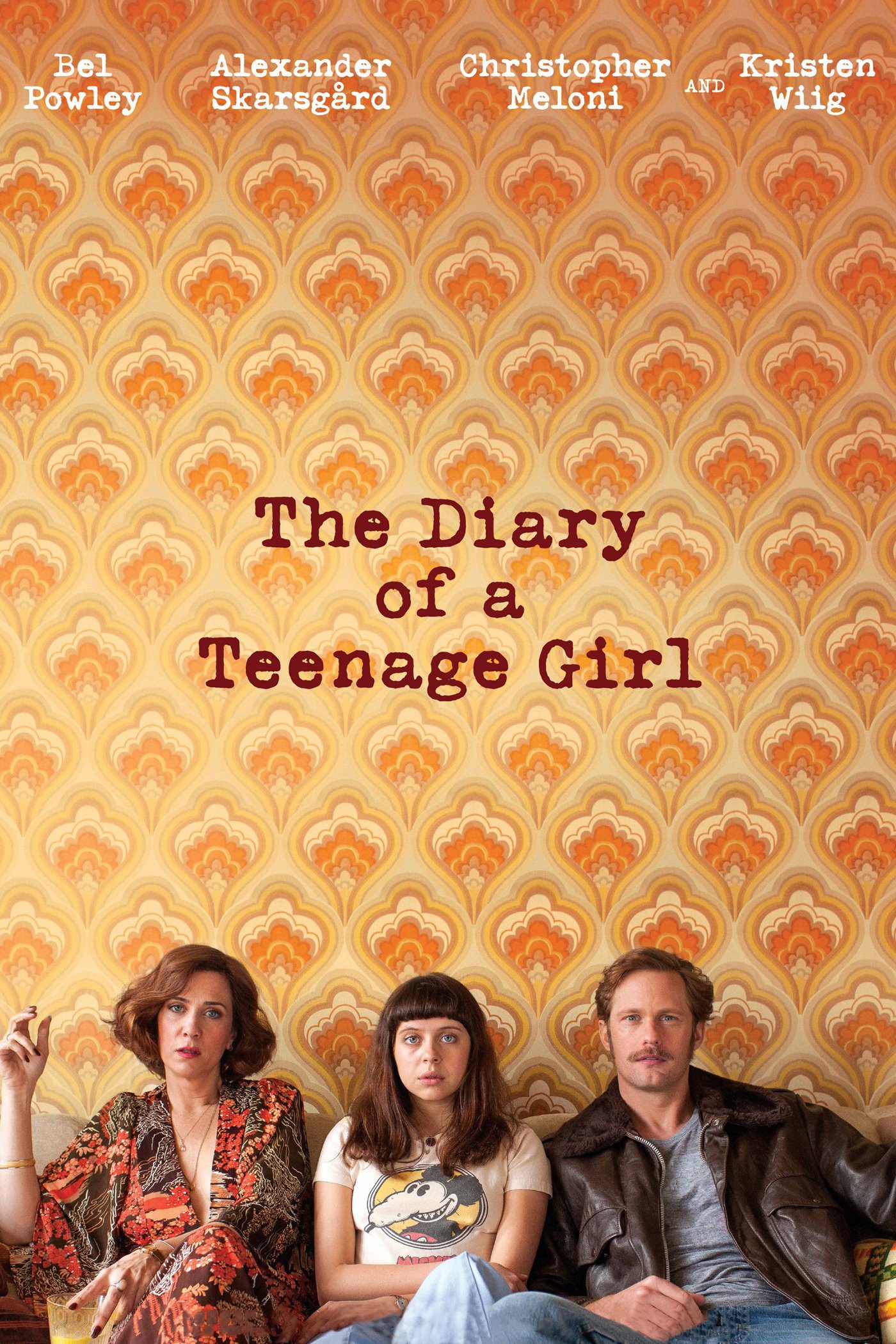