In 1971, an experiment at Stanford University in California saw 24 male college students randomly assigned roles as prisoners and prison guards in a makeshift penitentiary in the basement of the school. This controversial experiment has proven ripe for adaptation – from German prison thriller Das Experiment (and its US remake) to an episode of Veronica Mars – and now we have Kyle Patrick Alvarez’s The Stanford Prison Experiment.

Alvarez’s film seems to be a straight up retelling of the events that took place in the mock prison. Dr Phillip Zimbardo (Billy Crudup) and a small group of undergraduates select their subjects based on their background and upbringing, aiming to pick those without any psychological problems or previous criminal convictions. They are then randomly assigned roles as guards or prisoners, based on no more than a coin toss.

The prisoners are given stocking caps and ill-fitting dresses to wear, while their names are replaced with their prisoner number, completely stripping them of any identity. The guards are given matching uniforms, sunglasses and batons, to show a united front to the prisoners, though are told under no circumstances to assault anyone.

The good humour of the first few hours quickly fades away when the prisoners start to act out and the guards begin to assert their authority, particularly once Archer (Michael Angarano) starts his shift. Donning a Southern accent and a tough-guy demeanour, he relishes the control he has over the prisoners and begins to break them down, mentally and physically. Some guards join in while others shy away from it. Some of the prisoners just accept it and do what they’re told while others, like Prisoner 8612 (Ezra Miller), are quick to rebel.

It’s all fascinating to watch, for both Zimbardo and for us. Alvarez lets events play out slowly, allowing the scenes the time to build maximum tension until it’s almost difficult to watch. Many of the scenes here are quietly unsettling and the first half of the film in particular is mesmerising, seeing how each student reacts to their new dingy, claustrophobic surroundings.

In the third act however, things start to come off the rails, in both the experiment and the film. The psychological abuse gets more extreme, escalating from singing prisoner numbers to simulating sex on each other, and while the events are no doubt based in fact, the way they are depicted in the film comes across as a little bit too frenzied.

The Zimbardo character is also problematic, coming across as more of a generic movie mad man than an intelligent professional conducting a legitimate experiment. His reasons for letting the experiment play out as long as it does, particularly as it becomes dangerous, never fully convince and the introduction of Nelsan Ellis as a former convict brought in to ensure authenticity is ironically the most inauthentic aspect of the film.

There’s no faulting the performances inside the ersatz prison though. Despite an unfortunate amount of shoddy faux facial hair and seventies-style wigs, the young cast is routinely superb. Alvarez has managed to assemble a who’s-who of talented actors under the age of 25, including Tye Sheridan, Johnny Simmons, Jack Kilmer, Keir Gilchrist, James Frecheville, Moises Arias, Brett Davern and many more.

Ultimately, The Stanford Prison Experiment is an interesting and thought-provoking film that examines the way we react to assigned roles and perceived power, but the wheels do come off a little in the third act and the chilling authenticity of the earlier scenes almost entirely dissipates. 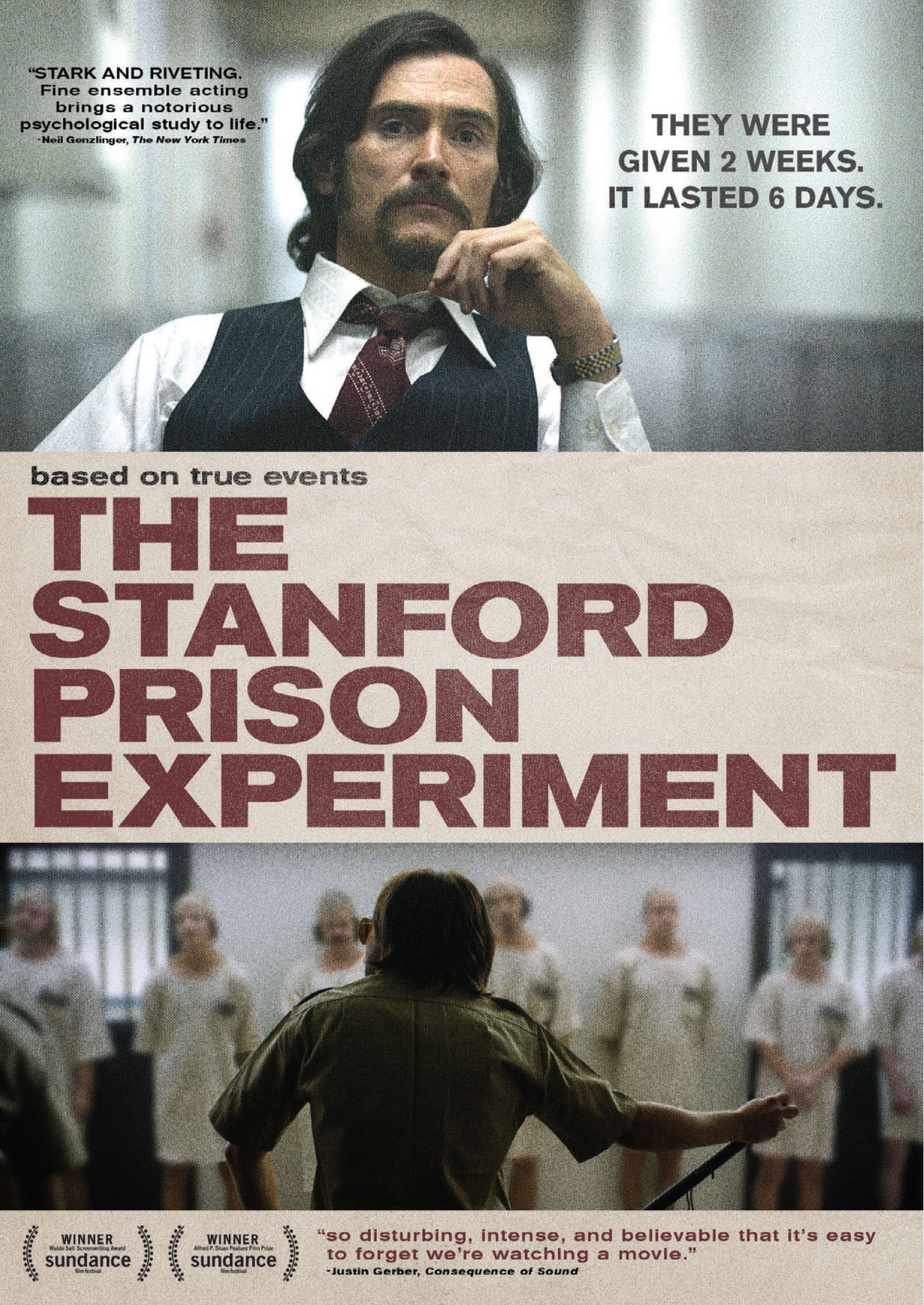