Welcome to Me’s protagonist, Alice Klieg, is a troubled woman. She ignores her psychiatrist’s pleas to keep taking her meds, watches self-help videos obsessively and seems to be a borderline sex addict. When she wins $86 million on the lottery, she indulges her narcissistic personality to the point of paying a struggling TV studio to give her a show of her own. The topic? Alice Klieg.

Naturally, the show is a complete trainwreck which of course only makes its viewership grow and Alice (Kristen Wiig) begins to gain some fame, even getting her own obsessive superfan Rainer (Thomas Mann). Alice uses her show to vent on people from her past, casting actors to re-enact moments from her life where she was slighted by someone, however minor. It regularly ends abruptly when the producers decide her screaming and crying has gone too far.

The producers in question are brothers Gabe (Wes Bentley) and Rich (James Marsden). Gabe is sweet and seems to understand Alice, to the point that they strike up a kind of relationship. Rich meanwhile just wants to keep Alice happy so her money rolls in and they can keep the studio afloat, regardless of how terrible the show is.

Welcome to Me trades largely on uncomfortable, awkward humour, mainly because Alice is so unpleasant and unhinged that she puts everyone around her on edge. She reads out pre-prepared statements instead of just talking and she routinely throws Oprah-style self-help jargon into conversation.

Even though she’s tasked with playing a character that’s a lot harder to like than usual, Wiig is fantastic as Alice. She is of course an accomplished comedian after years of honing her skills on Saturday Night Live, but nowadays she uses her comic chops in a less obvious way and usually in darker material. She has shown in the likes of The Skeleton Twins and Friends With Kids that she is a strong dramatic actress too and this performance lets her show off that range and nuance. She plays the character straight, conveying Alice’s self-absorption and complete lack of self-awareness.

To balance out Wiig’s sometimes difficult to watch character, the supporting cast around her are a lot easier to like, especially Linda Cardellini, who should really be in more films, as her supportive but frustrated best friend. Tim Robbins also crops up as Alice’s exasperated therapist who seems to genuinely want to help her but at times she seems beyond help, especially once her show grows in size and she begins to believe her own hype.

The film is the sophomore effort of director Shira Piven – sister of Jeremy Piven and wife of Adam McKay – after the little-seen Fully Loaded back in 2011. Her direction here isn’t visually remarkable in any way but she does a good job of managing the odd mix of tones and comedic beats from Eliot Laurence’s script, which doesn’t shy away from comedy that’s so dark and uncomfortable it almost makes you feel bad for laughing.

Ultimately, Welcome to Me is an effective character study with a standout performance from Wiig at its centre, but beyond making a few strong but fairly obvious points about our reality TV culture, it doesn’t particularly go anywhere. It’s delightfully dark tone doesn’t quite have the story to elevate it from good to great, which it had the potential to be. 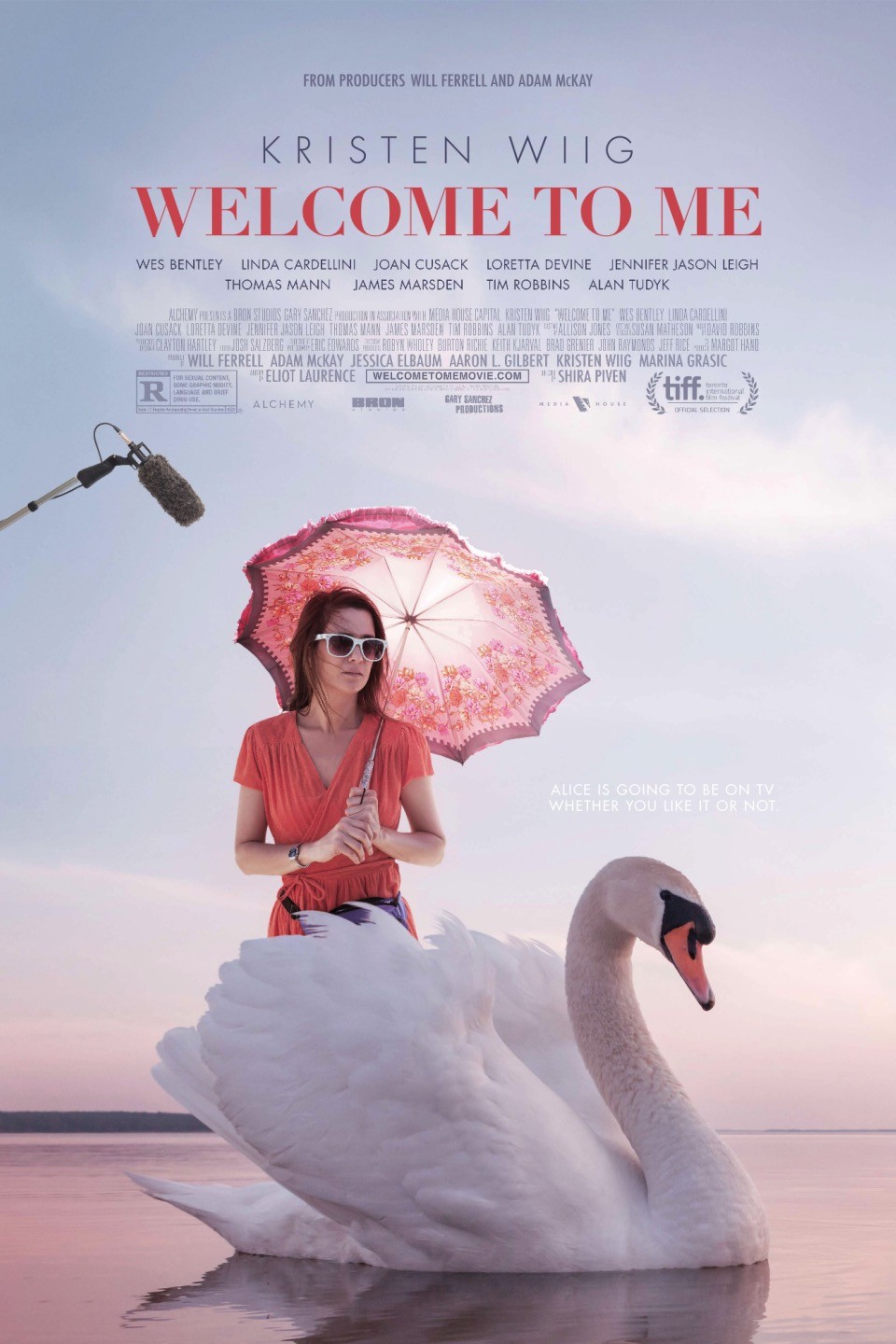