The quirky collection of Brooklyn hipsters and verbose intellectuals at the centre of Maggie’s Plan – the fifth feature from writer/director Rebecca Miller – immediately calls to mind the likes of Noah Baumbach and late-period Woody Allen. But Miller’s film is far from a predictable retread, exploring ideas of control and destiny in a film that surprises and delights in its reluctance to settle easily into one genre.

It begins as a romantic comedy would, with a neat set-up bringing our central couple together. Maggie (Greta Gerwig) tells her best friend and ex-boyfriend Tony (Bill Hader) that she’s planning to have a baby by herself as she believes she’ll never find a man who will love her enough. She decides on dopey artisanal pickle entrepreneur Guy (Travis Fimmel), an old college friend, as the sperm donor and schedules a time for the insemination. Right around the same time, there’s a mix-up at the university where Maggie works that leads to a meet-cute with John (Ethan Hawke), a ficto-critical anthropologist known around the school as a “pantie-melter”.

Despite his marriage, the two hit it off, particularly when Maggie agrees to read John’s manuscript. She’s complimentary and enthusiastic, feeding John’s ego at a point where his career is being overshadowed by that of his fiercely intelligent wife Georgette (Julianne Moore). John, like so many clichéd middle-aged writers before him, falls for the more pliant younger woman and leaves Georgette. At this point, you’d be forgiven for thinking you know where this one is going: the couple get together, overcome a few obstacles and wind up living happily ever after.

That’s when Miller jumps forward three years to find Maggie and John married with a young daughter of their own. It becomes clear that although Maggie in theory has everything she wanted, it isn’t quite what it’s all cracked up to be. She essentially functions as a child-minder and housekeeper for John, who puts his own career and insecurities ahead of Maggie’s and still seems to be obsessed with Georgette, now his ex-wife. Maggie soon hatches a new plan to get John out of her life and the film shift gears into more of a screwball comedy as she starts to assemble the pieces necessary to pull it off. Amidst all of the growing farce and comedic moments, Miller never abandons her characters and always takes them seriously, even as she pokes fun at them for their pretensions and self-regard.

At the centre of it all is a trio of fantastic performances – as you would expect – from Gerwig, Hawke and Moore. For Gerwig, this is very much in her New York hipster wheelhouse, not straying all that far from her previous work, though Maggie has a clearly defined plan and more of a sense of what she wants than, for example, Frances in Baumbach’s Frances Ha. She could play this kind of role in her sleep at this point – who else could pull off the line “I’m renting it from a poet” – but still she finds new shades to that persona and carries the bulk of the film seemingly effortlessly. Hawke too is very much in a role we’ve seen him play numerous times, that of the intellectual heart throb approaching middle-age but he’s so good at it, subtly unfurling John’s insecurities and narcissism as the film plays out.

The bigger revelation is Moore, donning various garish fur ensembles and an inexplicable accent to play her most comedic role for years. Georgette comes to the fore late in the film and Moore’s deadpan delivery produces some of the film’s funniest moments, while she manages to keep Georgette real and human enough to stop the character slipping into camp caricature.

Ultimately Maggie’s Plan is effective as both a character study of a woman looking to exercise control over everything in her life and a comedic relationship farce, enlivened by sharp writing and excellent performances across the board. 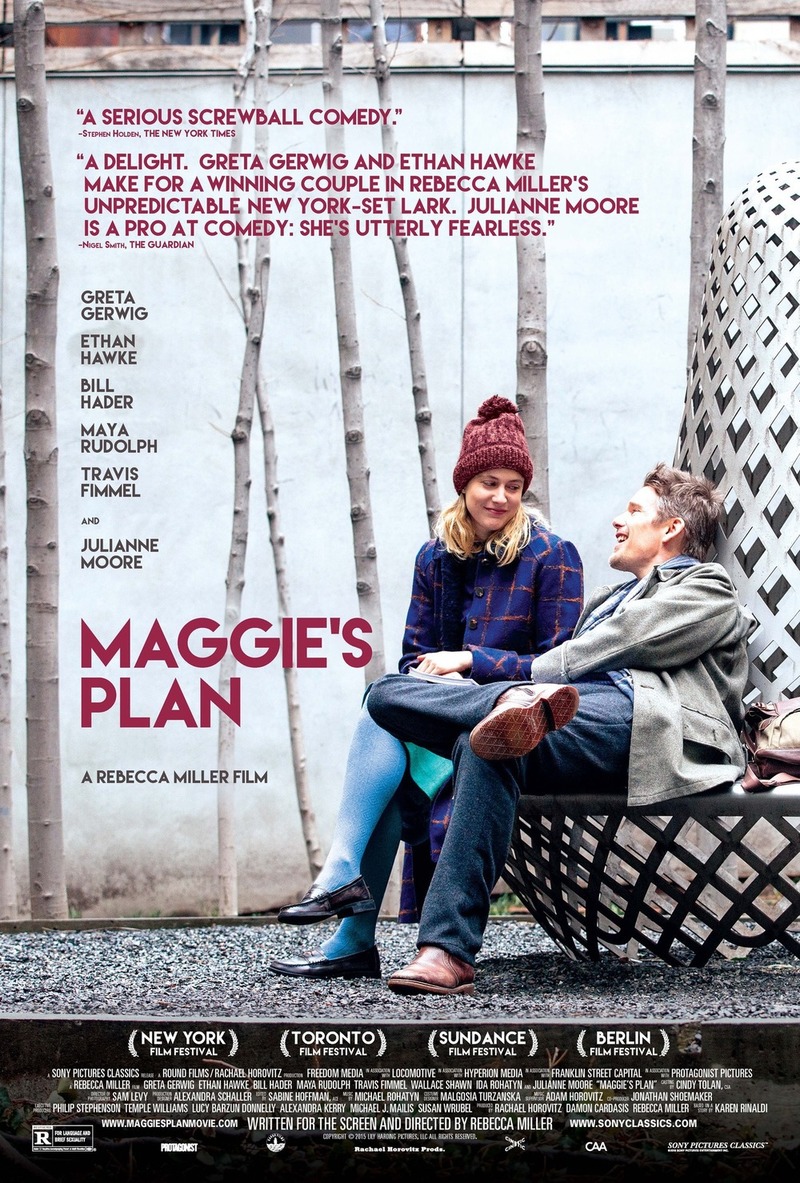