A fixture in independent cinema over the past decade, actor Brady Corbet makes his directorial debut with The Childhood of a Leader, and what a powerful debut it is. Dark and atmospheric, the film tells the story of Prescott (Tom Sweet), a young boy growing up in France after the first world war who, as the title suggests, will grow into an important figure in the years to come.

Prescott lives with his American father (Liam Cunningham) and German-born mother (Berenice Bejo) in a big country house in rural France. His father is a US diplomat, there on behalf of the President to work on the Treaty of Versailles. The story is told in three defined acts, each centring around a particular tantrum of Prescott’s and the resulting fallout, including a series of ineffective attempts at discipline from his parents.

Corbet’s script, co-written with his wife Mona Fastvold, wisely keeps Prescott’s misdemeanours relatively minor and plausible, though as the punishments become more severe, so too does his behaviour. There’s very little affection in Prescott’s relationships with his parents and his unbreakable will-power renders their attempts to punish him mostly futile. Whether it be an embarrassing public apology, a night sat at the table until he finishes his supper or the eventual slip into physical violence, it only strengthens the young boy’s resolve.

As all of this transpires, Corbet sustains a grim, foreboding tone as these characters knock around the halls of their gloomy country house, with only the occasional shaft of afternoon sun breaking through the musty, suffocating atmosphere. Those rare bursts of sunlight generally accompany Prescott’s French teacher Ada (Stacy Martin, excellent), a calming influence on Prescott though also an object of burgeoning desire. Prescott is also close to his maid Mona, who is much warmer and caring towards the boy than his own mother. The souring of these two crucial relationships helps nudge Prescott towards the more extreme actions that constitute his third and final tantrum.

Corbet has done an excellent job of pulling together an impressive cast and crew, from Lol Crawley’s rich, textured cinematography to a uniformly excellent cast that also includes a small but ultimately pivotal role for Robert Pattinson. The MVP of it all however is composer Scott Walker, whose powerful orchestral score lends the film much of its atmosphere and the sense of dread that permeates every scene. As the film reaches its audacious, jaw-dropping climax and Walker’s score crescendos, it’s enough to raise a few goose bumps.

The Childhood of a Leader marks an understated yet assured and wildly ambitious debut from Corbet. Relentlessly dark and quietly mesmerising, this is the kind of film that slowly creeps under your skin and stays there for days. 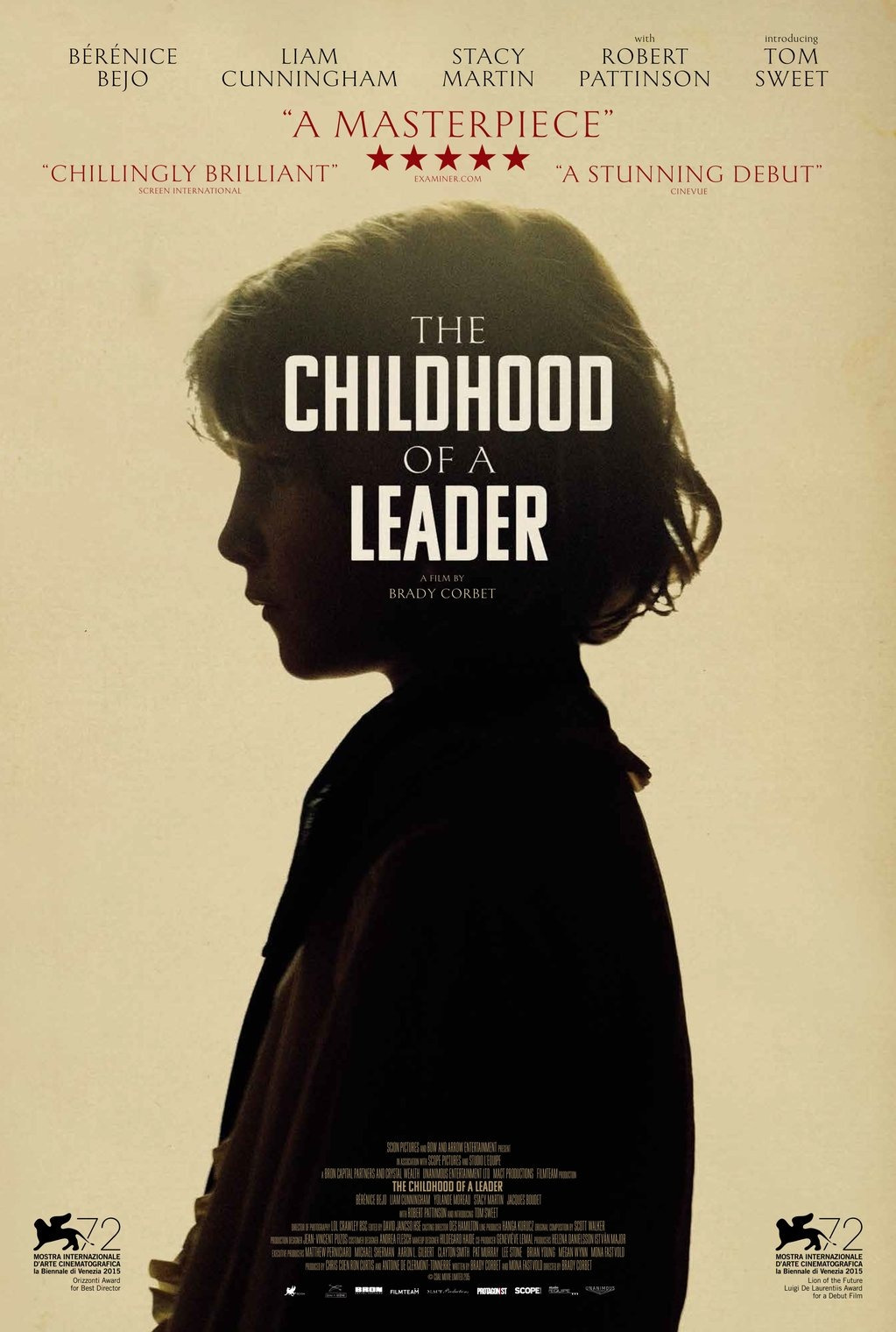