Though it’s premise – a young girl swaps the boxing gym for a dance troupe – sounds pretty straightforward, Anna Rose Holmer’s directorial debut The Fits is a film unlike any other. It’s quiet and minimal and brief – running only 72 minutes – yet feels like there is so much going on and so many possible interpretations of it all.

The film stars extraordinary newcomer Royalty Hightower as Toni, an eleven-year-old tomboy who spends her time at an inner-city community centre helping out her brother Jermaine (Da-Sean Minor) in the boxing gym where he works and trains. Toni trains too, working out and practicing her boxing technique with Jermaine and his friend Dante (Antonio A.B. Grant Jr). But across the hall are The Lionesses, a competitive dance team, and Toni is quietly enthralled by them.

At first she just peers into the hall where they train and watches silently but eventually she joins the team, applying the discipline and effort she learned from boxing to dancing instead. It’s a complete change from the world of the boxing gym, more glitter and lip gloss than blood and sweat. Toni is a slow starter but eventually makes friends with irrepressible Breezy (Alexis Neblett), another newcomer to the team.

No sooner has Toni joined the team than the titular fits start taking place. First the team captain is struck by a mysterious seizure that ultimately sends her to hospital. Soon after, one of the other older girls suffers the same fate. Almost every day, another girl succumbs to these fits until it gets to the point that some girls are ostracised because they haven’t experienced it. It becomes almost cool to have had a seizure; certainly some, if not all, girls are faking it and they trade increasingly outlandish stories of their experiences.

The Fits is a quiet and lyrical film that largely eschews dialogue in favour of quiet scenes of Toni studying her surroundings and the social dynamics around her, whether that be the gossiping of the girls in the dance troupe or the macho posturing of the guys at the boxing gym. It is essentially a film about a young girl finding her way in the world and navigating her way through various different societal pressures, working out how to fit in and how far she will have to go. Thankfully Holmer avoids the grit and grime of most inner-city coming of age stories and the decisions Toni has to make are subtler and more low key.

Aided by Paul Yee’s stunning cinematography, Holmer maintains a dreamy atmosphere throughout as the film unfolds slowly and gracefully, avoiding any kind of explanation or easy answers to anything that’s going on. It’s all utterly compelling and there’s so much that can be taken away from this film regarding adolescence and particularly gender; Toni does flit between boxing and dancing after all, two typically gendered sports. Uniquely poetic and endlessly thought-provoking, The Fits is a one-off cinematic experience. 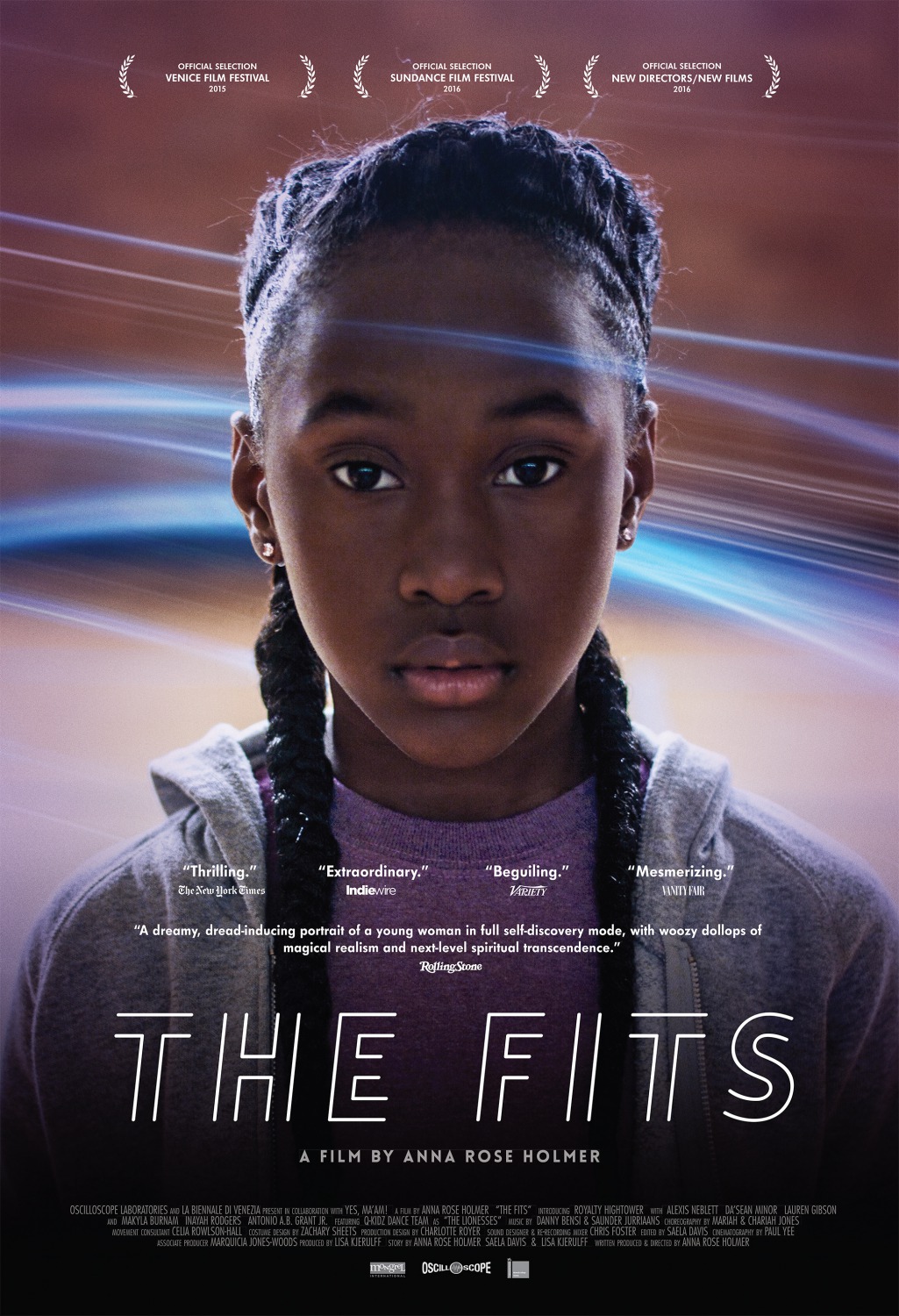