Like Kenneth Lonergan’s Margaret by way of Girls, Peter Mackie Burns’ character study Daphne explores the effects a harrowing ordeal have on a young woman drifting through a life of boozey nights and coke-fuelled hook-ups in an affectionately shot London. As the titular character, rising star Emily Beecham delivers a performance that should be a massive breakout as she is tasked with anchoring the entire film and does so with wit, vulnerability and honesty.

Daphne is a Londoner who hasn’t quite gotten used to being on the wrong side of thirty, meandering through life as a cook and spending her nights partying with her friends, getting blackout drunk with her boss, Joe (Tom Vaughn-Lawlor), or hooking up with strangers in pub toilets. Far from being a dim ‘ladette’ though, Daphne is from the Lena Dunham school of directionless millennial intellectual, blessed with a razor-sharp wit and well-read enough to giggle at her dog-eared copy of Zizek and coke-splain Freud to future sexual conquests.

From the off, Daphne feels like a rich and believable character, and Beecham and screenwriter Nico Mensinga have the courage to keep her edges intact at the risk of her becoming unlikeable. She needles her colleagues, toys with a nice guy who’s taken a shine to her (Nathaniel Martello-White) and is dismissive of her mother (Geraldine James), who is experimenting with wellness and Buddhism after a battle with cancer. When Daphne is involved in a shocking act of violence, it would seem like the catalyst for her personal growth, an event that will make her take stock and set her life on the right track.

While that is largely what the film is going for, it does it so subtly that Daphne’s behaviour barely seems to change. She’s self-destructive before the incident and self-destructive afterwards, only maybe a little moreso. Make no mistake, the lack of emotional fireworks and capital-A acting is very much welcome, and the low-key approach is more plausible and authentic than a lot of hugging and learning. However, the seemingly pivotal incident feels like a minor blip on Daphne’s radar and while that might be part of the point, it doesn’t seem to lead her anywhere as a character that she wasn’t heading already.

As such, the film feels a little meandering; an appealing and enjoyable slice of life drama but one lacking a compelling arc. However, Beecham’s superb, nuanced performance would be enough to recommend the film on its own, so while Daphne isn’t a wholly satisfying experience, it’s still a worthwhile one. 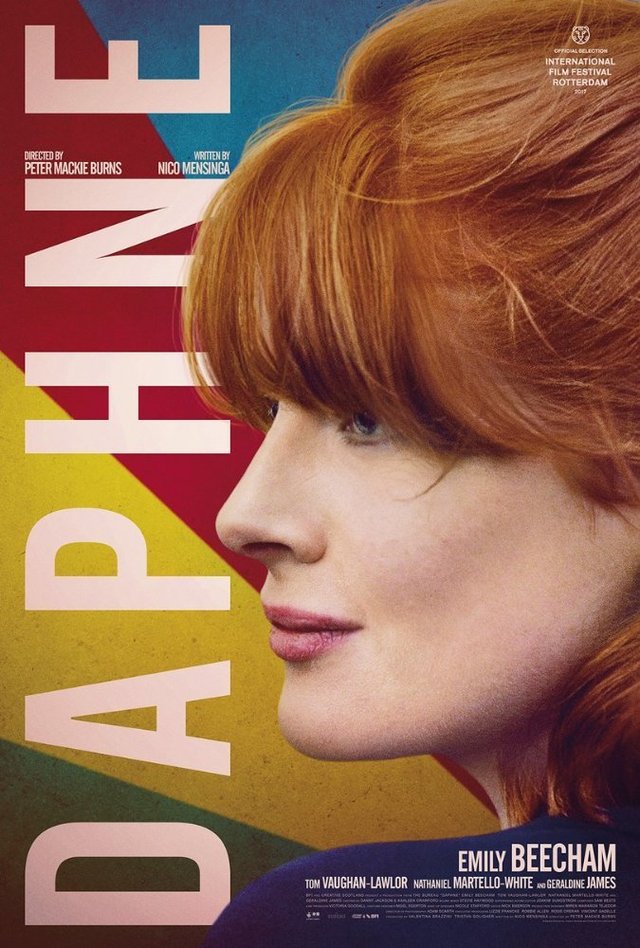