Actor and producer Trudie Styler makes her directorial debut with Freak Show, an adaptation of James St. James’ young adult novel of the same name. It’s the story of Billy Bloom, a self-proclaimed “trans-visionary gender obliviator” who is trying to stay true to himself despite everyone in his life trying to dampen his unique personality.

Billy gets his flamboyance from his beloved mother, who he affectionately nicknamed Muv (Bette Midler). She’s erratic and boozy but instils in Billy an unfaltering confidence and a fierce resolve. When she disappears one day, a heartbroken Billy is sent to live with his rich father somewhere in the South and attend a significantly more conservative high school than he’s used to.

Young British actor Alex Lawther – previously best known for small roles in The Imitation Game and X + Y – is astonishing as Billy, creating a character that truly breaks the teen movie mould. His outlandish outfits and heavy makeup catch the attention of course but beyond that, he makes Billy a fully rounded character. He is a massive, extroverted character with complete confidence in who he is but shows flickers of vulnerability beneath his larger than life persona. It’s clear that he’s hurting when the pupils at his new school begin to pick on him – which takes all of five minutes – but has the strength to double down on his look, eventually turning up to school in a wedding dress.

That outfit gets Billy a beating from the jocks that’s so severe, he ends up in a coma. This is where the film becomes tonally iffy, and perhaps doesn’t deal with such a serious issue in the best way. It seems such a serious assault would prompt some kind of investigation and police involvement but the film glosses over it and the perpetrators get away with it. The school begins to rally around Billy however, and he finds an unlikely friend in the school’s resident football hero Flip (Ian Nelson).

Considering Billy is such a rich and nuanced character, it’s a pity that the rest of the characters here feel so familiar. Flip for example is the typical jock-with-a-heart-of-gold, uneasy with his sporting fame and far more interested in the arts. Billy also encounters Bernard (Christopher Dylan White), a quiet kid who’s always on hand with a homophobic slur – guess what he’s hiding!? The rest of the school is largely populated by the usual meatheads and mean girls, led by Lynette, a God-fearing cheerleader – played by a badly miscast Abigail Breslin – who leads the campaign of bigotry and hatred against Billy.

While the execution might be slightly clunky, the message of acceptance and learning to embrace each other’s quirks instead of trying to force everyone to conform is an admirable one. There’s a lot of Freak Show that doesn’t quite work, taking too many predictable turns and presenting some characters that don’t ring true, but it is ultimately a well-meaning and moving ode to being yourself. That’s an important sentiment that will resonate with everyone, whether they’re as unrelentingly fabulous as Billy Bloom or not. 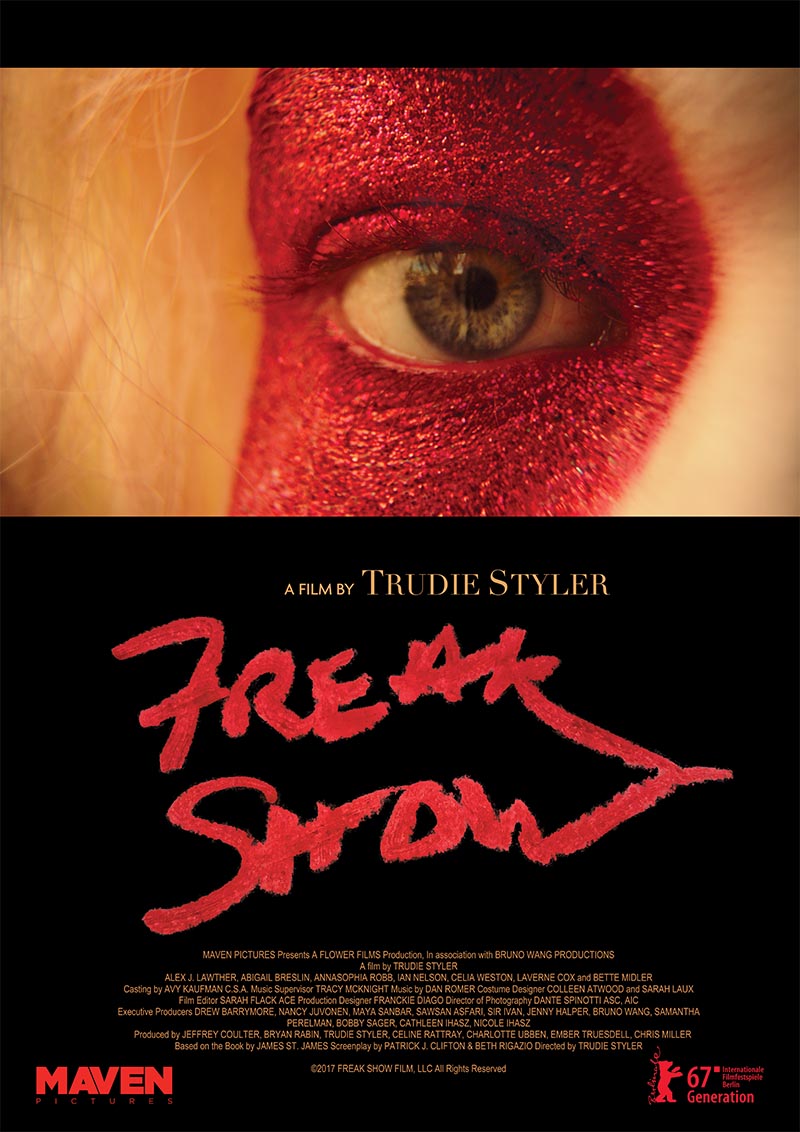