Opening this year’s Edinburgh International Film Festival is Francis Lee’s feature debut God’s Own Country, the story of a passionate relationship blossoming against the rough backdrop of a Yorkshire farm. Josh O’Connor stars as Johnny, a young man who lives with his father (Ian Hart) and grandmother (Gemma Jones) on their family farm. Johnny’s life of mucking out cows by day and drinking himself into a stupor at night is upturned when the family hire a young Romanian farmhand (Alec Secareanu) who forces him to come to terms with his own identity.

Set almost entirely on the farm and the rolling, wild hills that surround it, the Yorkshire-born Lee presents a portrait of the area that despite moments of real beauty, often feels bleak but always honest. It’s a community that values keeping your head down and working hard over being genuinely happy, which is why Johnny is essentially trapped. With his father struggling to keep up after a stroke, Johnny has no choice but to stick around and deal with the brunt of the farm work, which has left him bitter and resentful. His only release is drinking himself stupid in the nearest town and engaging in casual sex with any willing man he can find, something which leads to more confusion, guilt and bottled-up feelings.

In this kind of old-school, working class community and with a family as stoic as his, it’s understandable that Johnny is unable to come to terms with own sexuality, let alone ask anyone else to. The arrival of Gheorge (Secareanu) on the farm brings a lot of Johnny’s deeply-buried emotions bubbling to the surface. He initially greets the Romanian man with suspicion (and racism) but the tension between them quickly becomes sexual and eventually romantic as they embark on a secret relationship. Gheorge is far more comfortable with himself than Johnny, who is closed off and afraid of becoming too intimate.

The comparisons to Ang Lee’s Brokeback Mountain are almost unavoidable, with a tender romance breaking out between two sheep herders in a community that would be far from accepting of it. But this is a more spare and contained film with a focus primarily on Johnny’s internal struggles and his coming of age in a sense. Johnny becomes more accepting of himself and what he wants, though Lee is impressively restrained, avoiding sexual awakening clichés and overblown histrionics even as the third act arrives at an obvious but fitting conclusion.

Shouldering the bulk of the film is young Brit O’Connor who gives a revelatory performance, concealing a wounded sensitivity beneath a tough, loutish exterior. The film relies heavily on the moments between the dialogue, the small gestures and the things that go unsaid, so O’Connor’s ability to convey so much feeling through his eyes and physicality is crucial. Secareanu is also strong and the two have enough chemistry to paper over a few of the cracks in the script when it comes to establishing their mutual attraction. Also excellent are Hart and Jones, who provide the film’s most devastating moments when their tight-lipped stoicism finally gives way to genuine emotion.

Though his background is primarily as an actor, it’s clear Lee has good instincts as a filmmaker and God’s Own Country is a confident and powerful debut. He presents a relationship that feels grounded but passionate enough to pull you in and make you care deeply about these people and want them to get together. That he does this against such a harsh and unforgiving backdrop that dabbles in kitchen-sink miserablism – but comes to a satisfying and hopeful conclusion – is all the more impressive. 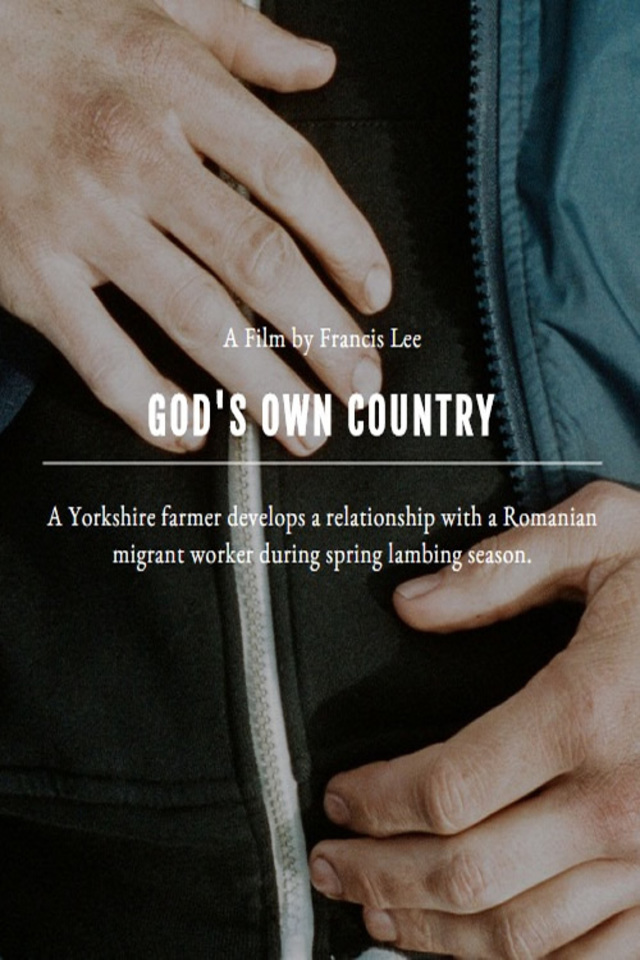