Rupert Jones’ aptly named debut Kaleidoscope is a cleverly constructed psychological thriller that delves inside the broken mind of a lonely gardener with a chequered past. The narrative is splintered into different pieces and shown in a way that raises questions about when events took place, or if they ever even took place at all.

Toby Jones – Rupert’s brother – stars as Carl, a mild-mannered fortysomething living a quiet life after a spell in prison for an unspecified crime. He has a small place in a modest housing scheme and mostly keeps himself to himself, with only his neighbour (Cecilia Noble) for occasional company. He’s looking to change that however, by wading into the world of online dating, where he meets Abby (Sinead Matthews), a bubbly blonde who ends up back at his flat. She’s outgoing and chatty and a stark contrast to the more reserved Carl but she seems interested in him nonetheless.

Things take a turn for the weird when Carl wakes up to find Abby’s dead body in his bathroom, with no idea how it got there. He starts to get flashbacks to what transpired the night before, but how much of it actually happened? Just as he’s trying to cover up his potential crime, Carl also has to deal with Abby’s boyfriend beating down the door, the police investigating her disappearance and the untimely arrival of his estranged mother (Anne Reid) who is keen to reconnect.

The film focuses on Carl’s gradual loss of control over this situation, battling to get a grasp of his own mind as the world appears to be closing in on him. Jones provides no easy answers, instead continually setting up questions and leaving a lot of things open to interpretation. The choppy style of storytelling is disorienting, jumping backwards and forwards in time, and between flashbacks and perceived reality, all intercut with the same recurring, abstracted imagery, like the repeated shot of a broken chair careening down Carl’s stairs. It’s a style that’s effective for building atmosphere but the slow pacing and oblique nature of the plot might frustrate as the film ultimately proves to be ambiguous to an almost maddening degree.

Appearing on screen for almost the entire run time, Toby Jones is excellent in his portrayal of a lonely, isolated man dealing with strained familial relationships and a past he’d rather forget. Jones is an old hand at playing this kind of meek, troubled man and his performance here calls to mind his excellent work in Peter Strickland’s Berberian Sound Studio where he explores a similar descent into madness.

While the elliptical editing and lack of definitive answers may alienate some, Kaleidoscope is an assured and stylistically daring debut by the Jones behind the camera, with his brother delivering one of his best performances in front of it. 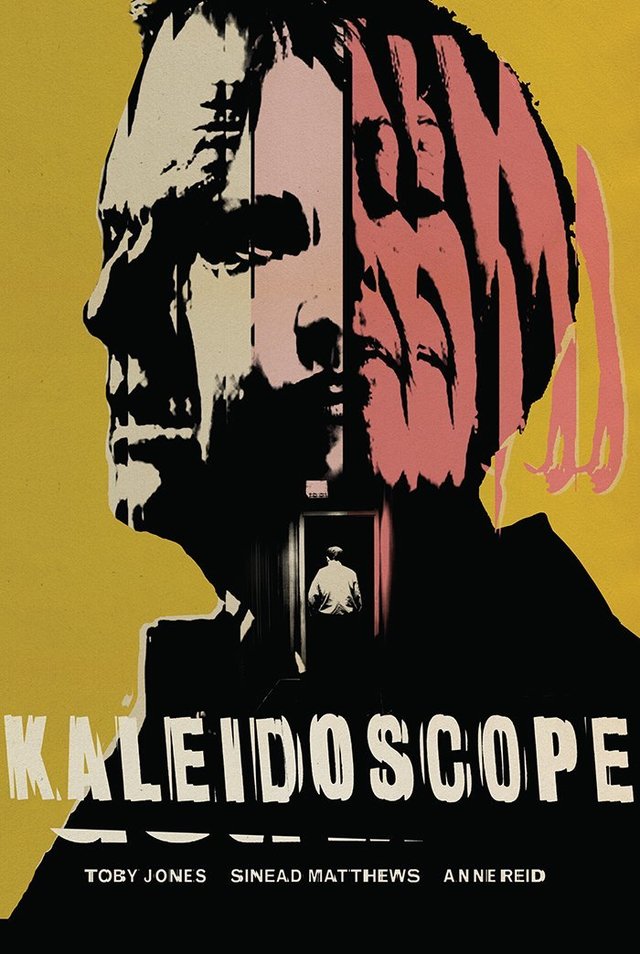