Adapted from his own short film of the same name, Daniel Jerome Gill’s Modern Life is Rubbish is a romantic comedy with an irresistible hook: a young couple relive the highs and lows of their crumbling relationship as they divide their CD collection. It’s a premise as catchy as the various indie tracks that litter the soundtrack and it provides the opportunity to see the various stages of this couple’s life together, from young love to the mounting pressures of adult life. It plays like (500) Days of Summer filtered through Jon Carney’s music-as-life sensibility.

Depending on your feelings about those films, that prospect is either hugely appealing or utterly insufferable. The truth is, Modern Life is Rubbish often lands somewhere in between, with its central romance proving earnest and engaging enough to overcome the clunky rom-com tropes and wonky music industry clichés. Much of that credit goes down to the two leads, Freya Mavor and Josh Whitehouse, who imbue their characters with enough charm to make them worth rooting for, even if the script makes it difficult at times.

In the present day, Natalie (Mavor) and Liam (Whitehouse) are in the middle of a painful breakup, dividing their stuff as she moves out of their shared flat. As they pick over their record collection, the albums take them back to different points in a relationship that’s been largely defined by music. Flashbacks show the couple’s meet-cute in a record shop as Liam obnoxiously mansplains Blur to a bemused Natalie, leading to their first gig, their first kiss, moving in together and eventually the rot setting in as they begin to grow apart.

The problem is that Liam is a passionate musician and perennial dreamer who is hell-bent on being a star, with no regard for the general responsibilities of adult life in the meantime. Natalie is his muse and believes in his talents, with an artistic dream of her own – designing album covers – and the whole scenario is incredibly romantic for a pair of 19-year-olds. But when real life kicks in, Natalie makes certain compromises and begins to grow up in a way that Liam refuses to do, rebelling against the trappings of modern life.

There’s an authenticity and poignancy to the way their relationship plays out, with the weight of reality eventually crushing their dreams and shoving them into normal lives. Though Liam is at times deeply unlikeable thanks to petulant rants about the usual bug-bears people have about modern life – phones, dating apps, iTunes and so on – he is always believable and Whitehouse conveys the struggle between being sure of what you want to do but not having what it takes to make it happen.

Natalie’s side is also completely understandable: she isn’t getting any younger and has had to make sacrifices to support the couple, finding a career that’s starting to take off. Mavor brilliantly charts her gradual shift from idealistic student to a pragmatic adult taking stock of her life. There is of course another man on the scene eventually, in the form of Tom Riley’s Adrian and though the film wisely makes him a genuinely nice and understanding guy, it actually goes too far and he ultimately comes across as a door mat.

While the relationship is well drawn and feels plausible from the off, the musical side of the film feels less authentic. The soundtrack packs in a string of guitar pop hits from the past decade, from Stereophonics to The Kooks to The 1975 but would someone who pines for the days of vinyl and hidden extras in CDs really have such a limited, populist taste in music? The film continually preaches the real art of rock and roll, with two cartoonish turns from Ian Hart and Steven Mackintosh to help hammer it home, but its scope never moves beyond Radiohead and Blur.

By its climax however, Modern Life is Rubbish is warm-hearted enough to work as a sweet, crowd-pleasing romance, with characters that are worth investing in. 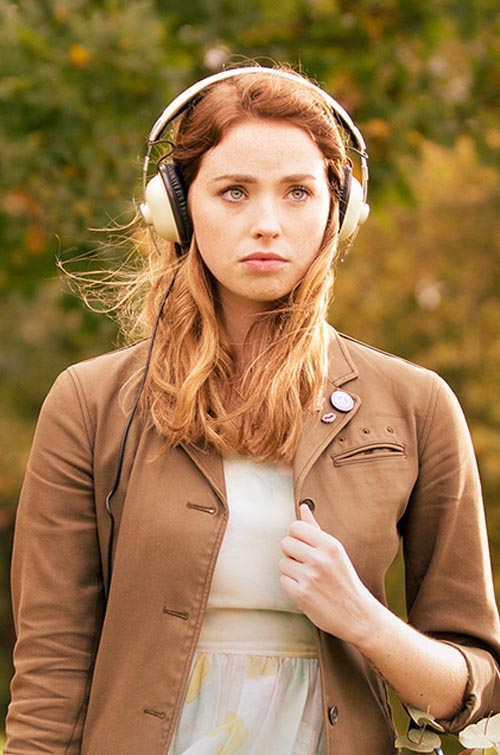