Jon Bernthal and Christopher Abbott are two of the most compelling American actors around at the moment, so who better to pit against each other in a tense, Alaska-set neo-noir thriller? Director Jamie M. Dagg’s sophomore effort Sweet Virginia sees Bernthal and Abbott brilliantly cast as, respectively, a kind-hearted motel owner and an out-of-town psycho who are set on a collision course when a simple hit job gets out of hand.

The set-up is simple: Abbott’s hitman Elwood is hired to kill the husband of Lila (Imogen Poots), a young woman who is sick of his cheating. But Elwood gets a little bit carried away and ends up killing two other men at the same time. This startling crime sends shockwaves through the town, but Elwood isn’t leaving until Lila pays him for the job, something which becomes a problem when Lila discovers her late husband has left her with nothing but debt.

Abbot is on a run of playing bruised macho types in the likes of James White and Katie Says Goodbye and here he brings that brooding intensity to a more outwardly sinister character. He plays Elwood as a man always on the brink of violence, a deep well of rage simmering just beneath the surface and ready to boil over at any moment. Even in ordinary conversation he’s just a little bit off and that unpredictable energy lends tension to otherwise benign dialogue scenes. When Elwood pitches up at the local motel, he latches onto the owner, Sam (Bernthal), finding common ground over their Virginia upbringings.

Though he often plays hulking meatheads, Bernthal often brings a certain level of heart to those characters, something beneath the muscular intensity. Here he dials back that intensity to play nicely against type as a good-natured man seeking a simple life after a past as a rodeo star that has left him with tremors that are only going to get worse. He carries on a sweet affair with the recently widowed Bernadette (Rosemarie DeWitt), whose husband was one of Elwood’s victims.

All of these characters connect and clash against each other in various ways, with the threat of violence always lingering over the film. Whenever Bernthal and Abbot are on screen together, it’s particularly electric as, though they don’t know it, a confrontation is inevitable. Dagg surrounds these characters in a suffocating atmosphere that builds to short, sharp acts of brutality and, eventually, a bloody climax that is as satisfying as it is unavoidable. Though there isn’t a lot going on beneath the surface, Sweet Virginia is nonetheless a visceral delight; a tightly-wound pulp thriller with two exceptional lead performances at its center. 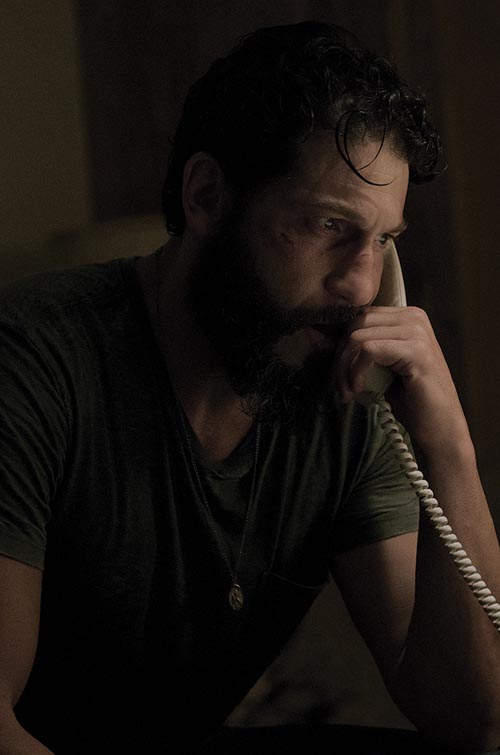