Horror as a genre often seems to be obsessed with itself. It has such well defined tropes and for decades it has been discussing and deconstructing those tropes on screen. Following in the footsteps of the likes of Scream and Cabin in the Woods is Owen Egerton’s Blood Fest, another jokey, self-referential horror where the characters love horror movies and can’t stop talking about the rules of the genre.

It’s gotten to the point where deconstructing those rules has become a cliche in and of itself, and Blood Fest leans heavily on that. The lead here is teenage horror obsessive Dax (Robbie Kay), who’s the kind of kid who hangs out presumably the world’s last DVD rental store and has deep conversations about the rules of horror movies with best friends Krill (Jacob Batalon) and Sam (Seychelle Gabriel). This is particularly galling because not only are we asked to pretend this is the first time we’ve heard this exact same conversation in a film before, but we’re supposed to believe this is the first time that these kids have had this conversation. If Dax is such a huge horror fan, how has he not seen Scream yet?

Anyway, there’s a horror festival coming to town and, against the wishes of his horror-hating father (Tate Donovan), Dax and his friends go along, only to find themselves in the middle of their very own horror film, courtesy of director Anthony Walsh (Egerton himself). Bemoaning the death of the horror genre, he decides to unleash a horde of murderous maniacs on the unsuspecting revellers, filming every brutal kill. As Walsh watches on from his control tower, Dax and co have to make their way across the park to a possible escape route, avoiding zombies, vampires, killer clowns and chainsaw-wielding pigs along the way.

While there’s an appealing energy to Blood Fest and certainly enough gore and genre nods – from slashers to monster movies to torture porn – to appease horror fanatics, it ultimately feels like a redundant exercise in the kind of cliches it’s trying to poke fun at. Having the characters acknowledge something is a cliche doesn’t excuse the fact that it’s still a cliche, and Egerton’s script never really rises above the standard meta-horror observations. It doesn’t entirely work then, but it’s difficult to be too down on a film that’s clearly made with so much love and appreciation for both the genre and its hardcore fans, who will no doubt find a lot to enjoy here. 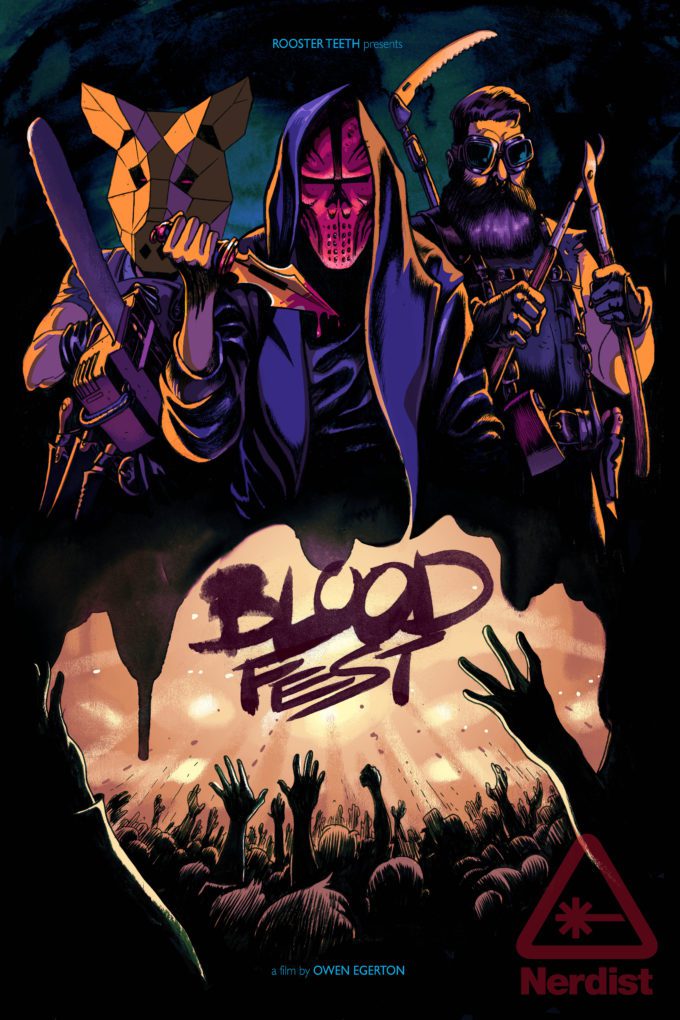