The Scottish Highlands are as menacing as they are majestic in Matt Palmer’s Calibre, a nerve-shredding thriller that sees Jack Lowden and Martin McCann’s city boys caught in a rural nightmare when a hunting trip goes badly wrong. Set in a small town trying to keep itself afloat, the film dabbles with themes of tight-knit community and economic anxiety, but it’s real raison d’etre is suspense and heart-in-mouth tension.

Lowden stars as Vaughn, a mild-mannered Edinburger who has a baby on the way, prompting his best mate Marcus (McCann) to drag him out of the city and up to the highlands for a weekend of deer stalking and hard drinking. They start off with the drinking, finding a local pub where Marcus’ drug-fuelled antics catch the eye of the more-reserved townsfolk, including de facto leader Logan (Tony Curran), who is friendly but stern.

The following day, nursing hangovers, the lads head out on the hunt, with the more-experienced Marcus keen for Vaughn to get his first kill. That he does, only instead of a deer, Vaughn inadvertently shoots – and kills – a young boy on a hiking trip. Vaughn is grief-stricken and prepared to turn himself in before the boy’s father arrives and Marcus kills him, turning an honest accident into a murder and leaving the lads no choice but to cover it up.

Where the film most excels is in its drawn out dialogue scenes, as Vaughn and Marcus try to keep a cool head around the locals and avoid arousing any suspicion. Palmer does a brilliant job of building tension just through dialogue, shifting the tone of characters’ interactions to keep us guessing – are the locals just distrustful of all city-types invading their land, or do they suspect these two in particular are hiding something? A dinner scene in particular is a wonderful exercise in sustained, sweaty-palmed suspense as the boys try to keep it together while enjoying some bloody venison with Logan. Vaughn is a mess of nerves and remorse, while the wily, resourceful Marcus is holding himself together with cocaine and sheer survival instinct.

Palmer keeps escalating the stakes throughout, gradually ramping up the tension as the secret Vaughn and Marcus are concealing gets ever closer to being discovered. As the pressure begins to build, the dynamic between the two friends becomes ever more fraught. There’s a sense early on that Vaughn is only going on this trip to appease an old friend and eventually the increasingly erratic Marcus exploits that friendship and loyalty to keep Vaughn onside.

As the third act progresses, Calibre does take a few leaps in logic to progress the plot, moving things a little too quickly after an effective slow burn up to that point. Despite that, the film plays brilliantly as a Scottish twist on the hostile locals genre – like a Highlands-set Straw Dogs – and Palmer’s masterful command of tension ensures this brutal thriller is genuinely gripping throughout. 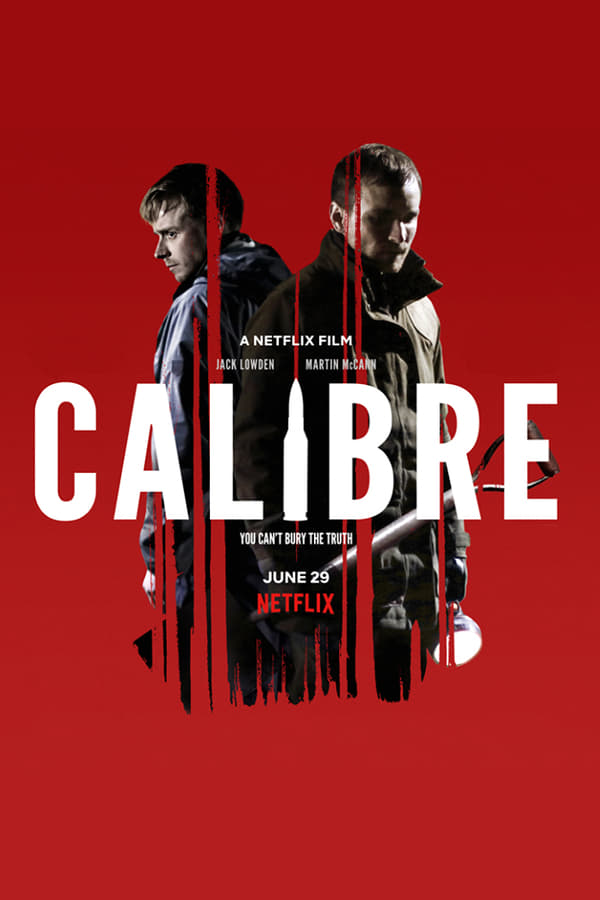