Sixties-set gothic horror The Secret of Marrowbone marks the feature directorial debut of Sergio G. Sanchez, the screenwriter behind J.A. Bayona’s modern horror masterpiece The Orphanage. It’s surprising then that while Sanchez proves to be a strong director with a good handle on tension and a strong visual eye, his overly complex script is the weakest aspect of the film.

The story centers on a young man, Jack (George MacKay) and his three siblings Jane (Mia Goth), Billy (Charlie Heaton) and Sam (Matthew Stagg), who move to a country house in the US with their mother to distance themselves from their murderous father. When his mother succumbs to illness, 21-year-old Jack takes responsibility for his younger siblings, which soon involves protecting them when their father tracks them down. This happens in an early scene and is dealt with so quickly that you know Sanchez is withholding some crucial information.

The secret of what happened on that day looms over the rest of the film. It’s evident from the way the kids seem to have moved on – albeit with a few physical and emotional scars – that something grisly happened to their dad and they’ve come out the other side. But what happened to him? What’s behind the bricked-up door in the house? Is something supernatural afoot, or is it all in the kids’ heads? Sanchez milks this ambiguity in some scenes of genuine suspense, conjuring some haunting imagery and maintaining a sense of creeping dread throughout. For at least the first hour of the film, it is an exercise in sustained, slow-burn tension that is masterfully crafted, from a visual standpoint to the effective sound design.

The problem, however, comes with the film’s plotting. The central horrors affecting the family are complicated by a romantic angle involving a local girl named Allie (Anya Taylor Joy), which leads to a jealous love triangle with a suspicious lawyer (Kyle Soller), who we learn is on the brink of landing a big job in New York City. This added bloat takes away from what could’ve been a lean, tight thriller but instead the muddled plotting distracts from what the film does well. All of the plot strands eventually converge for a third act of big reveals, plot twists and chaos that shouldn’t be spoiled but definitely undercuts a lot of what has come before and ultimately leaves the film’s talented young actors hung out to dry.

Many thrillers of this ilk struggle to stick the landing once their secrets are all laid bare, and how willing you are to go with it often depends on how effective the preceding film has been. The Secret of Marrowbone unfortunately doesn’t accumulate enough good will in its first two thirds to get away with such a lunk-headed, unsatisfactory conclusion. Sanchez wrote one of the great thrillers in recent years in The Orphanage and tonally, there’s a lot of similarities here but his script isn’t anywhere near as tight as that one, even if his directorial abilities impress. 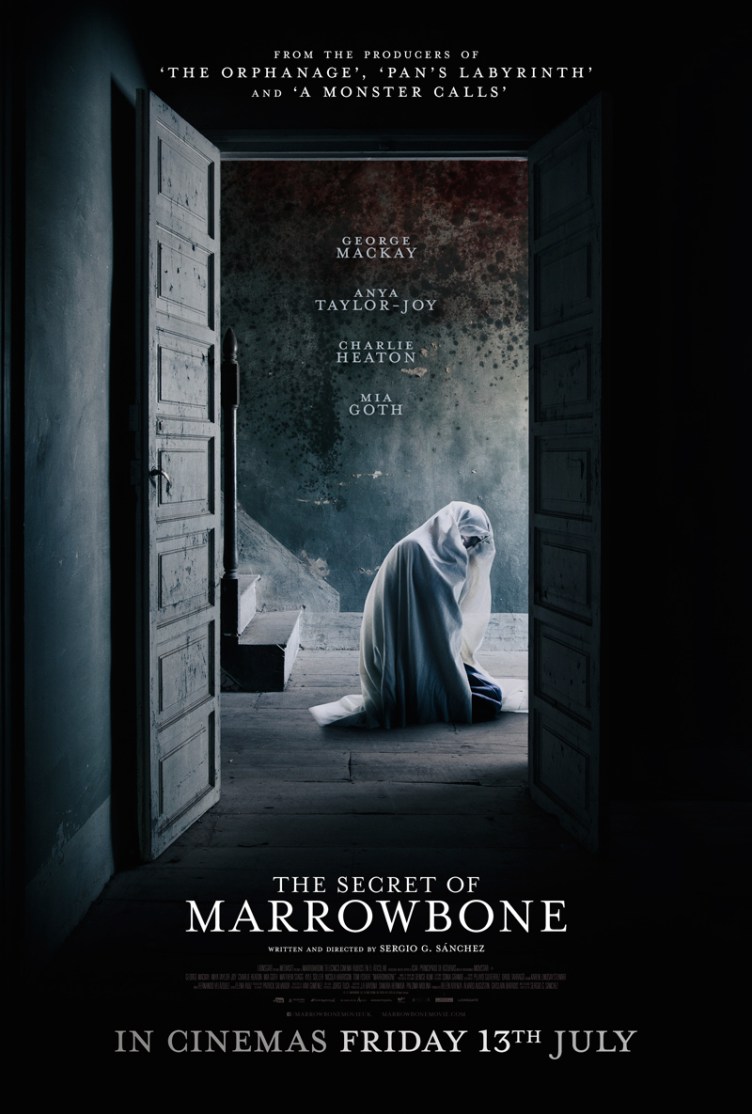