As the opening film for a film festival, Ninian Doff’s raucous crowd-pleaser Boyz in the Wood is a perfect fit. Opening this year’s Edinburgh International Film Festival, the film is a gleefully silly Highland-set genre comedy that pits four teen boys against not only the Scottish wilderness, but also a couple of murderous toffs. Shot with real verve and energy, the film brings to mind the likes of Edgar Wright’s Hot Fuzz and Joe Cornish’s Attack the Block.

The group consists of three friends – Dean (Rian Gordon), Duncan (Lewis Gribbin), DJ Beatroot (Viraj Juneja) – and outsider Ian (Samuel Bottomsley). Together they are in the Highlands to attempt to win the Duke of Edinburgh award, a prize for orienteering that always looks good on university applications. For stickler Ian, it’s an important step on the way to a good career; for the other boys, it’s a punishment for years of slacking and misbehaviour.

Once the boys’ teacher leaves them to it, it doesn’t take them long to get lost. With slacker Dean, dopey Duncan and wannabe rapper DJ Beatroot all more interested in smoking weed and having a laugh, it’s down to Ian to drag his new acquaintances to the campsite. But along the way, the lads are stalked by a couple of tweed-clad, old money types (Eddie Izzard and Georgie Glen) with a disdain for the current generation and a penchant for picking them off with a rifle.

Doff, making his feature debut here, directs with pace and style, with his background in music videos showing through. He sets all of the action here to a thumping hip-hop soundtrack, which is an effective – if obvious – juxtaposition to the geeky Scottish kids trekking around fields. Doff does a good job of steadily escalating the action, and as the film’s stakes grow, the director finds himself more in his element. Particularly once the characters indulge in some hallucinogenic rabbit droppings, which lets Doff get playfully inventive with his visuals, creating a fresh and interesting spin on the well-worn drug trip imagery.

Where Doff is less-assured is in his writing, where the film is ultimately a mixed bag. Though there’s a nice line in genuinely hilarious, puerile humour and some effective sight gags, the main characters are largely archetypal, which sinks some moments later in the film that are supposed to be impactful. Though all of them are well played by the young leads, there’s nothing particularly new or insightful about any of them. In the case of DJ Beatroot, though he has some fantastic lines, the sheltered suburban kid masquerading as a gangster rapper trope feels just a bit tired and obvious at this point.

A late turn toward a class and generational divide message feels underdeveloped and flimsy, and a subplot involving local police doesn’t feel entirely necessary. But all of this is enlivened by a talented cast – including fun supporting turns from Izzard, Kate Dickie, Kevin Guthrie and Alice Lowe – and directed with such gusto that, despite its missteps, Boyz in the Wood’s unabashed silliness and youthful exuberance are hard to resist. 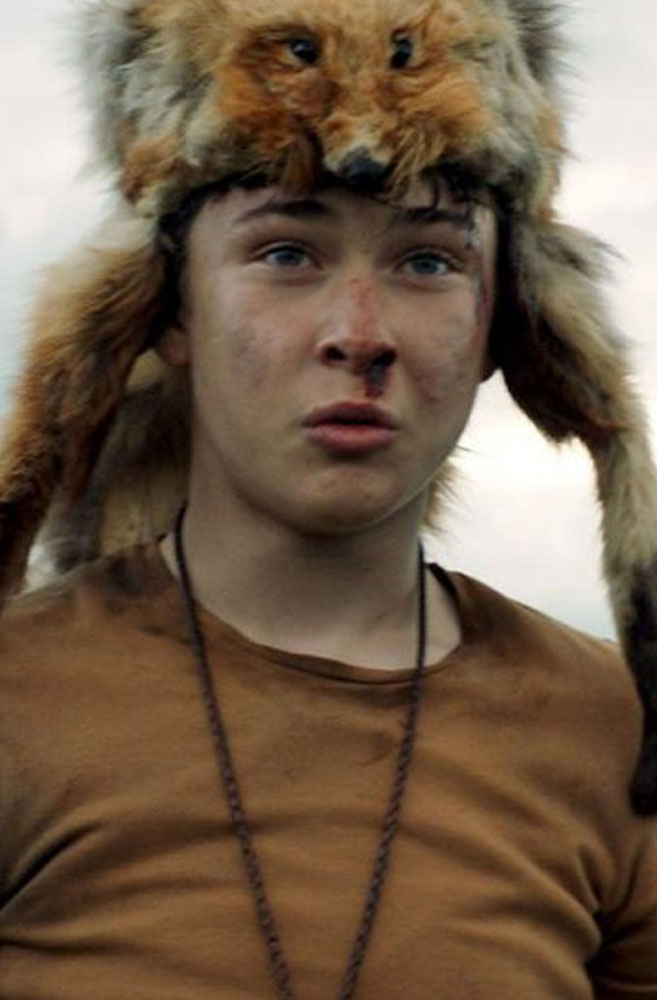