The classic American road movie is given an Irish twist in Elfar Adalsteins’ feature-film debut End of Sentence, a touching exploration of a fractured father/son relationship. The never-ending highways and seedy motels of the US are replaced by the lush greens and winding country roads of Ireland as a recent widower and his estranged son head to the Emerald Isle to scatter his late wife’s ashes.

The film is moving from the off, opening on a scene of Frank (John Hawkes) and his wife, Anna (Andrea Irvine), visiting their son Sean (Logan Lerman) in prison. Anna is asked to remove the bandana that conceals her bald head, hinting at the extent of her illness. Next we see of Frank, he’s returning to the prison – alone – to meet Sean upon his release, hoping to convince the boy to accompany him to Anna’s homeland of Ireland and scatter her ashes. Sean is reluctant: a traumatic childhood incident has left him estranged from his father, but he is of course persuaded and together they set out to fulfill Anna’s dying wish.

The father/son dynamic is at the centre of everything here and it’s a rich and textured relationship that’s unusual in that the roles are in some ways reversed. Frank is a meek and mild-mannered man, reserved and polite almost to a fault. It’s Sean who is the more forceful of the two, frustrated at his father’s quiet nature and trying to push him into standing his ground. Both men have been impacted by abuse in the past and it has affected them in different ways, stunting them both individually and driving a wedge between them. But over the course of the trip, old family secrets come to light as the men learn not just about each other, but about Anna’s past and a life they had no idea she lead in Ireland. All of this is further complicated by the arrival of a hitchhiker (Sarah Bolger), who tags along for the trip and strikes up a relationship with Sean.

The script, by Michael Armbruster, builds these relationships sensitively, and Afalsteins directs with a light touch, ensuring the film never cracks under the emotional weight of some of the material. But what truly makes the film soar are the performances, with Hawkes and Lerman both delivering wonderfully nuanced portrayals of damaged men reconnecting at a painful time. Hawkes’ performance in particular is a masterclass in restraint, devoid of histrionics, with all of Frank’s anguish kept beneath the surface until it eventually spills out in a believable, heartbreaking way.

Setting this story in Ireland proves to be a masterstroke, with its picturesque vistas and warm, melancholic vibe meshing perfectly with this tender story. A sing-a-long in a local pub provides one of the film’s most poignant moments, while a stirring scene in a beautifully still lake could warm even the chilliest of hearts. It’s one of many scenes in End of Sentence that is deeply moving, something the film achieves not by strenuously tugging at the heart strings, but by depicting grief, anger, pain and love in a genuine, human way, brought to life by two fantastic central performances. 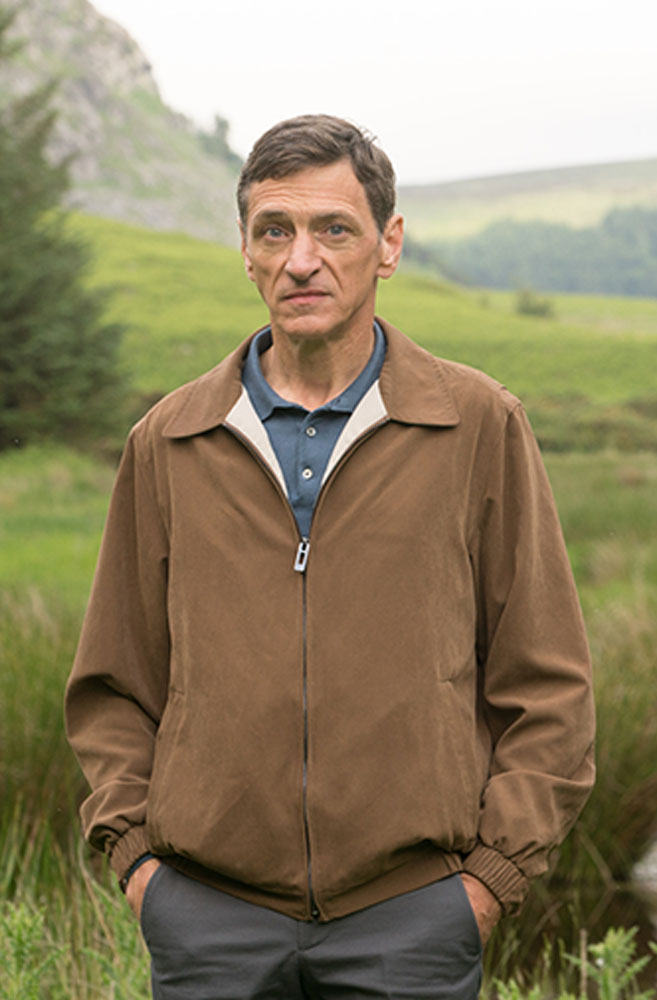