Joel Coen describes directing as “tone management”, and this is a phrase to bear in mind when you see something like Strange But True, the new thriller from director Rowan Athale. This is a film that’s so tonally muddled, it’s difficult to figure out what kind of film Athale set out to make.

The plot focuses on Phillip (Nick Robinson), who has moved back to his small town home to recoup after breaking his leg in New York. Phillip’s rehabilitation is disturbed by the reappearance of Melissa (Margaret Qualley), who claims to be carrying his brother Ronnie’s baby – the only problem is, Ronnie died five years ago.

The mystery of Melissa’s pregnancy drives the plot, with the possibility of medical intervention, illicit affairs and, of course, divine intervention all in the mix. What begins as a sombre drama about family dynamics in the wake of a tragedy, eventually takes a sharp left turn into icky thriller territory, all of it undercut by a clumsy script and leaden dialogue. Some of the lines here are so clunky that even reliable stalwarts like Brian Cox and Amy Ryan struggle to make them sound like something real human beings would actually say.

To its credit, Strange But True’s twists and turns are genuinely surprising, though not necessarily in a good way. Athale doesn’t manage to balance the tonal shift from the secrets-and-lies family drama to the grimy, exploitative thriller the film becomes. As a result, the third act doesn’t feel earned at all, just farcical and implausible, stretching the film’s credibility beyond breaking point. 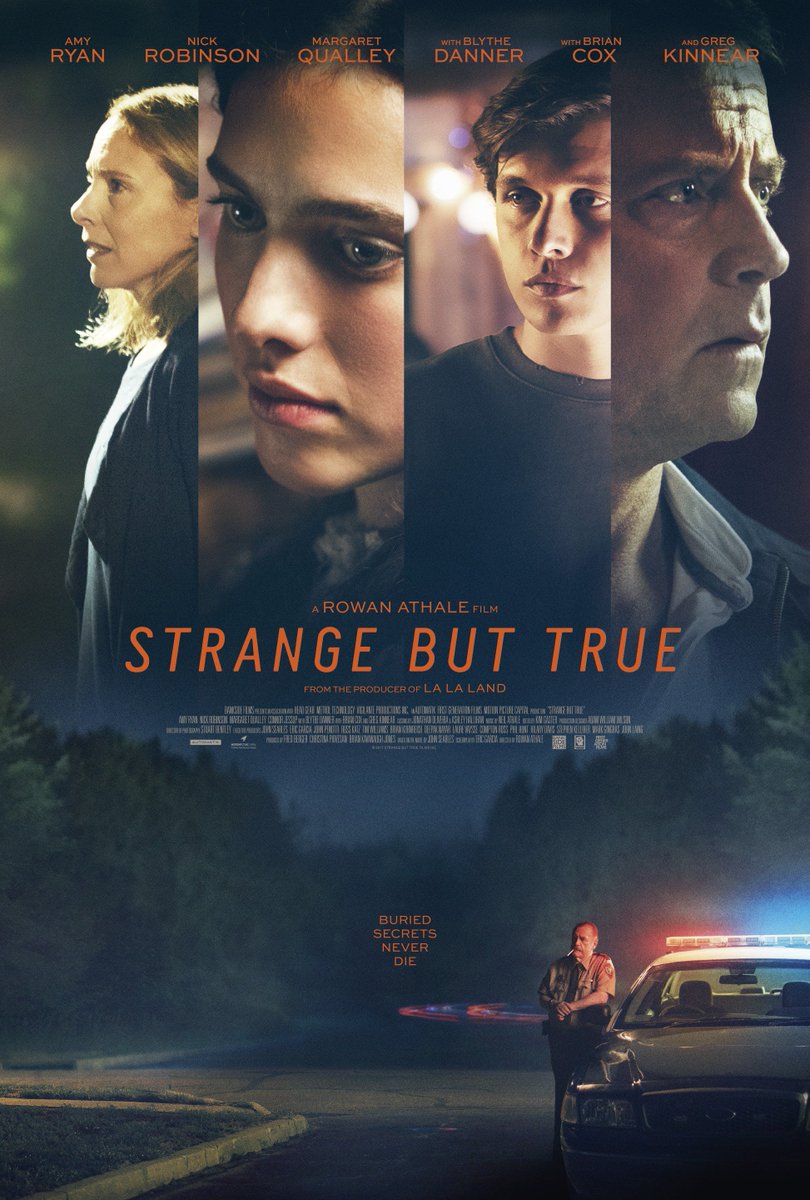